For the mahagathbandhan, the Congress proved to be the weak link in the chain. Of the 70 seats it contested, the party won only 19, which meant the alliance couldn't cross the majority mark despite the RJD emerging as the single-largest party, and the Left's strong show. 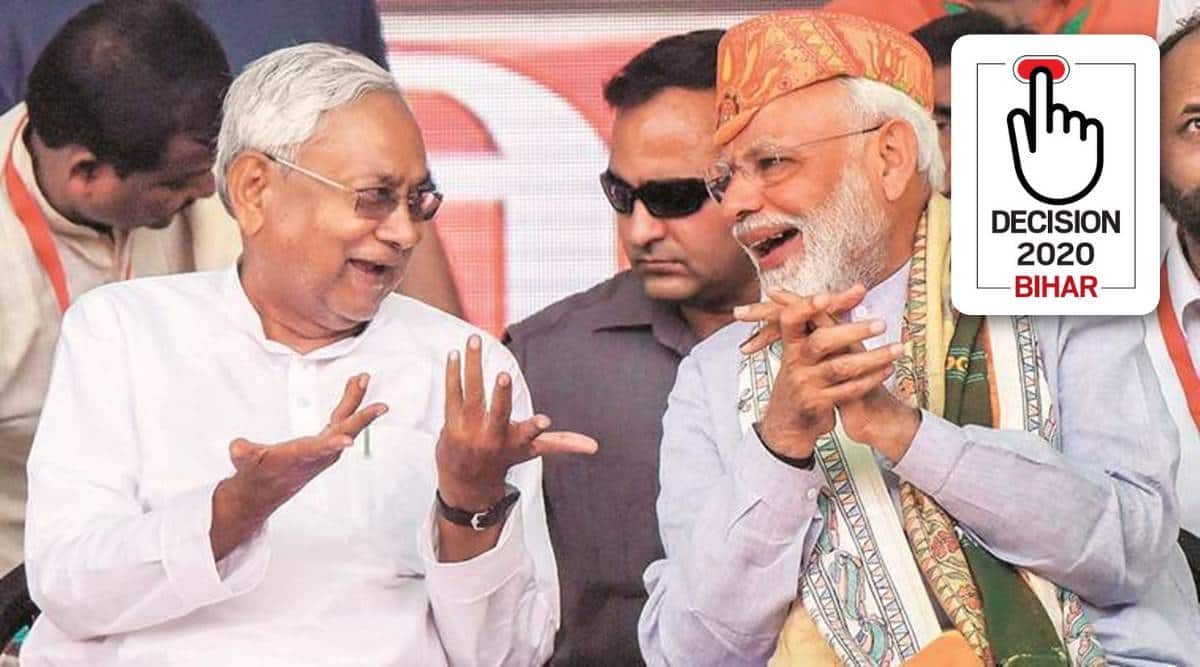 In a nail-biting contest that went down to the wire, the NDA edged past the Mahagathbandhan to win the Bihar elections even as BJP emerged as the senior partner in the alliance for the first time in decades. The NDA has won 125 seats, just clearing the majority mark in the 243-member Assembly. The Opposition Grand Alliance won 110 seats, with the RJD emerging as the single-largest party with 75 seats.

The BJP has won 74 seats, way above the JD(U)’s 43. The smaller NDA allies, Hindustani Awam Morcha and the Vikassheel Insaan Party, both won four seats each.

Even though the BJP top brass has repeatedly announced that Nitish Kumar would return as the chief minister for a fourth term irrespective of the seats won by the two allies, the strong show by the saffron party is likely to change the power dynamics within the ruling alliance, and the BJP will now be more assertive in pushing its agenda.

As per preliminary analysis, the JD(U) has been hit hard in these polls by Chirag Paswan-led Lok Janshakti Party. Paswan’s strategy –– who cited “differences” with JD(U) to announce exit from the NDA –– of praising Prime Minister Narendra Modi and hitting out at Nitish Kumar, seems to have been instrumental in JD(U)’s defeat in more than 30 seats, even though the party itself won just one seat.

JD(U) spokesperson K C Tyagi said a “sinister” campaign was run against Nitish Kumar as part of a “conspiracy”. “Apne bhi shamil the aur begane bhi (Our own also harmed us along with the outsiders),” he said, without taking any names.

Despite the anti-incumbency against Nitish Kumar, primarily because of his ineffective handling of the Covid-19 situation in the state and of the reverse migration of workers, voters The Indian Express spoke to had been unanimous in their view that the JD(U) regime worked towards new roads, providing drinking water and electricity.

From a state left languishing at the bottom of most charts, Bihar grew steadily, clocking above-average growth rates and an increase in spending power during Nitish’s 15 years as CM.

What has also stood NDA in good stead is its development plank and the popularity of Prime Minister Narendra Modi, helping the BJP expand its social base among backward classes and Dalits besides support from the upper castes. Nitish’s own vote bank of Kurmis, Keoris and women voters also seems to have helped.

However, the BJP might continue to treat the JD(U) with kid gloves as it can’t afford to lose another ally with crucial Assembly elections ahead in West Bengal, Assam, Tamil Nadu and Kerala next year. Letting Nitish keep the CM post will help the BJP overcome the criticism of being a not-very-trustworthy coalition partner.

For RJD, which emerged as the single largest party, the elections herald Tejashwi’s coming out of his father Lalu Prasad Yadav’s formidable shadow and the RJD’s own evolution from a “samajik nyay” (social justice) party to that of one standing for “arthik nyay” or economic justice.

For the mahagathbandhan, the Congress proved to be the weak link in the chain. Of the 70 seats it contested, the party won only 19. This meant the Opposition couldn’t cross the majority mark despite the RJD’s single-largest tally of 75 and the Left parties’ significant 16 seats. The Opposition campaign had been powered through with Tejashwi’s energetic rallies and the party’s promise of 10 lakh government jobs.

In the third front, the AIMIM was the dark horse, winning five seats and damaging the mahagathbandhan in several others. The BSP won one seat. The RLSP, whose chief Upendra Kushwaha was the CM face of this front, could not open its account.

From December 7, suburban trains to run in all four directions from Bengaluru
India News

Ram Charan rejects but Mahesh Babu ready to accept it?
We and our partners use cookies on this site to improve our service, perform analytics, personalize advertising, measure advertising performance, and remember website preferences.Ok