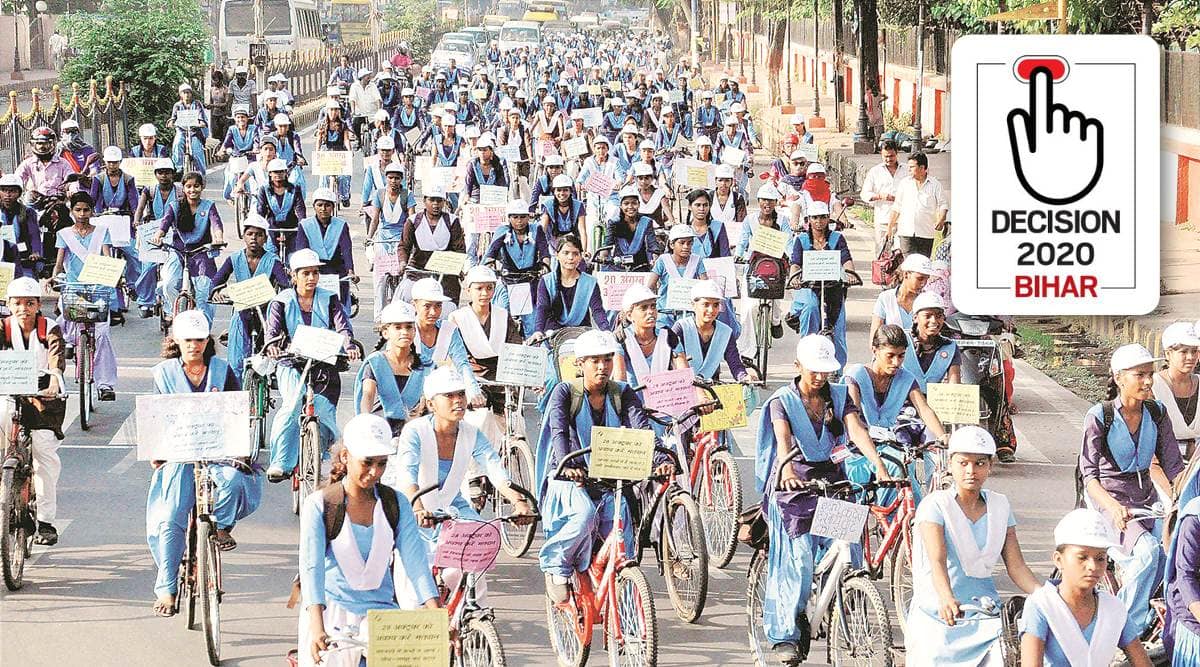 As Bihar heads into an election that promises to be a battle of proxies fought between former and present allies, on the state’s economic conditions alone, Chief Minister Nitish Kumar seems to have a clear edge. The state has improved in the last five years in terms of growth of the gross state domestic product (GSDP), agriculture, expenditure on health and education, as well as infrastructure.

Before the 2015 Assembly elections, Kumar called off his decade-old relationship with the BJP-led NDA and opted to go to polls with his long-time political foe Lalu Prasad’s Mahagathbandhan. The alliance got elected, but could not last the term. Two years later, in 2017, Kumar walked out of the Mahagathbandhan partnership to return to the NDA and continue as CM.

The political see-saw seemed to have had its effect on the GSDP. In 2015-16, the growth rate fell to 7.6%, much lower than Nitish’s previous two terms, albeit still higher than the national growth rate. However, Bihar continues to remain plagued by negligible income and growth in its industrial sector — reflected both in its liabilities and revenue receipts. In his 15 years, Nitish has not managed to make a major dent in the outstanding liabilities — in just the period between 2015 and 2019, these grew from Rs 1.16 lakh crore to Rs 1.68 lakh crore. Bihar’s revenue receipts, meanwhile, have consistently fallen short of budgeted estimates. The high of Rs 14,823 crore in 2017-18 had fallen to less than half, Rs 6,897 crore, in 2018-19.

At the beginning of this Assembly’s term, 2015-16, when the industrial sector grew at 7.1%, it contributed only 19% of the GSDP. This was far below the national average of 30%, and nearly half the average contribution of the industrial sector even in neighbouring Jharkhand (when Bihar and Jharkhand split into two states, the smaller partner cornered the lion’s share of its industries).

While rising since then, the contribution of the industrial sector to the GSDP was still only around 20% in 2017-18 (the national average was 31.2%, while the Jharkhand figure stood at 37.1%).

At the end of 2016-17, only about 2,900 of Bihar’s estimated 3,531 factories were operational, employing on an average 40 people each. The national average is nearly double, 77 workers. The average salary per annum per worker in Bihar then was a dismal Rs 1.2 lakh, again less than half of the national average of Rs 2.5 lakh. 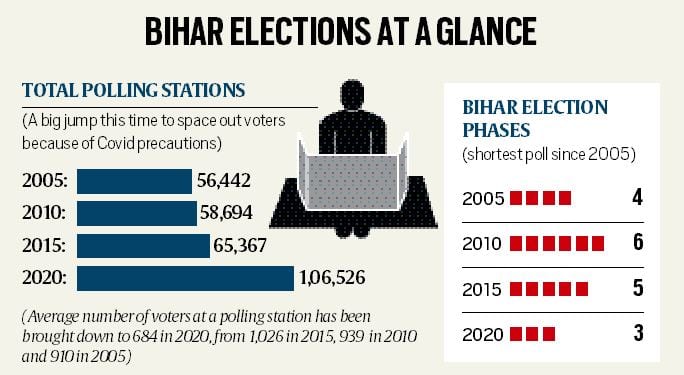 The growth in agriculture and allied activities, on the contrary, a priority for the JD(U) government, has been slow but steady. About 70% of Bihar’s workforce is dependent on agriculture. The share of agriculture in the GSDP stood at 20% in 2017-18, up from 18% five years ago. With an average annual growth rate of 4.4% over the past five years, the production of major crops like maize, rice and wheat has grown despite a fall in the net sown area.

Agriculture has also done well despite the government’s own fluctuating contribution. In 2015-16, the total expenditure on agriculture and allied activities stood at Rs 4,119.9 crore, or 11% of the state’s total spend on economic services. In 2016-17, this came down to Rs 2,414.4 crore, while in the following fiscal, it jumped back to Rs 5.724.1 crore. Public expenditure on agricultural research has also seen a decline over the past five years.

Microfinance to small and marginal farmers remains an issue — despite them making up 91% of the state’s farming community, holding an average landholding of 0.4 hectares.

On the other hand, Bihar, historically in the lowest rungs of human development indexes such as health and education, has been catching up on spending in the social sector under Nitish. For 2020-21, Deputy CM and Finance Minister Sushil Kumar Modi has allocated Rs 39,351 crore for education, sports, arts and culture. This is substantially higher than the Rs 22,027.9 crore allocation in 2015-16 (17% of the state budget), of which Bihar managed to spend Rs 19,385.6 crore. The state has been trying to stem its high dropout rates, which stood at 52.5% for girls and 59% for boys at the secondary school level in 2015-16.

Similarly, the Nitish goverment’s budget of Rs 10,602 crore for health and family welfare programmes in 2020-21 is more than double the Rs 4,971.6 crore allocation in 2015-16. The spending on health and family welfare in 2020-21 is likely to be considerably higher due to the Covid-19 pandemic, apart from the expenditure as Bihar tries to ramp up its district and referral hospitals, as well as the number of health centres from 114 per 10 lakh people currently.

The progress has been slow. Only one district hospital was constructed and made functional by the state government between 2012 and 2019, whereas the number of referral hospitals has remained stagnant at 70. The number of primary health centres also has unremained virtually changed, with the last count 533 in 2019, same as for the previous seven years.