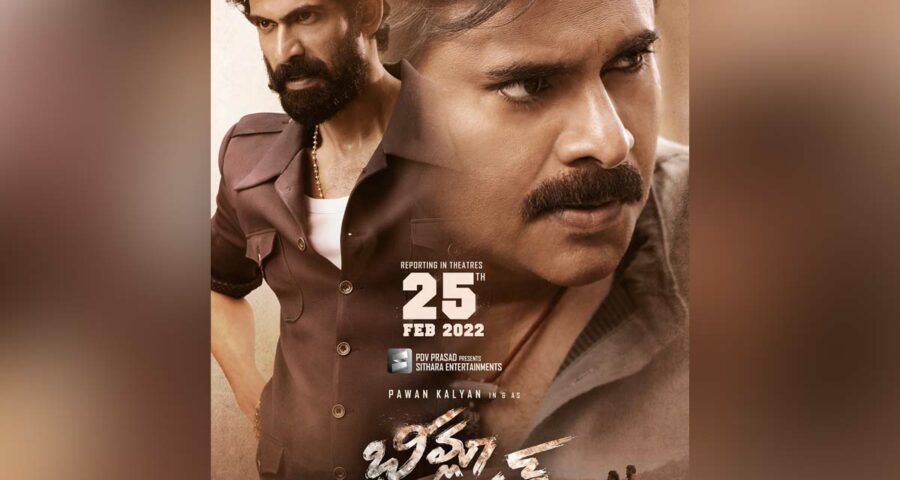 Bheemla Nayak Box Office Collections:  As the Telugu multi-starrer ‘Bheemla Nayak’  starring Power Star Pawan Kalyan and Rana Daggubati gears up for release on 25th February,  the team of this film is busy in the promotional activities. Now according to the latest report, the movie Bheemla Nayak  starring Pawan Kalyan and Rana Daggubati, has grossed over $200K from premieres pre-sales in the USA.  Saagar K Chandra’ magnum opus Bheemla Nayak which  has grossed over $200K from US premieres pre-sales is a stellar feat. The traders are expecting that the movie will emerge as one of the highest opening day grossers in the USA.

If reports are to be believed, the digital rights of this much hyped big budget drama  Bheemla Nayak have been sold to OTT giant Disney+ Hotstar for a record price. Meanwhile the makers are busy preparing a blasting theatrical trailer, which will be unveiled very soon.

Pawan Kalyan and Rana Daggubati are reprising the role of Biju Menon and Prithviraj Sukumaran from the Malayalam’s original movie ‘Ayyappanum Koshiyum’. The movie has two actresses- Nithya Menen and Samyuktha Menon as the leading ladies. Trivikram Srinivas has penned the screenplay for the S Thaman’s musical venture.

On the otherside, Pawan Kalyan is also working with Harish Shankar for the upcoming movie ‘Bhavadeeyudu Bhagat Singh’.