The LJP was instrumental in the defeat of Chief Minister Nitish Kumar-led JD(U) in at least 36 seats which is evident from its vote share, and the BJP would also have been hit hard if the regional party had gone all out against it in a similar manner, the sources claimed. 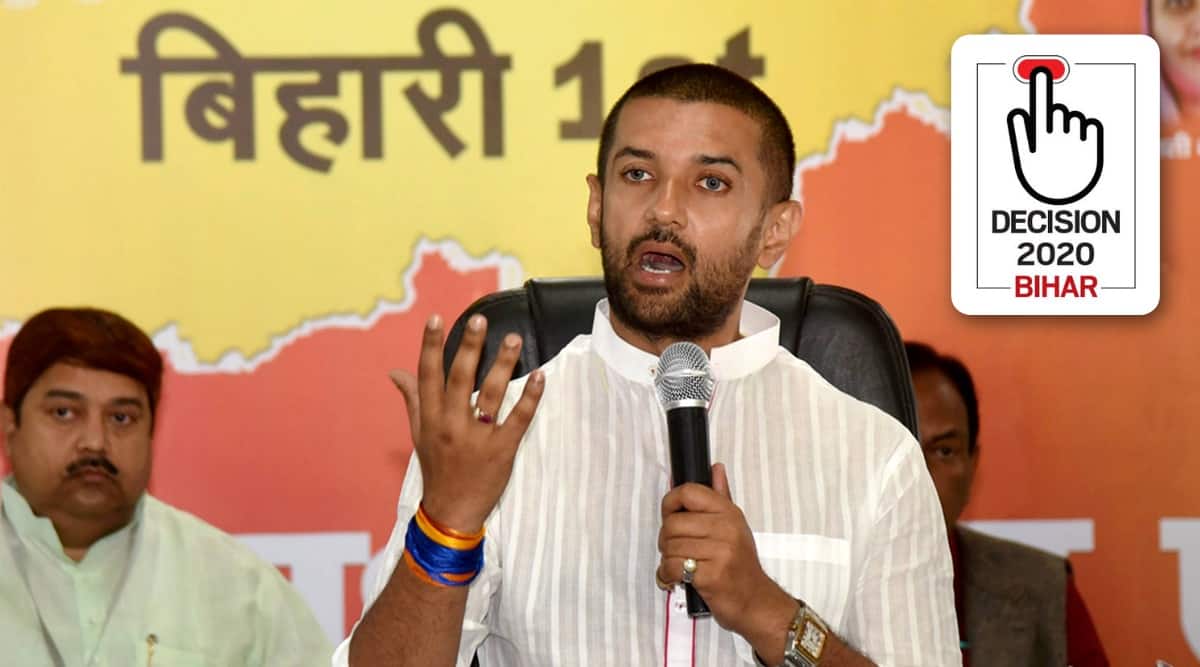 With questions being raised about the Lok Janshakti Party’s prospects after it won only one seat in the Bihar assembly polls, party sources on Sunday cited its “influence” in “changing” results in over 40 seats to assert that it will continue to have a key presence in the state politics.

The LJP was instrumental in the defeat of Chief Minister Nitish Kumar-led JD(U) in at least 36 seats which is evident from its vote share, and the BJP would also have been hit hard if the regional party had gone all out against it in a similar manner, the sources claimed. The LJP might have won only one seat, but it has underscored its presence by fetching 5.7 percent votes, the party sources said.

They noted that the party put up candidates in only six seats where the BJP was in the fray while contesting on almost each of the 115 seats where the JD(U) contested in the elections to the 243-seat Bihar assembly polls.

With the JD(U), hit hard by the LJP in the elections, likely to oppose any friendly vibes to the party by its ally BJP, the sources in the Chirag Paswan-led party claimed that it was offered only 15 seats to contest in the polls, leaving it with no option other than to fight on its own. So far, there has been no official word from either the BJP or the LJP about the number of seats it was offered.

LJP sources said their party could not have accepted only 15 seats after having six Lok Sabha MPs and one Rajya Sabha member in Ram Vilas Paswan, whose death has necessitated a byelection to the seat. “We had the option of either crossing over to the opposition or fighting on our own with a focus on seats being contested by the JD(U) as its reluctance was the main reason the LJP was offered only so few seats,” an LJP leader said, adding that its decision was driven by the desire to cause minimal harm to the BJP.

The NDA scraped through in a close contest with the RJD-Left-Congress alliance by winning 125 seats against the opposition’s 110. The JD(U) suffered heavy losses as its tally fell to 43 from 71 in the 2015 polls. The LJP, which had two seats in the outgoing assembly, won only one seat while the BJP emerged victorious in 74.

Chirag Paswan has insisted that his party might have left the NDA in Bihar, but it remains a member of the ruling alliance at the Centre. It remains to be seen what shape the LJP’s relations with the BJP at the Centre take as the party’s political presence is confined to Bihar where JD(U) leaders have expressed their opposition to any ties with Chirag Paswan’s party.

In his campaign, Paswan was strongly critical of Nitish Kumar and praised Prime Minister Narendra Modi.

15 celebrities who defied the odds by getting married in 2020

Bigg Boss 14: Kavita Kaushik’s husband on Aly Goni’s behaviour — My relatives who are in the police are asking me If I want to take action against him
Cities News

‘Another 26/11 is nearly impossible’: Rajnath Singh at HT Leadership Summit
We and our partners use cookies on this site to improve our service, perform analytics, personalize advertising, measure advertising performance, and remember website preferences.Ok