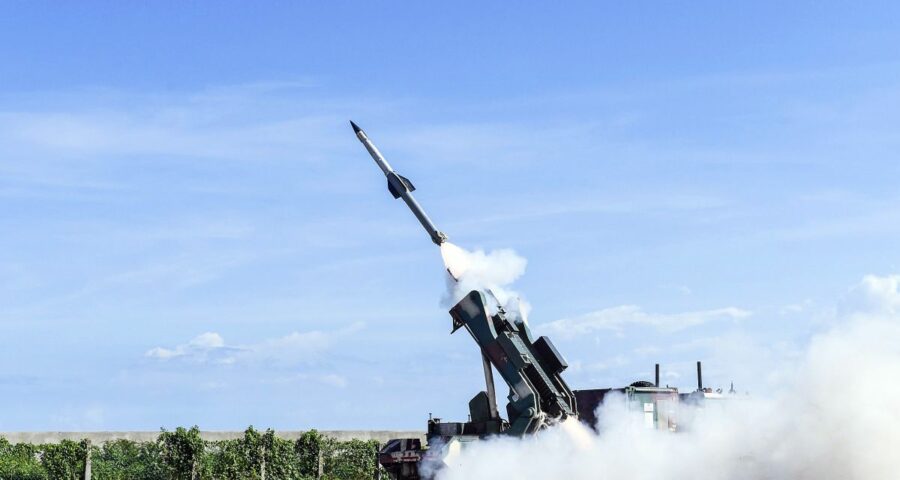 The QRSAM system is unique in its ability to operate on the move, searching for and tracking enemy targets; and then fire on a short halt. 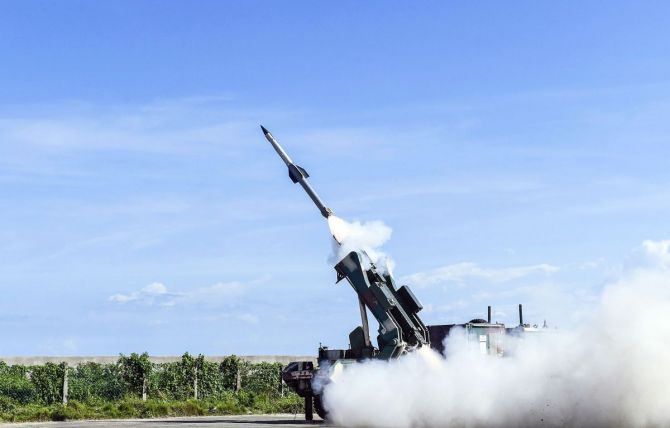 On the morning of February 27, 2019, Pakistani fighter aircraft crossed the Line of Control near Naushera, in what they called Operation Swift Retort — a retaliatory strike on India to avenge the previous day’s strike by the Indian Air Force on a terrorist establishment in Balakot in Pakistan.

In the fog of war that prevailed that morning, both sides claimed downing a fighter from the other side.

But what went uncontested was that a single missile, fired at an IAF Mi-17V5 helicopter from an Israeli Spyder quick-reaction surface-to-air missile (QRSAM) system that the IAF had deployed to protect the Srinagar air base, had shot down the chopper and killed six passengers and a single civilian on the ground.

The IAF is no longer going to rely on Israeli Spyder QRSAMs. On Thursday, the Indian Army successfully conducted six flight-tests of an indigenous QRSAM system at Chandipur, off the Odisha coast.

The QRSAM, which has a range of 30 kilometres, was designed and developed by the Defence Research and Development Organisation. The test launches constituted the final part of evaluation trials by the Indian Army.

They involved firing at high-speed aerial targets that were mimicking incoming aircraft in various profiles. The aim was to evaluate the QRSAM’s capability to shoot down all kinds of incoming threats — manned aircraft, drones and missiles — in all profiles.

‘The system performance was also evaluated under day and night operation scenarios,’ said a DRDO statement.

‘During these tests,’ the defence ministry stated, ‘all the mission objectives were met establishing pin-point accuracy of the weapon system with state-of-the-art guidance and control algorithms, including warhead chain.’

‘The performance of the system has been confirmed from the data captured by a number of range instruments like telemetry, radar and electro-optical tracking systems deployed by the test range. Senior officials from DRDO and the Indian Army participated in the launches,’ the defence ministry added.

The development of the indigenous QRSAM by the DRDO was sanctioned in 2014 with a project cost of Rs 476.43 crore (Rs 4.76 billion). It was to be completed by July 2017, but that date was extended owing to ‘technology challenges’, according to a report of Parliament’s Standing Committee on Defence.

Thursday’s tests were conducted in the final deployment configuration. That means that the missile systems included all the indigenously-developed sub-systems that it incorporated. That included the missile with an indigenous radio frequency seeker, a mobile launcher, fully automated command and control system, surveillance and multi-function radars.

The QRSAM system is unique in its ability to operate on the move, searching for and tracking enemy targets; and then fire on a short halt. The missile is launched from a canisterised launcher that carries six missiles.

The single-stage, solid propellant missile has a mid-course inertial navigation system with a two-way data link and terminal active seeker that the DRDO has developed indigenously.