When farmers harvest humungous crops, as they have done in Bihar with maize since the mid-2000s, it generates opportunities beyond cultivation and sale of produce. Nowhere is this more evident than in the business of warehousing and lending against grain stocked by farmers, traders, feed millers and starch manufacturers.

Purnea district — home to Gulab Bagh, the country’s biggest wholesale market for maize — alone today has warehouses that can together store some 6.5 lakh tonnes (lt) of the feedgrain. Other districts with significant estimated maize storage capacities are Katihar (2 lt); Begusarai (1.5 lt); Araria, Khagaria, Muzaffarpur and Vaishali (50,000 tonnes each); Saharsa and Samastipur (40,000 tonnes each); Supaul (20,000 tonnes); and Madhepura and Motihari (10,000 tonnes each).

“Bihar’s available capacity to store maize is roughly 13.2 lt. Much of it has come up since around 2013-14, by which time the state was already a major corn producer as well as exporter,” notes Unupom Kausik, president of the National Collateral Management Services Ltd (NCML), India’s largest private sector agri-logistics company.

NCML has 2.16 lt of warehousing capacity in Bihar, both leased and owned. The latter includes a 38,200-tonne state-of-the-art silo complex, established in June 2017, with facilities for cleaning and cooling loose maize brought by farmers. It also owns dry warehouses – these store grain in jute/polypropylene bags – of 19,800 tonnes capacity in Purnea and another of 16,200 tonnes at Samastipur.

“Before 2013-14, Bihar had hardly 3-4 lt capacity. Even the warehouses that existed were small and scattered. The grain that farmers or traders brought had to, therefore, be straightaway dispatched by rail from rake points (such as Purnea, Jalalgarh, Ranipatra, Katihar, Semapur, Khagaria, Mansi, Barauni, Saharsa, Forbesganj and Kishanganj). Organised warehousing has made it possible to store grain within Bihar and stagger sales. Bihar corn also fetches better prices now than earlier, when finding rakes during the peak marketing season (April-June) was itself a problem,” says Kausik.

Bihar produces 60-65 lt of maize annually, nearly a quarter of the country’s total. Most of its crop is grown during the rabi winter-spring season and harvested after April, when there is very little production in the rest of India. There is money, then, to be made from stocking Bihar’s maize and selling through April-October, before the arrival of the post-monsoon kharif crop in South India, Madhya Pradesh and Maharashtra.

Besides NCML, another important and rising warehousing player in Bihar is Arya Collateral Warehousing Services Ltd (ACWS). In 2019-20, its 220 warehouses across the state stocked 3.14 lt, three-fourth of which comprised maize and the balance wheat, paddy and rice. ACWS, unlike NCML, only leases and does not own any warehouse. 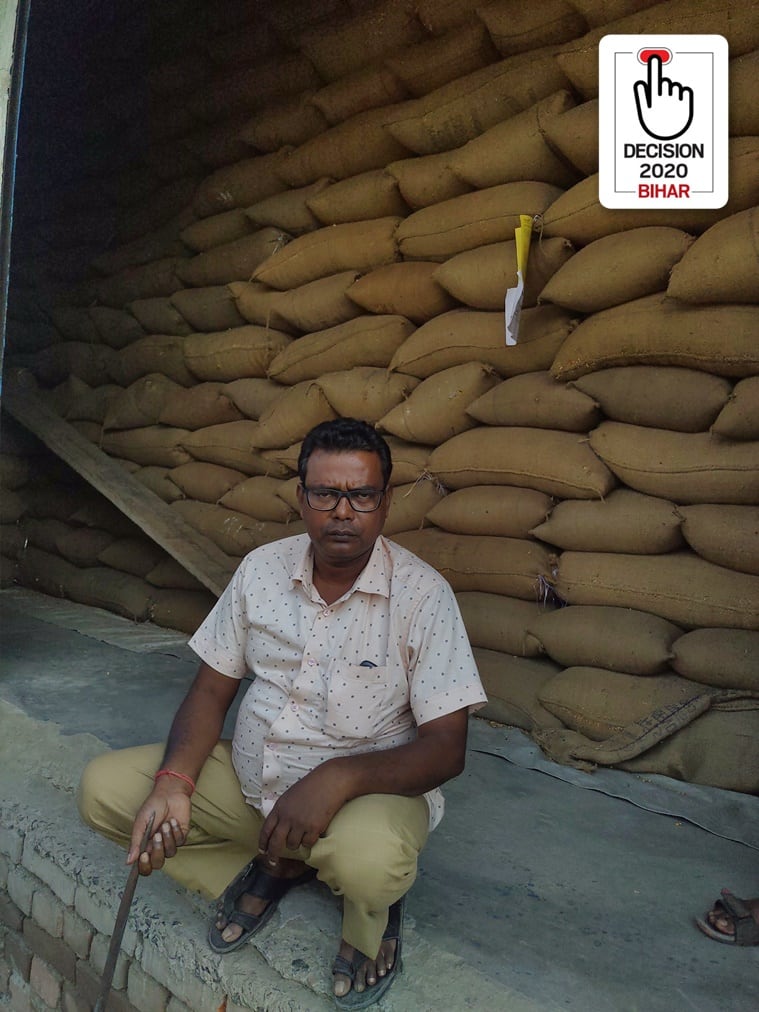 “We also prefer operating in the interiors. Since renting space is cheaper there, we are able to offer warehousing services (inclusive of storage, insurance and fumigation charges) at Rs 8-9 per quintal per month, as against Rs 12-14 in places like Purnea that already have substantial storage capacities,” says Prasanna Rao, managing director of ACWS.

Rao’s company grossed about Rs 125 crore last fiscal from managing 1,300-odd warehouses with 21 lt aggregate capacity all over India. A fifth of that revenue came from Bihar. ACWS has, more recently, ventured into agri-lending through a wholly owned subsidiary, Aryadhan Financial Solutions Pvt. Ltd. The latter has cumulatively disbursed Rs 250 crore worth loans, a tenth of them in Bihar.

“Fifty per cent of it has been to farmers or farmer producer organisations (FPOs) and the remaining half to small traders/produce aggregators. We lend at 13.5-14% annual interest purely against their produce kept at our warehouses. Our average loan size is Rs 5 lakh to farmers, Rs 22 lakh to FPOs and Rs 28 lakh to aggregators, compared to the Rs 1.5-2 crore that banks normally extend against warehouse receipts,” states Rao.

The future of warehousing, according to him, lies in creating storage-cum-financing solutions “closer to the farm gate”. This would mean having smaller warehouses than even the average 1,400-1,500 tonnes capacity operated by ACWS.

One solution, which ACWS claims to have successfully tried out with FPOs in Begusarai and Samastipur, is flexible hermetic storage technology. This involves storing bags inside flexible airtight and moisture-proof structures or “cocoons” made from special polypropylene material. Each such hermetically sealed cocoon can stock anywhere between 100 and 6,000 bags (5-300 tonnes) of grain that require no fumigation or chemical treatment.

“So instead of building a warehouse, we could simply set these up in an empty field for farmers in any cluster to stock their produce and avail finance,” adds Rao.