Given the ongoing India-China standoff on the LAC, there has been speculation on the significance of the change of guard. Who is Gen Zhang, and what does his appointment mean? The WTC is a very important Theatre strategically, being the largest of the five Theatre Commands. Its area of responsibility includes China’s two sensitive states, namely Tibet and Xinjiang, besides the complete border with India. The WTC was created by amalgamating the erstwhile Chengdu and Lanzhou Military Regions as a sequel to the process of ‘theaterization’, part of the pathbreaking military reforms initiated by President Xi since 2013.

Given the ongoing standoff and tense situation on the LAC in the Ladakh Sector for the last seven months, there has been speculation on the significance of the change of guard, particularly with respect to the profile of the new incumbent, the timing of the turnover, impact on the operational situation, and prospects of breakthrough in the deadlocked negotiations.

While General Zhao, a 1979 Vietnam War veteran served mostly in Tibet (including command of Tibet Military District and Group Army), General Zhang apparently has no previous experience in the Western Theatre. He commanded 79 Corps in the Northern Theatre opposite the Russian border in 2017-18, and is believed to be a mechanised warfare expert. 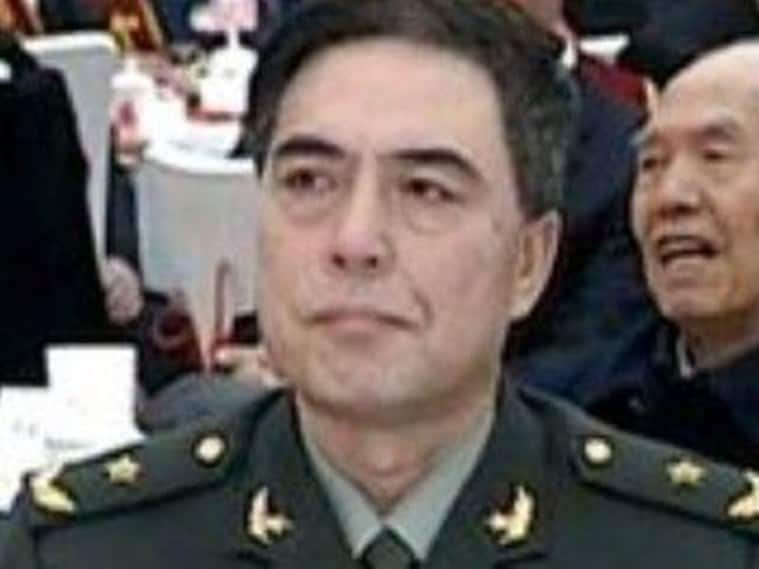 Given the fast-track promotions during the last few years, and the fact that he has assumed command of the strategically important WTC at a comparatively young age of 58, Gen Zhang must be seen as a rising star, and well up with the CMC. Whereas Gen Zhao is a member of the 19th Central Committee of the Communist Party of China (CPC), the apex body that elects members to the all-powerful Politburo and CMC, Gen Zhang is not. However, it is customary for all senior military officers to be members of the CPC, as the People’s Liberation Army is the army of the Chinese Communist Party.

Maj Gen (Dr) GG Dwivedi is a veteran of the 1971 War; he has commanded Battalions in Siachen-Chushul, and formations on the LOC/LAC; and has served as Defence Attaché China and North Korea

The timing of change

Gen Zhao had taken over the WTC in 2016, and is believed to have been the brain behind the Doklam standoff in 2017. Although due to retire towards the middle of this year, he was given an extension in view of the situation on the LAC. The timing of the turnover has been planned with due deliberation, as no major operations are expected during winter. Gen Zhang will, therefore, get adequate time to settle down in his new job.

As the PLA’s operations in Ladakh are being overseen directly by the CMC, no tangible change is likely on the prevailing situation on the ground. Also, all the other commanders in the WTC, including the Political Commissar Gen Wu, Commander Ground Forces Lt Gen Xu Qiling, Commander PLA Air Force Lt Gen Wang Qiang, and Commander South Xinjiang Military Region (SXMR) Maj Gen Liu Lin, whose troops are involved in the current incursions, remain the same.

Even with regard to the talks on the disengagement and de-escalation process, no breakthrough is expected in the near future, as the PLA continues to insist on the Indian Army pulling back from the Kailash Range first, even while the Chinese remain unwilling to discuss the Depsang Sub Sector where they have gained significant advantage.

Maj Gen Liu Lin, who represents the WTC at the Corps Commander-level talks, had taken over the SXMR in 2019 after serving as its Chief of Staff. He is well versed with both the operational dimensions and the complexities of the disengagement process. Therefore, the current state of impasse is expected to continue.

The command tenures in the PLA generally vary from three to four years and even beyond, which enables the commanders to make effective contributions in enhancing the combat readiness of their units and formations. As Theatre commanders in the PLA report directly to the CMC, Gen Zhang would have been assigned a very clear mission and tasks to be achieved over the next couple of years.

President Xi as the Commander-in-Chief has given a clarion call to the PLA to be on a par with the US Army by 2027. In the coming year, the CPC will be celebrating its centenary, which will be followed by the crucial 20th Party Congress in 2022. As the General Secretary of the CPC, Xi will be required to showcase his achievements.

As the Commander of WTC, Gen Zhang will therefore have his task cut out, and he can be expected to spare no effort to prove himself. The Indian Armed Forces will have to continuously enhance their operational preparedness, besides working towards remaining fully geared to effectively respond to any future challenge and eventuality.