Monica Solomon, a 40-year-old New Delhi-based data analyst, and seasoned trekker, was aghast. Standing on a green-top knoll with the majestic Dhauladhar mountain ranges in the background, Solomon surveyed the trash bags in front of her, and remarked regretfully: “Did I trek eight kilometres for this?”

On the opposite side of the mound on which Solomon was standing, there were 60 white and yellow sacks full of trash: beer bottles and cans, plastic plates and cups, chocolate wrappers, juice and chips packets. This booty – all non-biodegradable items left by trekkers – had been collected by volunteers of Waste Warriors (WW), a Dharamshala-based NGO, from the campsite located at 10,000 feet, and the rocky and winding, forested trail that leads to it, in just two days.

The Triund in Himachal Pradesh is one of the most popular trekking trails in India. “Clear, star-studded skies, a clearly marked route, forested hills and the fresh air make this place enchanting, especially during the summer months,” said Solomon, who visits Triund almost every second year. However, on weekends, the campsite resembles a party zone. On an average, locals say, 3,000 people visit, and many stay back overnight in tents pitched on the near-flat piece of land (campsite), which also offers a breathtaking view of the Kangra valley.

Undeterred by the arduous climb, trekkers (serious trekkers snidely call them “tourist-trekkers”) lug loudspeakers, alcohol bottles and soft drugs to the campsite. “Drinking is banned here, yet we find hundreds of empty bottles all over the place. No one wants to clean the post-party mess,” said Shubham Chikara, a Waste Warriors member.

“These irresponsible trekkers don’t even know the rules of disposing human waste in an eco-friendly manner. The government claims that the state is open-defecation free. Officials should come here and see for themselves the state of the campsite and its surrounding areas after the weekend revelry,” added Chikara’s colleague Yogesh Shukla, as he slid down a slope to pick up a wrapper with a tong that volunteers use to pick up more trash.

The challenges that the Triund trail and campsite face are not an exception; popular trails in other states too grapple with similar waste issues.

HOW LONG DO THEY TAKE TO DECOMPOSE? 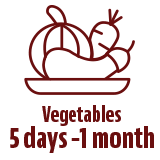 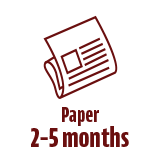 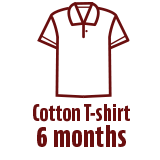 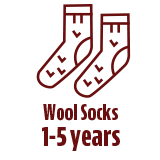 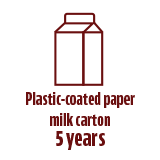 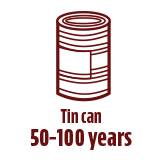 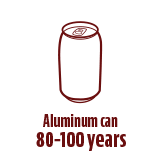 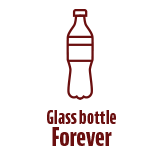 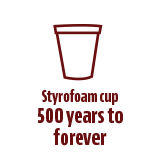 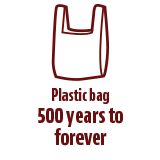 “The high [mountain] passes are [still] clean, because not everyone has the skills and endurance to go there. It is the day hiking routes such as Triund that have most footfalls and maximum garbage dumping,” said Sutirtha Sanyal, founder, SilverSteps, a trekking company, based in New Delhi.

The fact that high passes are still clean is hardly a consolation because as the trekking sector expands in India and older trails get crowded and ruined, thanks to improper management, people will start exploring newer routes and higher altitude treks.

In the last few years, there has been a boom in adventure tourism in India, especially trekking in the Indian Himalayas.

There is no study or agency that gives the exact number of people exploring the mountains, but, according to the Adventure Tour Operators Association of India (ATOAI), the growth in the domestic business has been around 30 per cent and the incoming international growth, 10 per cent. A 2016 report by Nielsen done for the Ministry of Tourism stated that trekking, among all land-based adventure sports, is a far bigger draw than rock climbing, mountain biking etc.

“The interest in trekking has been growing in the last 15 years but by global standards, India is still a small market. I don’t see any stabilisation in the next 10 years,” said Arjun Majumdar, CEO of Bengaluru-based Indiahikes, one of the market leaders in the organised trekking sector.

In Uttarakhand, the forest department has enforced a plastic ban in the Valley of Flowers and any violation will invite a penalty of Rs10,000.

Trekking companies such as Indiahikes have their own Green Trails programme, which ensures that trekkers do their bit to keep the mountains clean.

One of their key initiatives has been the putting up of eco-friendly cocopeat composting toilets that trekkers can use at camps. It is a hygienic counterpart of dry toilet pits. Indiahikes and the other big trekking companies also carry back garbage to base camps for proper disposal.

“Responsible trekking companies need to ensure that their trek leaders and guides have a basic knowledge as far the preservation of mountain eco-systems is concerned. There should be an autonomous body to impart knowledge to them about systems of waste management and certify those who do the course,” said Prashant Mathawan, who leads curated travel in the Himalayas.

While each of these efforts of individual trekkers and companies is worthwhile, the waste challenge is humongous, and will only increase in future.

Measures to counter the problem can include financial penalties on erring trekkers based on the polluters’ pay principle, sensitisation programmes for trekkers and hill communities, and community-based, local waste management infrastructure in the mountains.

“It is important to educate operators and tourists as it is a win-win situation for both if they follow the guidelines,” said Swadesh Kumar of ATOAI. “The economic benefit that tourism provides to the remote villages is an important aspect of trekking and mountaineering tourism. Most of these areas have no other opportunities for the local communities … and adventure tourism provides a wider opportunity for them to grow”.

Pradeep Sangwan of Healing Himalayas Foundation, which appealed to the NGT on the Kheerganga issue, said along with “educating/senstising locals”, small-scale village-level solutions are needed.

“Two new waste-to-energy projects (at Shimla and Manali) have come up. The only problem is how to transport waste from the mountains to these locations,” said Sangwan.

Others such as forest officer Kaswan and professor Bhaskar Vira, director, University of Cambridge Conservation Research Institute, want the government to conduct a study of the carrying capacity of the Himalayas.

“We must understand the ecological limits within which we have to manage our activities, and also recognise the trade-offs between leisure activities – tourism, trekking and pilgrimage – and the impact they have on the ecosystems and the services that they provide to local residents”.

Manshi Asher, who works with Himalayan communities, sees this waste management problem as a part of a larger issue: the pressure of tourism on fragile areas and the State’s lack of ability to implement its own green laws.

Importantly, people must learn not to extract more from the environment than their fair share. “Across the world, the pressure of short-term visitors has become so acute that they have to limit the numbers through strict controls” warned professor Vira. “It would be a great pity if we were forced into such a situation in the Himalayas, but these beautiful ecosystems are experiencing an unsustainable level of pressure from our collective human impacts, and something needs to be done,” he said.

Allu Arjun: I bow down my respects for Saroj Khan

State moving in reverse direction: private schools
We and our partners use cookies on this site to improve our service, perform analytics, personalize advertising, measure advertising performance, and remember website preferences.Ok