The state government has initiated relief efforts in the areas affected by the cyclone with Chief Minister Mamata Banerjee likely to conduct an aerial survey on Monday to assess the damage. 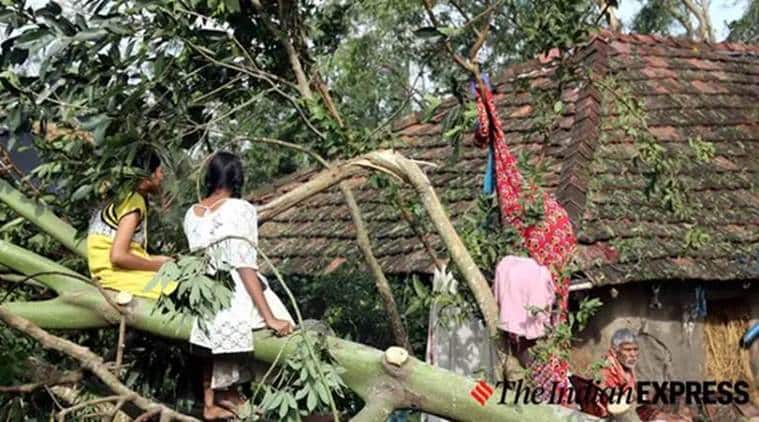 Cyclone Bulbul left a trail of destruction in south Bengal districts after making landfall in Sagar Island on Saturday night, killing at least eight people. North 24 Parganas was the worst-hit district with reports of five deaths in the district. The other affected districts are South 24 Parganas, East Midnapore and West Midnapore.

The state government has initiated relief efforts in the areas affected by the cyclone with Chief Minister Mamata Banerjee likely to conduct an aerial survey on Monday to assess the damage.

“Due to the severe cyclonic storm Bulbul, I have decided to postpone my North Bengal visit in the next week. Instead, I would conduct an aerial survey of the affected areas around Namkhana and Bakkhali… I am also planning to visit the cyclone-affected areas of Basirhat in North 24 Parganas on November 13 (Wednesday),” the Chief Minister, who spent Saturday night at a control room set up state secretariat in Kolkata to monitor rescue work, wrote on Facebook. She will also be meeting officials on Monday at Kakdwip to review relief and rehabilitation measures.

According to sources, a primary report has been given by the state government to the Centre in which it has been mentioned that a total of 7,815 houses were damaged and 870 trees uprooted in the cyclonic storm.

Governor Jagdeep Dhankhar, who has been at loggerheads with the Chief Minister, on Sunday praised her for ‘leading from the front”.