The government senior secondary school, that opened for Classes 9-12 on November 2 on voluntary basis, following a government order allowing the same, has now been shut till November 30. 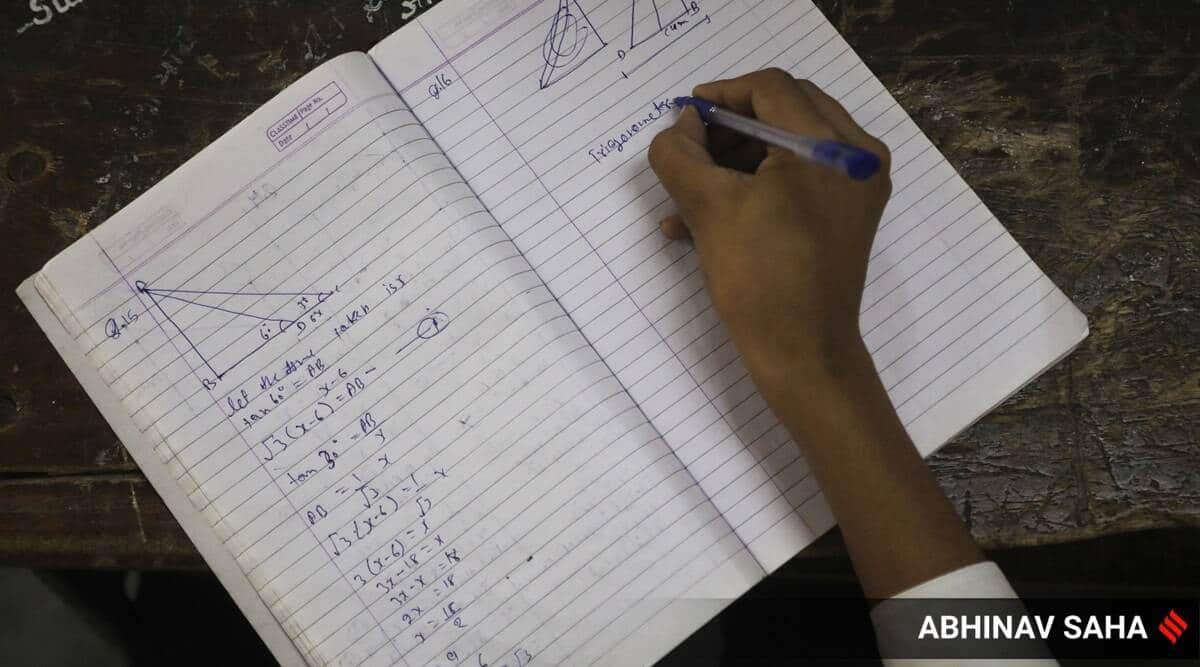 THE principal of the school in Haryana’s Rewari district where 19 students tested positive for Covid this week said they followed all the prescribed precautions on their premises.

The government senior secondary school, that opened for Classes 9-12 on November 2 on voluntary basis, following a government order allowing the same, has now been shut till November 30. In total, 35 students were tested, and 19 were positive. All of them are asymptomatic and at home, and the government is now organising tests for all the family members.

Said the principal, “Of our 430 students in Classes 9-12, we had about 120-160 students coming — in two shifts of two-and-a-half-hours each. This means there were around 60-70 students per shift… and 15-18 students per class. We checked their temperatures and oxygen levels at the gate, and sanitised their hands. Attendance was taken at entry, and from there, the students went to fixed classrooms, to designated benches.”

The time they were in school, the students were confined to the rooms, he added. The two shifts were accommodated in different rooms, and these were sanitised after every session.

The school is spread out over a large area, and is airy and well-maintained. The classrooms have CCTV, and the principal said they kept a watch to ensure students observed Covid restrictions.

The principal said, “I personally called the parents of 20 students per day or visited them to get their consent for classes. I found many parents to be enthusiastic about sending their children to school.” While the school has not been conducting live online classes, teachers have been sending notes and worksheets to students over WhatsApp, and some teachers have been sending recorded lectures.

The students come from nearby villages, most of them by foot. Of the 19 who tested positive, 10 belong to one village, 2.5 km away. The mother of one of them, a Class 11 student, said she wanted him to go to school. “His teachers were sending study material on the phone, but he wouldn’t study, just watch TV and play on his phone. There is nobody at home to teach him. We thought that if he goes to school, he will at least study something,” she said. She added that she would send him to school again once it re-opens and he tests negative. “Padhai toh honi hi hai (Studies have to go on).”

Family members of another Class 11 student who tested positive are also worried about the impact of the long shutdown of schools on studies. His younger brother, who is in Class 10 at the school and tested negative, said, “The online material is okay but I have been having trouble with science and math.”

The 16-member family shares a five-room house and are incredulous that the elder brother, with no symptoms, has the virus.

The principal said that they had been getting 30-40 students daily since September, when Haryana allowed them to voluntarily visit to clear doubts with teachers. Around 75% of the students were connected to their teachers via smartphones, he said.

Altogether, 72 students have tested positive in 12 schools across Rewari district in the past few days. Cases have also been reported in Jind, Jhajjar and Hisar districts.

Pinky Sharma, an ASHA worker at the village with 10 cases, said with few testing positive, there was hardly any scare regarding Covid and people wearing masks were rare. “This is the first time we have had many cases together. Before this, we had around five cases in total, all mild or asymptomatic,” she said.