The initiative is part of the city's bid to get a good ranking in the national Swachh Survekshan, conducted by the Ministry of Housing and Urban Affairs. 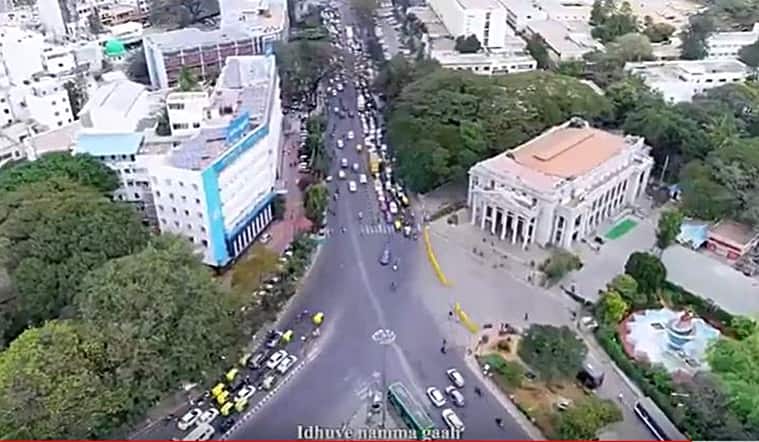 The initiative is part of the city’s bid to get a good ranking in the national Swachh Survekshan, conducted by the Ministry of Housing and Urban Affairs.

Sharing the anthem on Twitter, Kumar wrote, “The wait is over! Namma #Bengaluru has its own anthem titled Jotheyagi, meaning together. ”

The three-minute bilingual song, in Kannada and English, has been written by Rashmi Nayak and composed by Saachin Raj Chelory. While singer Lucky Ali leads the male vocals supported by the music director, the woman singer is the lyricist herself.

The visuals include a bird’s eye view of the city’s iconic buildings, flyovers and locations, juxtaposed with footages of pourakarmikas, young social workers, BBMP officials, and citizens striving to keep the city clean.

While the Kannada lyrics indicate a call for action to citizens to maintain cleanliness, the song also mentions that the ultimate goal is to make the city ‘heavenly’ to live in. 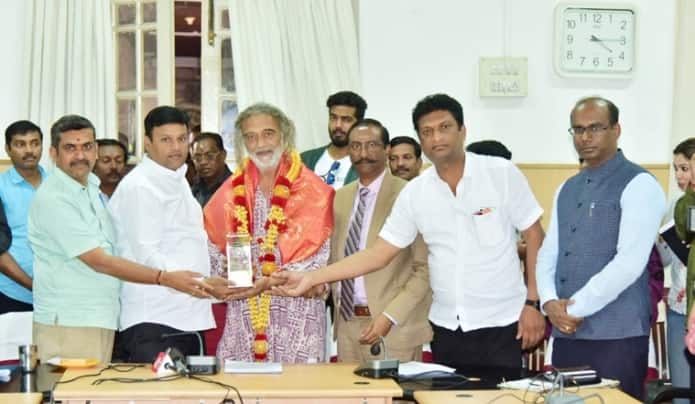 “This initiative is to inform, educate, create awareness and to bring about a change in public attitude, to help BBMP maintain Bengaluru as a clean and green city,” Kumar said.

In a statement released on Friday, the local civic body claimed that messages in English and Kannada were being delivered through social media, covering topics such as garbage segregation, usage of public urinals, approaches to waste disposal and keeping public places clean.

“Videos, digital films, graphics, photographs, audio tracks were used to communicate. As Bengaluru is a global city with deep social media networks and internet-savvy public, we hoped that a large number of our 1.3 crore citizens would take the survey to ensure the city gets a favourable ranking,” the statement read.

It can be recalled that awareness drives online and offline were held around the recent India-Australia ODI cricket match on January 19. The BBMP had slapped a fined of Rs 50,000 on the Karnataka State Cricket Association (KSCA) for using single-use plastic items during the match.

For all the latest Bangalore News, download Indian Express App

NCB to quiz Telugu producer in drug case
We and our partners use cookies on this site to improve our service, perform analytics, personalize advertising, measure advertising performance, and remember website preferences.Ok