Sanjay Raut said that though the CBI is a central investigation agency, it has proved time and again that it is not independent and impartial. “Many state governments have banned the CBI. 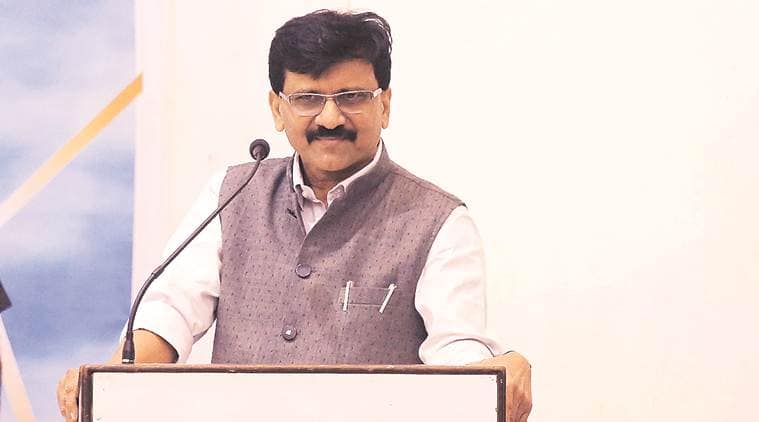 Shiv Sena MP Sanjay Raut on Sunday said the Centre’s insistence that CBI should take over the probe into Sushant Singh Rajput death case is an attack on the state’s autonomy and an insult to the Mumbai Police.

“The decision of handing over the investigation to the CBI is an attack on the state’s autonomy… But anything can happen in our country when an issue is used for political gains and as part of pressure tactics. It appears that the script of the entire Sushant episode was pre-determined and many things might have happened behind the curtains. In short, it is a conspiracy hatched against Maharashtra,” Raut wrote in his weekly column Rokhthok in party’s mouthpiece Saamana.

He also defended the Mumbai Police, calling it a professional force that “does not bow down to pressure”. “It has investigated cases such the Sheena Bora murder and the 26/11 terror attack on Mumbai. So, the Centre’s interference in Sushant’s case is an insult to the Mumbai Police,” he added.

Raut said that though the CBI is a central investigation agency, it has proved time and again that it is not independent and impartial. “Many state governments have banned the CBI. When CBI teams reached Kolkata to investigate the Saradha chit fund case, Chief Minister Mamta Banerjee registered cases against them (members of the CBI team) and sent them to jail. The people in West Bengal took to the streets against the agency,” he added.

“Narendra Modi and Amit Shah also had the same opinion about the CBI. They had opposed the transfer of the case of Godhra riots and the subsequent killings to the CBI stating that it is a political weapon of the ruling party in Centre. What is wrong if the same opinion is expressed in the Sushant case?” asked the Sena MP.

He, however, also took on the Mumbai Police, wondering whether the case is being used to terrorise Bollywood. “As the case was being sensationalised, the police should have started media briefings on alternate days. It should have also clarified that it will register the statements of a minister or a politician if any connections were found. The police gave the space for gossiping by inviting Bollywood celebrities daily for inquiry. It needs to be checked whether the case was used to terrorise Bollywood,” said Raut.

He further said that the Opposition has decided to defame the Uddhav Thackeray-led government – after they failed to topple it – with help of a section of the media.

“One channel has been using defamatory and threatening language for Chief Minister Uddhav Thackeray. The channel is getting support from a political party in Maharashtra. Sushant is just a reason but the main conspiracy is to defame the Maharashtra government and that is going on,” Raut said without naming anyone.

He added that it is wrong for the Opposition to link Tourism Minister Aaditya Thackeray with the case just because he shared cordial relations with some Bollywood actors. “A day before the Sushant’s death, actor Dino Morea had hosted a party at his residence but a mystery was created about it. Since Aaditya shares cordial relations with Morea and other actors, it is wrong to link him with the case without any proof,” Raut said.