The SMC authorities said that there has been a rise in the number of positive cases among the textile traders in different markets. Over 200 textile traders had tested positive since last few days, an official said. 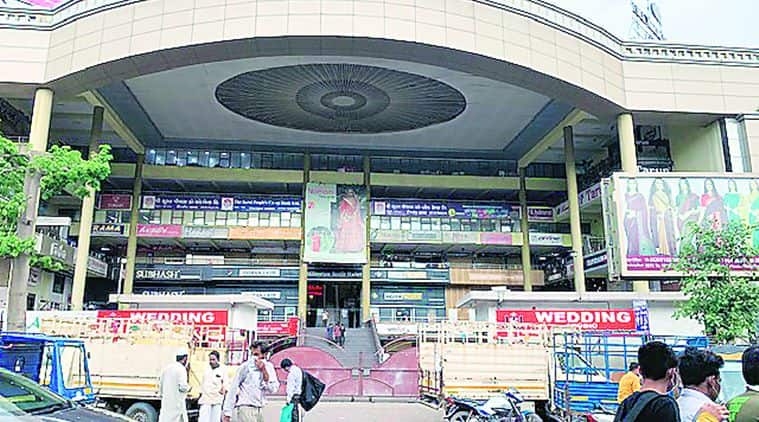 The Surat Municipal Corporation on Friday sealed 10 textile trading shops in the city after around 200 traders tested positive for Covid-19 since the reopening of shops following the easing of lockdown curbs. A diamond factory owner was also arrested on Friday for allegedly keeping his factory open in Katargam area which has been declared a containment zone after nearly 600 diamond workers tested positive.

The SMC authorities said that there has been a rise in the number of positive cases among the textile traders in different markets. Over 200 textile traders had tested positive since last few days, an official said.

“We have got the list of the textile traders who have tested positive. We are identifying the shops of these traders and have started sealing them. On Friday, we have sealed five textile trading shops in Surat textile market, 3 shops in Abhishek market, one each in Raghukul market and New lucky market, all on the ring road area. These shops will be open after seven days. In the coming days, we will seal more such shops,” Limbayat zone Executive Engineer Bhairav Desai said.

Meanwhile, the SMC officials found that a diamond factory was functioning in the Katargam area violating the municipal commissioner’s notification of June 27, putting the area under containment zone and banning diamond factories from operating.

Acting on a tip off, the SMC officials of Katargam zone conducted a surprise check in C V Impex, a diamond firm running on the first and second floor of Gangotri tower at Gotalawadi in Katargam area, on Friday afternoon.

However the team found the front entrance of the unit locked. They entered the factory from a back door and found 130 diamond polishers at work violating the social distancing norms and not wearing masks. The health officials slapped a penalty notice of Rs 50,000 for violating the municipal commissioner’s notification. Chandulal Dungrani, the diamond firm owner, refused to pay the penalty following which Hemant Patel, an SMC official, lodged a complaint against the diamond firm owner, under IPC sections 188, 269 and Section 3 of the Epidemic Disease Act.

Katargam police station police inspector B D Gohil said, “Acting on the complaint we have arrested Chandulal Dungrani on Friday evening and are carrying out investigations further.”

SMC Deputy Health Commissioner Dr Ashish Naik said, “More than 600 diamond polishers have tested positive in Katargam area. We have partially or fully sealed over 28 factories in Katargam zone. We have issued notifications that nobody can open their diamond factories.”

Surat has so far reported more than 5,000 Covid-19 positive cases and Katargam has seen the most number of cases — 1,335 — among the eight zones in the city.

Most Eligible Bachelor teaser review: Is Akhil eligible or not?
We and our partners use cookies on this site to improve our service, perform analytics, personalize advertising, measure advertising performance, and remember website preferences.Ok