The doctor had had an argument with her neighbours over her pet dog on Sunday afternoon. Earlier, the doctor had been asked by other residents of the society to leave the flat as “she was treating COVID-19 patients.” 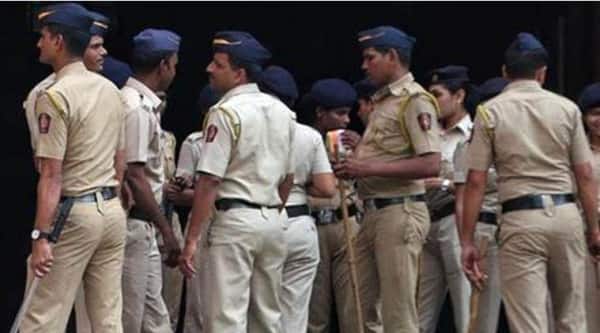 Surat Police detained a couple for allegedly harassing a doctor, who stays in their society. According to the doctor, Sanjibani Panigrahi, she had an argument with her neighbours, Chetan Mehta and his wife Bhavna Mehta, over her dog on Sunday afternoon. Following this, Chetan allegedly threatened and asked her to leave the flat.

The 36-year-old woman, who works at New Civil Hospital, was earlier asked by other residents of the society, including Chetan, to leave the flat as “she was treating COVID-19 patients.”

Panigrahi recorded a video of her altercation with Chetan and shared it on social media.

The National Commission for Women has sought details of action taken into the case from the state Director General of Police.

Police said that the couple was released on Monday. The doctor has demanded that they should give her a written apology and also make a video, apologising for the incident.

On March 23, several residents of the society at Adajan area had allegedly threatened her and asked her to move out of the society because she was “working at a hospital where COVID-19 patients are being treated”.

Later, she uploaded a video on social media describing the incident and seeking help from her friends and colleagues. Following this, BJP MLA Harsh Sanghavi intervened in the matter sorted it out.

According to Dr. Panigrahi, on Saturday, Chetan and Bhavna had also asked her to leave the flat.

“Chetan Mehta told me that he and his family were feared, as I am working at NCH, where COVID-19 patients are treated, and asked me to leave the house.”

On Sunday afternoon, Dr. Panigrahi’s pet Labrador dog went near Bhavna Mehta when she was climbing the stairs. On seeing the dog, she called her husband for help. When the dog started barking, Dr. Panigrahi came out from the flat and took the dog inside.

Chetan Mehta allegedly abused her and also threatened her, which Dr. Panigrahi recorded on her phone and shared it on Twitter.

She filed a complaint at Adajan police station and on Sunday night Chetan was taken to the station.

Adajan police inspector J B Bubadiya said, “We kept Chetan kept under detention under CrPC 151 and released him today. We have detained his wife Bhavna Mehta today morning and later released her also.”

Police have asked Dr. Panigrahi if she wanted to register an offence but she has sought a written apology from the couple.

“I told police that Chetan Mehta should not blame my dog and he should apologise for his behaviour and assure that such things do not happen in future,” Dr. Panigrahi told The Indian Express.

“Today night, the couple will give me the written apology and the video recording,” she added.

On Monday, the National Commission for Women wrote a letter to Director General of Police Shivanand Jha, to carry out a thorough investigation into the incident and also provide protection to the female doctor. The NCW had also sought, a detailed action taken report.

Driving licence validity extended till July 31
We and our partners use cookies on this site to improve our service, perform analytics, personalize advertising, measure advertising performance, and remember website preferences.Ok