A suicide note was found in the house of the St Stephen’s College teacher, whose decapitated body was found on the tracks of Sarai Rohilla railway station on Saturday. His 55-year-old mother, meanwhile, was found hanging from a ceiling fan. 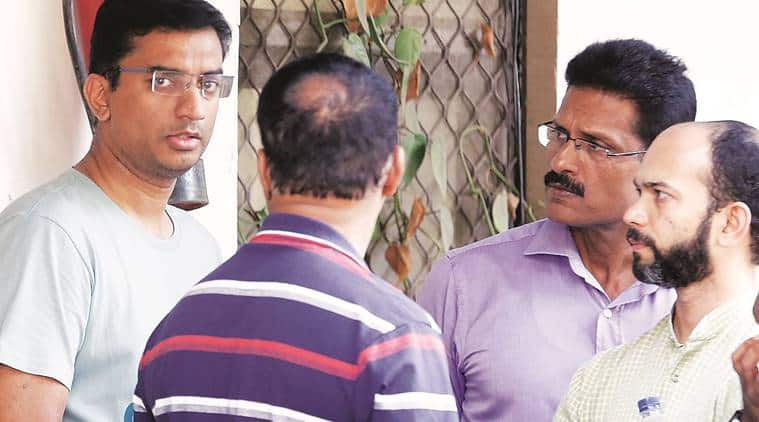 “Mental tension”, “depression” and “a misinformation campaign by a few media outlets” are some of the things mentioned in a four-page suicide note found in the Pitampura house of the St Stephen’s College teacher, whose decapitated body was found on the tracks of Sarai Rohilla railway station on Saturday. His 55-year-old mother, meanwhile, was found hanging from a ceiling fan.

Alan Stanley (27) was an ad-hoc teacher of philosophy at St Stephen’s College and had been in Delhi for a year and a half. Around eight months ago, his mother Lissy joined him in the capital. Police said that the note, written in Malayalam, referred to an “abetment to suicide case” going on against the mother-son after Lissy’s second husband allegedly committed suicide in December 2018.

A police officer said the note states that “we haven’t done anything”, and that “Malayalam media outlets were deliberately troubling the family, causing depression”.

Lissy and Alan were from Kottayam in Kerala and had been living in Pitampura’s Ashiana Apartments. After Lissy’s first husband died, she married Wilson in 2018. He allegedly committed suicide by hanging himself a few months later.

Police said that prima facie, it appears that Alan possibly helped Lissy commit suicide and put a gag in her mouth before going to the railway station to kill himself Saturday. A police officer said: “We are speaking to Abin, Lissy’s eldest son, and other members of the family to ascertain what led to this.”

On Monday afternoon, Abin and a few relatives reached Delhi. Outside the Sabzi Mandi mortuary, where Alan’s post-mortem was conducted, a relative said, “The two were depressed after a local Malayalam newspaper published stories about a six-month-old case, followed by two YouTube channels airing stories that showed Lissy and her son in a bad light… they called her a gold-digger who forced Wilson to commit suicide. The channels said she was the reason both her husbands died. They compared her to Jolly Joseph, who was recently accused of killing six family members over 14 years by lacing their food with cyanide.”

As per the Idukki police crime branch deputy superintendent T A Antony, Wilson’s children from his first marriage had alleged that Rs 1.5 crore were transferred to Lissy’s account after his death.

Outside the mortuary, a relative said, “Lissy and Alan wanted to tell their side of the story to news organisations but that was never carried. I spoke to Lissy on Friday morning and she said she was depressed about all the stories; they had lost hope and no one was supporting them. She said she didn’t want to talk to anyone.”

Another relative said: “The Malayalam media has done enough damage… we don’t want to discuss this anymore.”