The Delhi HC then directed the police to ensure the administrative building is not blocked by protesting students, and protests are held beyond 100 meters from it. 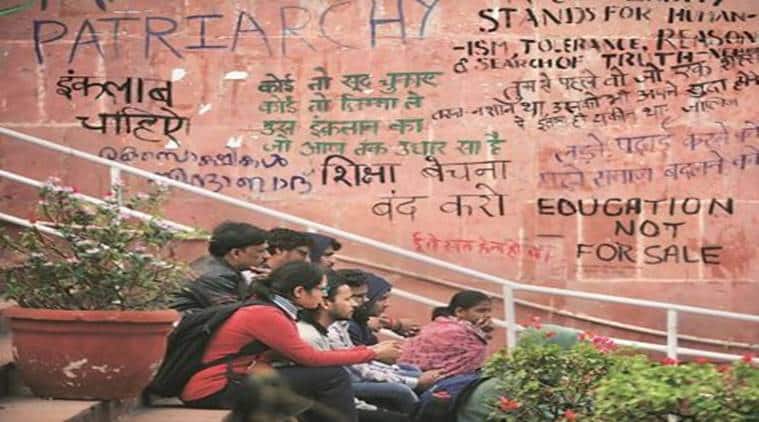 The Delhi High Court Wednesday directed the police to ensure that JNU’s administrative building is not blocked by protesting students, and the protests are held beyond 100 meters from the building.

It also directed the police to help the Jawaharlal Nehru University registrar and other officials function from their office from Thursday.

The registrar told the court the students’ protest had led to a complete lockdown of the administrative building, because of which he had been unable to access the files.

The court then sought the presence of JNU Standing Counsel Monika Arora and Delhi Police’s standing counsel (criminal) Rahul Mehra. Arora informed the court that the students’ protest had been going on for over a month and the JNU administration was completely shut down.

The court then said that since there was an order to protest only beyond 100 metres from the administrative building, the police should ensure that the area is cordoned off, and staffers and willing students are allowed to enter the building.

The court also suggested that the JNU administration and the students sit together on Wednesday itself and sort out the issue.

“In August 2017, the High Court had directed that no protest shall be undertaken by students within a 100-metre radius of the administrative block,” Justice Singh noted.

“Considering this order is still in operation, all the authorities are obliged to enforce it in letter and spirit,” the court said.

Meanwhile, it directed the JNU registrar to file an affidavit related to the sexual harassment case against the two professors, failing which, there could be “serious consequences”.

Delhi riots: 9 of 12 confession statements near copies of one another
India News

Covid-19: Federal Reserve revisits idea of pledging to keep interest rates low
We and our partners use cookies on this site to improve our service, perform analytics, personalize advertising, measure advertising performance, and remember website preferences.Ok