According to the report, last year, Pune had seen the launch of 44,660 units — a 37 percent increase compared to 2018. But sales continued to drop, with the city reporting a 2 percent year-on-year decline in sales, as only 32,809 units were sold. 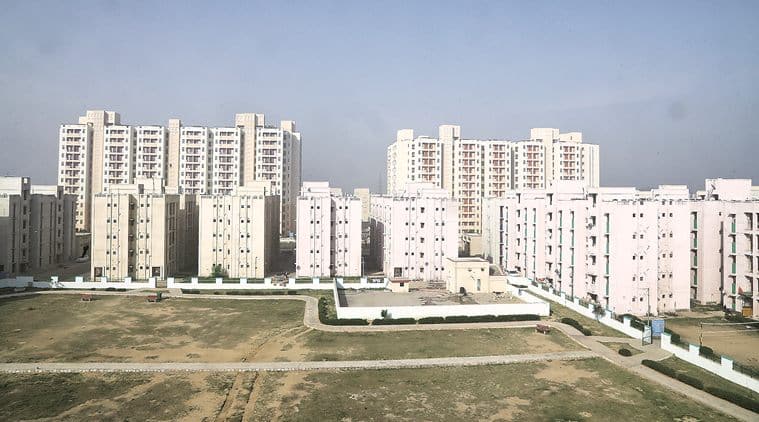 Pune reported a 2 per cent dip in year-on-year sales in residential units in 2019, according to a report on the real estate sector released by consultancy firm Knight Frank. The report also reveals a 10 per cent increase in the launch of new homes in the city last year.

According to the report, last year, Pune had seen the launch of 44,660 units — a 37 per cent increase compared to 2018. But sales continued to drop, with the city reporting a 2 per cent year-on-year decline in sales, as only 32,809 units were sold. The fall in the sale of real estate units took place in the second half of the year, with the first half reporting a three year-high sales volume of 17,364 units.

Paramvir Singh Paul, branch director of Knight Frank, Pune, said the slowdown in the manufacturing sector and the delayed monsoon had an impact on consumer sentiments.

Price-wise, 2019 will be the third year in a row when real estate prices fell. The average per sq feet price of residential real estate in Pune is currently around Rs 4,242 per sq feet, which is close to the price range of 2012 when per sq feet price in the city was Rs 4,162. According to Paul, the rate of correction has slowed down year-on-year.

Pune’s unsold inventory, by the end of 2019, stood at 39,469 units. Meanwhile, the average size of units in Pune has shrunk by 26 per cent in the last five years, stated the report.

Anand Ahuja aces Scorpion yoga pose in throwback picture; here’s how to do it