"The Centre has left Punjab farmers with no option but to protest. Chief Minister Capt Amarinder Singh had created history by making Punjab the first state in the country to formally reject the Central government’s anti-farmer laws, now like Punjab, the Centre must make MSP a legal entity," says Congress MP, Santokh Singh Chaudhary. “We want farmers to stop their protests as the government is already ready to have talks with them. I will be part of the December 3 meeting and we will listen to their grievances with ‘khulle mann’ (with an open mind) and try to solve each issue. These protests will not serve any purpose, only discussion can provide proper solution and both government and farmers have to listen to each other in detail.”

“The Centre is playing with national security by creating unrest among farmers. MSP and uninterrupted procurement must be a government obligation. The BJP-led NDA government first passed these three ordinances in an undemocratic manner in Rajya Sabha and is creating a situation of concentrating political power in one man…They want to destroy all small farmers and small businesses to create mega oligarchs…They do not understand that the bulk of soldiers in the armed forces are from Punjab and are sons of the farmers…MSP, which is a social security for the agrarian sector, and uninterrupted procurement of the crops, must be the legal obligations of the government and government should ensure MSP for all 23 crops.”

“The Centre has left Punjab farmers with no option but to protest. Chief Minister Capt Amarinder Singh had created history by making Punjab the first state in the country to formally reject the Central government’s anti-farmer laws, now like Punjab, the Centre must make MSP a legal entity. We have always protected the interests of our farmers and now also we are with them in their protest. The Centre should either cancel these three laws or make amendment to safeguard the interests of farmers which will be possible only if the Centre listens to the farmers without prejudice.”

“We want that MSP to be guaranteed through law and there should be assured government purchase of food grains on MSP. Nothing should be done to weaken the Mandikaran system. Centre should talk to farmers and now that is being done on Tuesday. I think a clearer picture will emerge tomorrow.”

“I gave up my Cabinet minister post to stand tall with my farmers. I am standing with my brothers and sisters and I too assert on assured government purchase of food grains on MSP. SAD has also asked that all of Punjab be declared as a ‘Principal Market Yard’ by the state government. The farmer has been struggling against kaale kanoon in a peaceful manner. Instead of reading lines scripted by Centre and becoming a cheerleader for them, Punjab CM should lead the fight from the forefront to get farmers’ demands met.”

“Aam Aadmi Party (AAP) always stands for farmers. In Delhi, our national convenor and Delhi CM Arvind Kejriwal even refused to give stadiums to the central government to convert them into jails. We are here to take care of farmers and we feel that they are protesting for a right cause, not only for them, but for the whole country. Government must fulfill their demands. Punjab CM told them to go to Delhi, instead of fighting for farmers, and the Haryana government treated farmers like enemies.”

“It has become a leaderless kisan agitation in Delhi, which is a serious issue. Farmer union leaders need to control this agitation on their own as a few anti-social elements are giving a wrong direction to this agitation by deviating from the issues. Gathering is huge, so mindful farmer leaders should control it well in time as it is now a mass movement. I feel as it has become a nationwide agitation, the government needs to re-think its stand and should end the deadlock as early as possible.”

“The Modi government is not showing seriousness in dealing with farmers. It has passed these farm Bills in alliance with big corporates to favour them and it is the reason that government don’t want to budge from its stand. Government can keep Haryana and Punjab out of these bills. These should be implement as pilot projects in BJP-run states and be given two years to see the results. If pilot project is successful then farmers in Punjab and Haryana would also adopt it otherwise there would be no reason to push for these farm Bills.” 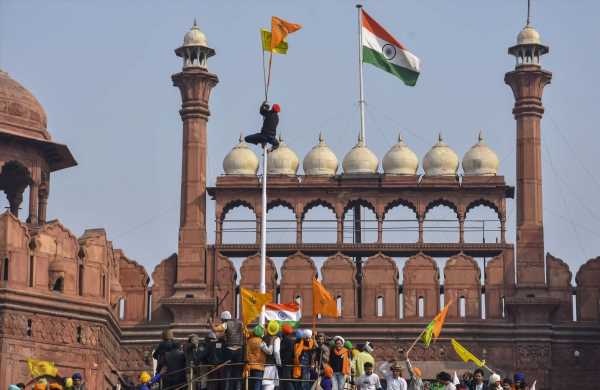