According to civic administration, they receive at least two to three complaints of rodent menace per day and most of them are from the crowded central parts of the city. 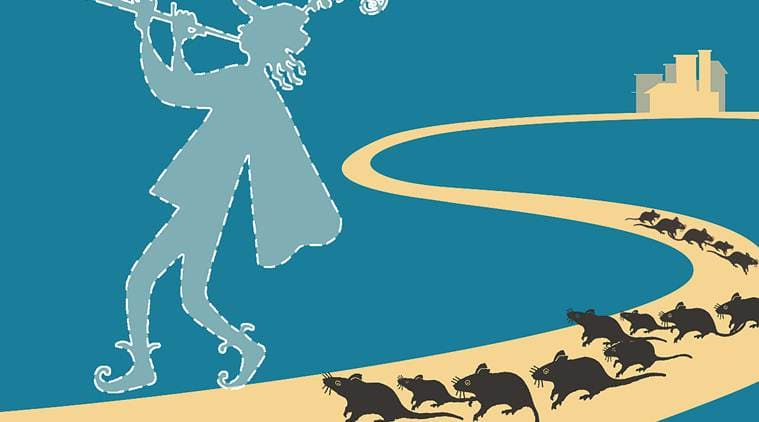 Concerned about the increasing number of rodents in the city, Pune Municipal Corporation (PMC) corporators have urged the civic administration to decentralise operations of its Insect Control Cell and hand over some of the duties to ward offices to address the numerous complaints made by local residents.

But the civic administration has cited shortage of staff at ward offices to handle the additional responsibility.

The issue was recently highlighted by BJP corporators Aarti Kondhre and Manisha Ladkat, who said the rodent menace was on the rise and it was difficult for the Insect Control Cell to address all the complaints made by residents, considering the expanding boundaries of the civic body.

“The service (to check rodent menace) can be made available at each of the 15 ward offices in the city. This will enable local residents to approach their nearest ward office and avail the civic facility…,” they said.

In response, Municipal Commissioner Saurabh Rao said the civic administration has already decentralised the responsibility of handling infestation of bed bugs and cockroaches. But steps to control rodent menace, such as distribution of poisonous tablets and cages, will continue to be taken by the Insect Control Cell, where one field worker and six peons provide the service.

“… The ward offices don’t have the required staff to provide the service. Also, the working hours of the civic staff at ward offices and those working to control the rodent issue are different. So, the decentralisation of service will be possible only after the availability of more staff at 15 ward offices,” said the municipal commissioner.

The civic Insect Control Cell, at Gadikhana in Shukrawar Peth, works from 7.30 am to 1.30 pm. It used to provide services to control bedbugs, cockroaches and rodents. In 2013, the services pertaining to bedbugs and cockroach issues were handed over to ward offices while the cell continues to handle rodent issues in the city.

The PMC charges Rs 250 per 100 sq feet as fogging charges to deal with bed bug and cockroach infestation. But poisonous tablets and cages to catch rodents are distributed free of cost to local residents based on their complaints.

A total of 2,000 tablets are distributed every month while the civic department has 70 cages which are placed in residential localities based on complaints received from them. These cages are collected back by civic staffers once the rodents are caught and killed.

According to civic administration, they receive at least two to three complaints of rodent menace per day and most of them are from the crowded central parts of the city. The maximum complaints are received during monsoon.