People were treated to the dance forms of Bharatnatyam, Mohiniattam, Kuchipudi, Kalari Payattu, Melam and Mayuranrityam among others. 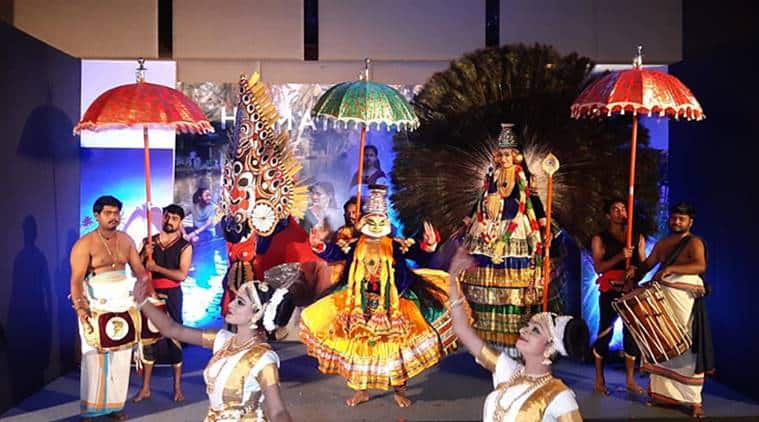 In a bid to attract more tourists to their state, the Kerala tourism department is busy wooing people across the country since January 1. In the city on Thursday, they provided a platform to over 40 tour and travel companies and hoteliers from Kerala besides showcasing cultural performances from the stae.

People were treated to the dance forms of Bharatnatyam, Mohiniattam, Kuchipudi, Kalari Payattu, Melam and Mayuranrityam among others.

The department decided to organise this meet because Kerala has seen an 18% increase in the footfall of domestic tourists and 8% in foreign tourists. They chose Chandigarh as their destination as last year 12,064 people from the city made it to Kerala. “We see people are really interested in Kerala, It has been one of the major destination from people in North India , and we want this to grow,” said Muraleedharan P, Deputy Director, Department of tourism, Kerala.

Ajin R, assistant manager, Kerala Tourism Development Corporation Limited, said, “It’s been a rough time for our state due to floods. But now that we are recovering , we want people to know what Kerala really is.’’

Delhi riots: 9 of 12 confession statements near copies of one another
India News

Covid-19: Federal Reserve revisits idea of pledging to keep interest rates low
We and our partners use cookies on this site to improve our service, perform analytics, personalize advertising, measure advertising performance, and remember website preferences.Ok