The incident took place around 7 am when Damyanti, her husband and their two daughters had just reached Shree Delhi Gujarati Samaj in Civil Lines from Delhi Junction Railway Station. 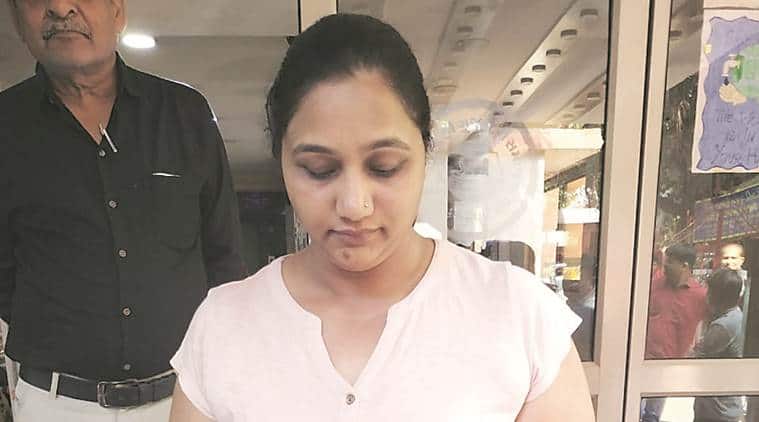 The incident took place around 7 am when Damyanti, her husband and their two daughters had just reached Shree Delhi Gujarati Samaj in Civil Lines from Delhi Junction Railway Station.

“We had just reached Gujarati Samaj and were outside the gate. We were offloading the luggage and I was still sitting inside the auto with the handbag on my lap. Suddenly two men on a scooter came from one side, snatched it and zipped away,” said the woman.

She said the handbag had two mobile phones, around

Rs 60,000 in cash, Aadhaar cards of the family, and debit and credit cards. “I didn’t resist as I feared I’ll hurt myself. I can’t recall if they were wearing helmets or not, it all happened so suddenly,” she said.

DCP (North) Monika Bhardwaj said a case under IPC sections 356 (assault or criminal force in attempt to commit theft) and 379 (theft) has been registered at Civil Lines police station. “We have found CCTV footage and it shows the two men were not wearing helmets. Several teams have been constituted and CCTV footage from Delhi Junction railway station to Civil Lines is being scanned. The victim described the accused as young men, so some suspects from the area have been rounded up and are being questioned,” she said.

The Crime Branch and Special Cell have also been put on the case.

The woman said the family dialled 100 after the men fled with her handbag and police filed a case at Civil Lines police station soon afterwards.

Damyanti and her family are based in Surat, and have been travelling since October 4. “We came to Delhi-NCR, then went to Amritsar and Dharamshala, and returned to Delhi Saturday morning. Since the flight back to Surat was at 4 pm, we decided to rest at Gujarati Samaj till then,” she said.

Police said they have identified the two accused and come to know that one is a resident of Sadar Bazar, while another stays in a rented accommodation at Sultanpuri. Police found during investigation that after snatching the bag, they went to Paharganj to see its contents. “A team of north district went to arrest the duo in Sultanpuri, but they managed to escape. One of them was earlier arrested from Civil Lines in another case of snatching,” a senior officer said.

Delhi Police PRO Mandeep Singh Randhawa said, “We have identified both accused and are conducting raids to nab them.”

Meanwhile, AAP spokesperson Raghav Chadha said: “The law and order in Delhi is the sole responsibility of the Ministry of Home Affairs. With each passing day, the law and order situation is going from bad to worse. The alacrity that Delhi Police shows in chasing political opponents of the BJP is completely absent when it comes to providing safety to the people of Delhi. The most recent victim of this has been the niece of our Hon’ble Prime Minister. The broad daylight snatching shows how miserable, pathetic and worrisome the law and order situation is in Delhi. It is all the more shocking that such an incident took place near the residences of Hon’ble L-G and Chief Minister.”