The chief minister said the state government will issue a dedicated helplines for those willing to donate plasma. 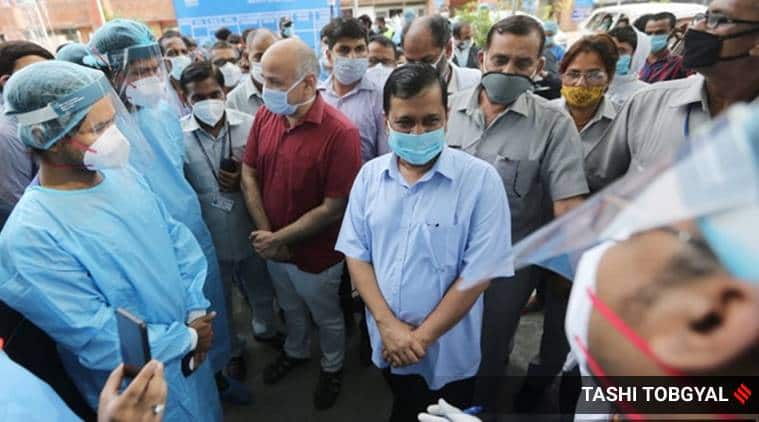 The Delhi government will launch a plasma bank within the next two days for coronavirus patients at the Institute of Liver and Biliary Sciences (ILBS), Chief Minister Arvind Kejriwal announced on Monday. The chief minister said that the creation of the repository is a first-of-its-kind initiative in the entire country and appealed to recovered patients to donate their plasma.

“The Delhi government has decided to create a plasma bank, which is perhaps the first such initiative in the country. All the modalities are complete. It will start in another two days,” Kejriwal said. He added that the decision was taken in light of the high demand for plasma and its low supply.

The chief minister said the state government will issue a dedicated helplines for those willing to donate plasma. “Once we get a request, all assistance, including vehicles, will be extended to the person. At LNJP Hospital, over the last few days, 34 out of 35 people who were administered plasma therapy have recovered. At one private hospital, 46 out of 49 have recovered,” he added.

Delhi was among the first states to have carried out plasma therapy on Covid-19 patients. The Aam Aadmi Party chief said that the therapy helps to increase the oxygen saturation levels and reduce respiratory rates.

However, he cautioned that the therapy should not be considered a silver bullet, saying it may not be effective on critical patients.

Under the therapy, plasma, which is a component of human blood, is extracted from patients who have recovered from the virus. The plasma of such patients carry antibodies that the body creates to ward off the virus.

In Delhi, of 83,007 coronavirus cases registered so far, 52,607 fall in the recovered/discharged/migrated category.

Gangster gunned down in Meerut

Sai Pallavi's dreams shattered with COVID-19
We and our partners use cookies on this site to improve our service, perform analytics, personalize advertising, measure advertising performance, and remember website preferences.Ok