The four had banded together in 2010 in an attempt to bring attention to the pollution in the area, and they decided to take the issue to the courts after failing to make any impression with their small campaigning on the state government. 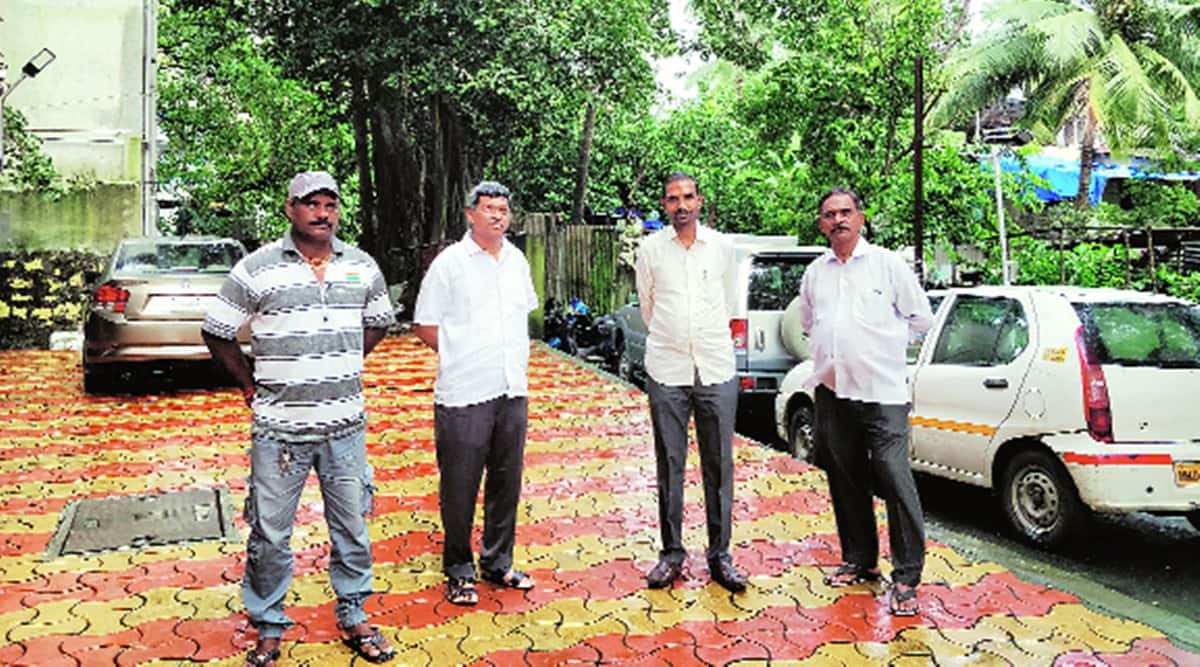 On a Saturday afternoon, in a residential block at a nondescript Mahul village, in the eastern suburbs of Mumbai, four middle-aged men gathered a day after a hard-fought victory in the National Green Tribunal (NGT), not to celebrate, but to prepare themselves for what they know will be a hard road ahead.

The four men — two government employees, a businessman, and a self-employed individual — led the fight for their villages’ ‘demand for clean air’. Their dogged pursuit of the case paid off when the NGT, in an order Friday, asked four firms in the area — Sea Lord Containers Ltd (SLCL), Aegis Logistics Ltd (ALL), Bharat Petroleum Corporation Ltd (BPCL) and Hindustan Petroleum Corporation Ltd (HPCL) — to pay a fine of Rs 286.2 crore for the damage caused by ‘volatile organic compounds (VOCs)’ emitted by their activities. But the NGT did not grant their main demand, which was closure of the units which it held responsible for turning the area into a toxic “gas chamber”. The massive fine is to go into devising ways to prevent air pollution in the area.”Our demand was the closure of this company (Sea Lord Containers Ltd), as it is causing pollution and related issues. We are upset but the fight will continue,” said Charudatt Koli, who looked noticeably tired and dejected because of the order as he sat surrounded by Dayaram Harishchandra Mahulkar, Mohan Laxman Mhatre, Dattaram Laxman Koli — the three other petitioners.

Mahul in the eastern suburbs of Mumbai is home to heavy industries, oil refineries, sewage treatment plants, and chemical storage units in residential zones. Across Mahul, the smell of something burning is constantly in the air. Skin diseases (rashes, black marks on the skin), red eyes, difficulty in breathing, asthma cases, which the villagers say they had not heard of before 2010, are now common among all residents. Many have lived in the area for at least three generations.

Mahulkar’s fifth floor apartment in one of the two multi-storey buildings in the area gives him a clear daily view of Sea Lord Containers Ltd. Pointing at it, he says, “It’s a stark reminder. The stench from there creeps in even through closed windows. All of my family members have skin problems, black dots on the skin, and breathing issues. The chemical stench is severe at night. Especially kids and senior citizens wake up mid-sleep feeling suffocated.”

The four had banded together in 2010 in an attempt to bring attention to the pollution in the area, and they decided to take the issue to the courts after failing to make any impression with their small campaigning on the state government.

In 2014, they filed a petition against Sea Lord Containers for allegedly causing pollution by putting up a chemical storage plant in the area in 2010. Earlier the company used to operate a container yard on the premises. Koli, another petitioner in the case, says he feels cheated, “We began this fight to provide justice to the residents. We wanted a solution to this air pollution problem. Why was a chemical storage unit given permission so close to residential area?”

The residents demanded the closure of Sea Lord Containers, 10 metres from Mahul village. Ambapada, which means the village of mango trees, shares the boundary wall with the company. A BMC school in Mahul village, which runs classes up to the seventh standard, is less than 10 metres away from the company. The Maharashtra Pollution Control Board (MPCB) requires a buffer zone of a minimum of 800 metres between an industrial unit and a residential area; here, a narrow road stands as a nominal divider.

“I have a three-year-old kid who continuously complains about skin itching and irritation. There is not a single treatment or medicine left that we haven’t tried for him, but there is no relief,” said Mhatre, also one of the petitioners in the case, and a resident of Ambapada. He said a dozen people in his village had been struck by paralytic attacks.

“All of us have been indirectly threatened over the years to drop the case,” said Mhatre, a shopkeeper in the area.

Koli says there were threats as well as inducements. “We have been under tremendous pressure, from threats to unofficial settlement offers. We are tired now. We don’t trust anyone, but we won’t drop this fight,” he said.

The legal fight has also caused a financial setback to the four. Their legal bill runs into crores. The NGT declined their plea for a personal payout of Rs 1.5 crore to each of them.

Mahulkar’s son, not wanting to be named, said, “We have had discussions about the monetary investment in the case. We have borrowed money, invested savings, put the property on mortgage for this case. We were hoping that along with the order if we had received some compensation, the burden of debt could have been lifted.”

However, with all the setbacks the four claim that they will continue with their struggle and ensure that the companies responsible for the air pollution in the area either up their game in controlling the menace or shut down in the long run.