Mumbai reported 1,287 fresh cases – 19 per cent of the cases reported on Sunday – taking the number of infected in the city to 84,524. With at least 69 deaths being reported, Mumbai has recorded a toll of 4,899 until Sunday. 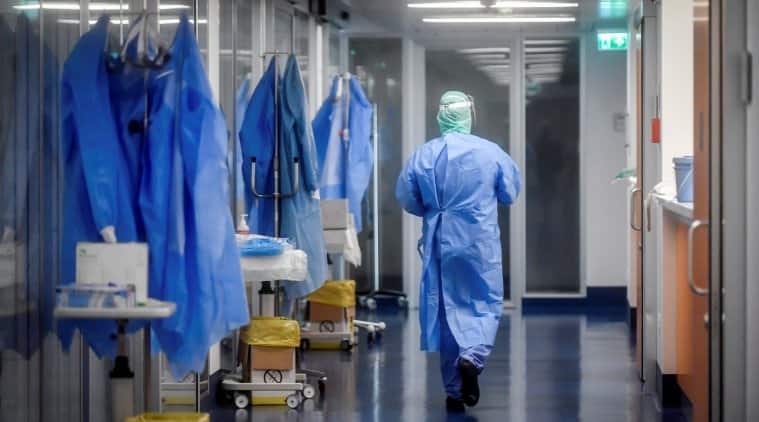 Maharashtra on Sunday recorded 6,555 new cases of Covid-19, taking the statewide count to 2.06 lakh. It also reported an overall toll of 8,822, with 151 people succumbing to the virus.

Mumbai reported 1,287 fresh cases – 19 per cent of the cases reported on Sunday – taking the number of infected in the city to 84,524. With at least 69 deaths being reported, Mumbai has recorded a toll of 4,899 until Sunday.

Overall, the city accounts for 41 per cent of the state’s Covid-19 load. However, with rise in the number of cases being reported Mumbai Metropolitan Region (MMR) – the city’s neighbourhood – the share of Mumbai in new cases is gradually dipping.

While Thane district in MMR recorded 349 new cases, the figure for Pune district was 882, taking their case load to 11,959 and 22,236, respectively. Along with Mumbai, Thane and Pune districts now account for 57 per cent of the total state load.

Across Maharashtra, of the 151 people who succumbed on Sunday, the bulk were from MMR and Pune region. While Mumbai accounted for 69 deaths, 20 died in Pune, eight in Kalyan Dombivali, four each in Thane and Vasai-Virar, three from Bhiwandi Nizampur and one from Mira Bhayander. The remaining deaths were reported from across the state.

Maharashtra’s fatality rate stands at 4.2 per cent and recovery rate at 54 per cent. Of the over 11 lakh people tested so far, 18.5 per cent have been found to be infected. Health officials said the high positivity rate is due to targeted testing and slowly rising viral transmission in the community.

Mumbai accounts for a higher positivity rate with over 22.5 per cent of those being examined testing positive for Covid-19.

From Monday, BMC-run hospitals in Mumbai will start administering Remdesivir drug to moderate and severely-ill patients. Until now, only Seven Hills hospital in the city had got Remdesivir stock on donation. KEM hospital, Sion hospital and Nair hospital, which are treating a huge number of Covid-19 patients, are yet to begin the use of the investigational anti-viral drug.

The BMC has purchased 15,000 vials of Remdesivir from Hetero Healthcare at a cost of Rs 4,144 each. Hetero Healthcare, which is selling the drug under brand name Covifor, is one of the five companies that has signed a licensed agreement with Gilead Sciences to manufacture and distribute Remdesivir in India and Pakistan. The market price is Rs 5400, but BMC got the stock at a discounted rate for bulk order.

A resident doctor in Bhabha Bandra hospital said while they have received another anti-viral drug, Favipiravir, peripheral hospitals are yet to receive Remdesivir.