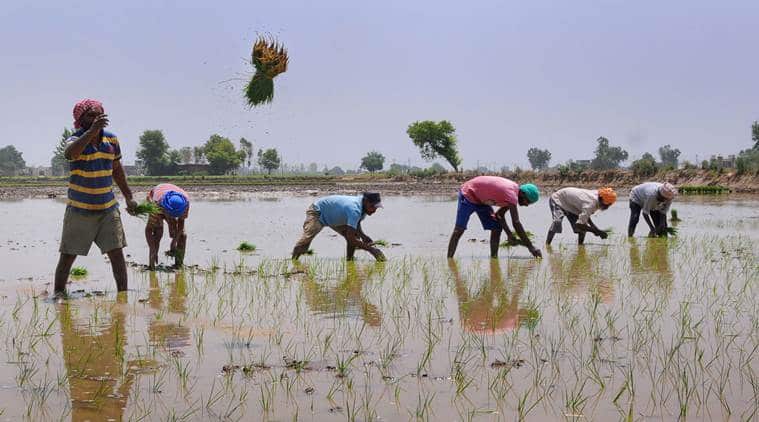 The state government has urged the Centre to allocate more funds under the Pradhan Mantri Krishi Sinchai Yojana (PMKSY) to bring at least 50 per cent of agriculture land under micro-irrigation over the next five years.  It has also urged the Centre to promote micro-irrigation to crops beyond high, water-intensive sugarcane and bananas under the ‘More Crop Per Drop’ scheme.

In last five years, the state government has put a thrust on micro-irrigation following recurring drought in Marathwada and parts of Vidarbha. Chief Minister Devendra Fadnavis, who heads a high-powered committee of chief ministers for agriculture transformation in India, has also made a pitch for making micro-irrigation mandatory, stating that it ensures effective water management and assures higher quality farm produce.  The total land brought under micro-irrigation in Maharashtra between 1986 and 2019 is 23.86 lakh hectares, of which 17.09 lakh hectares land is under drip irrigation and 6.77 lakh hectares under sprinklers.

The financial burden under micro-irrigation is shared by the Centre and state in a ratio of 60:40 — for 2019-20, the proposed expenditure for micro-irrigation in Maharashtra is Rs 653.33 crore, of which the Centre’s share is Rs 400 crore and state’s Rs 253.33 crore. While farmers are provided subsidies for installation of drip irrigation sets and sprinklers in their fields, their response to the scheme so far has been moderate sans assurance of sustained financial support from the government.

“Micro-irrigation is a good project, but questions are being raised about its practicality. Farmers have to trained well and provided the necessary infrastructure for the project to succeed,” Vasantrao Naik Sheti Swavalamban Mission (VNSSM) chairman Kishore Tiwari said. He added that replacement of drip and sprinkler sets, which often rust, is necessary and also adds to investment cost.

As per the Centre’s operational guidelines, subsidy for small and marginal farmers is 55 per cent of the total cost of drip and sprinkler sets, while for other farmers it is 45 per cent. Micro-irrigation subsidies is given to farmers owning up to five hectares of land.  The state government, which accepted the applications from farmers through an especially designed software, e-thibak (e-drip), received 3.46 lakh applications between 2018 and 2019. Till date, 2.24 lakh applications have been sanctioned and processed.