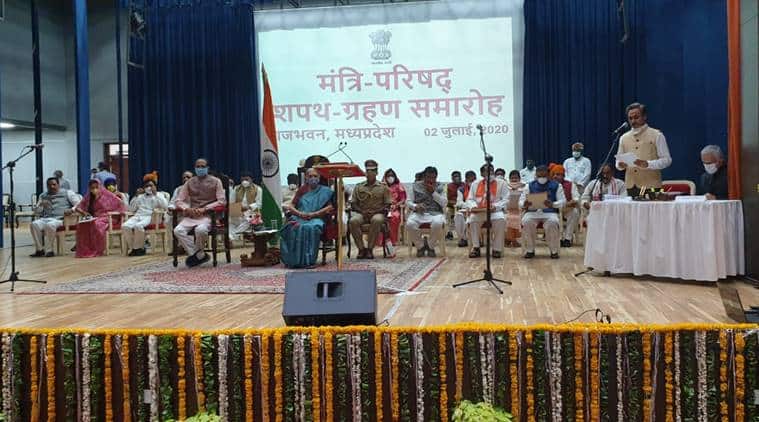 The next set of leaders to take oath were loyalists of Jyotiraditya Scindia, whose rebellion brought down the previous Congress-led government. Imarti Devi, Dr Prabhuram Chaudhar, Mahendra Singh Sisodiya, Pradyumna Singh Tomar, Rajyavardhan Singh were among those from the Scindia camp who took oath.

Chouhan had taken oath alone on March 23, the night before the Prime Minister announced the nationwide lockdown. After working alone until April 21, he inducted five ministers, including two loyalists of Scindia.

Over the last few days there were hectic parleys in New Delhi and Bhopal on who will make it to the Cabinet because the party had to make a tightrope walk in trying to adjust BJP leaders, including those who had been ministers in the past, as well as Scindia’s supporters, who will soon face bye-elections.

For all the latest Bhopal News, download Indian Express App.