Bootleggers claim the police is being extremely strict with the lockdown and sourcing liquor illegally has become a big challenge. 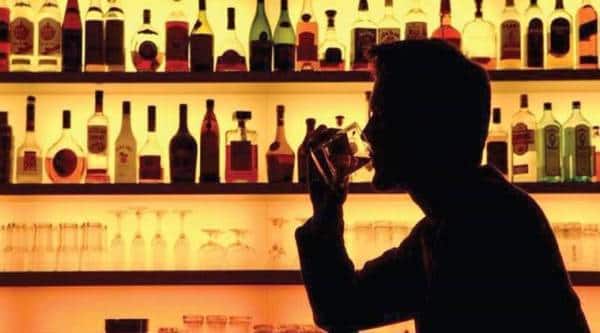 While the ongoing lockdown has put strict restrictions on the movement of residents, scores of people from various parts of the city are beating the curfew to reach areas which sell alcohol on dry days, in the hope of sourcing some liquor from bootleggers. The latter, on their part, have upped the rates to an unprecedented 300 to 500 per cent of the retail price.

During morning and evening hours, localities such as Wadarwadi in Shivajinagar, and other “well-known” haunts in Vishrantwadi, Yerwada and Hadapsar are visited by alcohol aficionados.

The closure of alcohol shops in Pune on March 20 had come as a surprise to many as the Pune District administration initially seemed inclined to keep them open. While the administration issued an order of closure of bars, permit rooms and clubs on March 18, it had allowed retail shops to remain open. But two days later, it suddenly announced closure of all the shops.

On Monday, the closure was extended till April 14, when the 21-day lockdown is scheduled to end.

For the first few days after the closure was announced on March 20, the price of alcohol in the black market was about double the usual price.

Bootleggers claim the police is being extremely strict with the lockdown and sourcing liquor illegally has become a big challenge. “Unlike the usual dry days which last for just one or two days or maximum four-five days, as during Ganpati festival, this time it’s going to last for several weeks,” said a 26-year-old man who works at a liquor shop in Shivajinagar area, and since the closure has been procuring the liquor from some retail shops and bars, and selling it illegally at a high premium.

According to those selling alcohol illegally, the extremely high prices of ‘foreign liquor’ has made several of its consumers turn to hooch, which is synthesised in rural areas in the outskirts of the city and sold in several places, including Wadarwadi, slums in Yerwada area, and Hadapsar. “A pouch of hatbhatti (hand made hooch) is priced at Rs. 100 now. Generally, it’s sold at Rs. 30 and contains about half-a-litre liquor,” said Prakash, a frequent user. “I can see that several people who generally consume rum or whisky come to buy hatbhatti pouches now a days. What else can they do?,” he says, adding that police have been raiding and closing down the hatbhatti joints too.

For some, the closure of liquor shop and the extremely high prices in black market have led to a period of forced abstinence. “I bought it once from the bootleggers when it was priced at Rs. 250. Now, I have stopped drinking. I will wait until the lockdown ends,” said Maruti, an autorickshaw driver from Gokhale Nagar.

An opportunity for addicts to quit liquor?

As per Mukta Puntambekar of Muktangan – a city based de-addiction and rehabilitation institute — alcoholics should use this opportunity to free themselves of the trap of alcoholism.

“When an addict gets into rehab, what we generally do is to put him or her into a controlled environment where, notwithstanding craving or withdrawal troubles, they are not provided access to alcohol or the addictive substance. Generally, if someone attempts to give up the addiction at home, it’s very easy to give in to the craving as they can just step out and buy liquor. In the present situation, that option is not available, easily. This is the reason we are saying that this lockdown is an opportunity for alcoholics,” said Puntambekar.

While new admissions to de-addiction centers have been stopped to avoid the risk of exposing the existing inmates to the infection, the helplines have been getting calls from alcoholics or their family members seeking guidance to deal with the situation.

“Since it is difficult to procure liquor, the alcoholics may feel irritable and some might even show physical stress due to withdrawal symptoms. We are counselling them on how to deal with the situation – simple instructions such as drinking lots of water, consuming ORS or Glucon D, having supplements of Vitam B Complex – and advising their family members to provide emotional support. If the condition worsens, they can admit the addicted relative to government hospitals,” said Puntambekar.

An office-bearer of the India chapter of Alcoholics Anonymous, however, said the lockdown was unlikely to have any positive impact on the de-addiction movement. “See, a person attempts to quit alcohol only when he feels the need to get rid of alcohol due to the damage it has caused him. The hindrance in getting alcohol is not known to create such a desire. They will obtain it anyhow, and in India, you can do that by paying more or getting cheaper-quality country liquor. The lockdown may create financial troubles for the alcoholic and may require him to roam around looking for the supply, but I don’t’ think it will lead to de-addiction,” said the AA office-bearer.

Cache of 30 kgs of gold seized from diplomatic baggage in Kerala’s capital
We and our partners use cookies on this site to improve our service, perform analytics, personalize advertising, measure advertising performance, and remember website preferences.Ok