Karnataka Bengaluru Coronavirus (Covid-19) Latest News Live Updates: Karnataka has been reporting a high number of deaths in the last three days. As many as 198 of Karnataka’s total 684 deaths, or about 30 per cent, have been reported since Friday (July 10). Further, he directed top officers to ensure that adequate personal protective gear is distributed to all police personnel deployed for duties at hospitals and burial grounds.

Catch the latest news in Bengaluru and Karnataka as we bring you live updates on COVID-19, lockdown 5.0 and phase 1 of the unlock across the state and more through the day.

Members of the National Students’ Union of India (NSUI) staged a protest in front of Christ (Deemed to be) University near Dairy Circle in Bengaluru on Monday against the University’s decision to hold the semester-end examinations online for all students except those in their final years.

The activists held placards that read “Stop exams, save students.” On Friday, the Karnataka government announced its decision to conduct final semester exams before the end of September. However, the government said that the intermediate semester students pursuing degree and post-graduation courses including engineering, and diploma courses for the academic year 2019-2020 will be promoted without examinations. 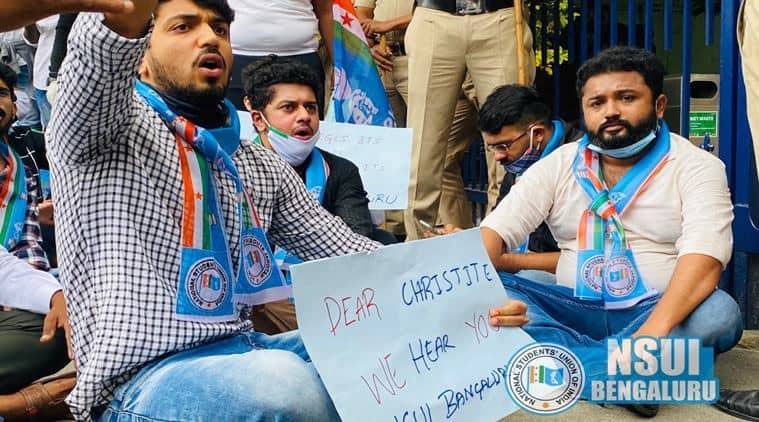 The results of the Karnataka second-year Pre-University Certificate (PUC) exams will be announced on Tuesday.

Confirming this, Primary and Secondary Education Minister S Suresh Kumar said, “The results of the II PUC exams will be released at 11.30 pm tomorrow (July 13). The only remaining paper (English) which was originally scheduled to be held on March 23, was held on June 18, once lockdown norms were eased.”

The former prime minister and JDS supremo H D Deve Gowda on Monday demanded the state government to impose a one-week statewide lockdown to curb the spread of COVID-19.

Speaking to reporters Gowda said, “I welcome the state government’s decision to lockdown Bengaluru for one week. The same should be implemented across the state to curb the spread of COVID-19.”

“Many accusations are being thrown around about irregularities in the several special packages announced by the government. We should discuss it in the next session and not now, public health should be our only priority now,” he added. In view of the one-week lockdown announced in Bengaluru, the Karnataka State Road Transport Corporation announced 800 buses to various destinations on Monday and Tuesday.

“Today and tomorrow, 800 buses are deploying to cater the travelling public.Today, 231 buses booked for advance reservation. Maintaining social distance, thermal check made mandatory for passengers,” a KSRTC release read. As of 10 am on Monday, 249 buses have operated from Bengaluru to various detsinations ferrying 6641 passengers.

“It is requested to the traveling public, please don’t be panic, we have planned for sufficient number of buses for today and tomorrow,” an official said.

In the second instance of Karnataka releasing personal data of those affected by Covid-19 online, details of those in home quarantine were available in public domain for hours on Sunday, before being taken down by the evening.

The list of thousands of people across 30 districts of the state – including their full names, mobile number, address, and date of completion of home quarantine – was visible on the ‘Parihara’ website, linked to the web-application of the same name. The details could also be downloaded and exported to an Excel-sheet format.

A health department official termed it “a technical glitch”.

Ahead of the seven-day complete lockdown announced in Bengaluru Urban and Rural districts, Karnataka Health Commissioner Pankaj Kumar Pandey said that the same would help trace the source of infection.

“Lockdown can relatively contain the peak and bend the curve, allowing us to trace the source of infection. Lockdown mitigates the demand on the healthcare, reducing the likely options and mediums for the virus to spread,” he said.

Ravi said that he has taken three tests just to be sure of the diagnosis and he stated that he is asymptomatic and is in home quarantine. “For now, I’ll continue to work from here and undergo treatment. Very soon, I’ll get cured and comeback to work with you all,” he said in another tweet.

Kodagu on Sunday reported one more Covid-19 death, taking the death toll to three in the district. A total of 18 people tested positive for the novel coronavirus on Sunday, the district administration said.

There are now 105 active cases in the district. Kodagu DC Annies Kanmani Joy, said, “An 86-year-old woman, who hails from Virajpet taluk, with a history of hypertension, was admitted to the COVID hospital on July 6 and tested positive on July 7. She was on a ventilator and passed away at 10.45 pm on Saturday.”

As the number of fresh Covid-19 cases and fatalities linked to the pandemic surge in Bengaluru, at least 18 wards in the city recorded over 10 cases each on Sunday, BBMP statistics revealed.

According to BBMP’s Covid-19 War Room data, Shantala Nagar topped the list with 31 cases, followed by Sudham Nagar (30), Chamarajpet (28), and Jayanagar (26), among others.

Meanwhile, the number of active containment zones in the city comprising 198 wards rose to 3168. The health department also attributed 45 more deaths that took place over the last few days to Bengaluru’s death toll on Sunday. With this, 274 deaths have been reported cumulatively from the city.

The SSLC answer sheets evaluation scheduled to begin on Monday has been postponed in Bengaluru Urban and Bengaluru Rural districts following the lockdown announced by the Karnataka government.

Karnataka Primary and Secondary Education Minister S Suresh Kumar said, “The evaluation at Bengaluru Urban and Rural districts have been postponed due to the lockdown. Meanwhile the evaluation work will go as per schedule in all other districts. The new dates will be announced after July 22.”

Karnataka conducted over 40,000 tests for the first time since the pandemic began over a single weekend.

According to statistics shared by the Department of Health and Family Welfare Services, 20,050 tests were done on Sunday (July 12) while the same was 20,587 on Saturday.

The state had tested over 20,000 on a single day for the first time on Thursday (July 8) a couple of days after a visiting team from the Union Health Ministry recommended the state to ramp up testing numbers.

The testing numbers, which was otherwise around 15,000, has been kept higher since then. A similar trend has been observed in capital city Bengaluru as well. Over 35 per cent (97 deaths) of the cumulative fatality count (274) in the city linked to the pandemic was confirmed by the Karnataka Department of Health and Family Welfare Services in the last three days alone (from July 10).

Karnataka in the last 24 hours reported 2,627 cases, 693 discharges and 71 deaths, according to the health department bulletin.

Of the total positive cases, 15,409 persons have recovered and been discharged while 22,746 active cases are being treated at COVID-19 designated hospitals. 532 persons are admitted to the ICU. The death toll in the state stands at 684.

On Saturday, the Karnataka government announced a complete lockdown in Bengaluru Urban and Rural districts from 8 pm July 14 to 5 am 22 July. Detailed guidelines on week-long lockdown will be issued on Monday, said Karnataka Chief Minister BS Yediyurappa.

Karnataka Home Minister Basavaraj Bommai Sunday orderded the State police force to encourage receiving complaints online and to deploy only essential personnel at police stations across the state, in the wake of the coronavirus pandemic.

Further, he directed top officers to ensure that adequate personal protective gear is distributed to all police personnel deployed for duties at hospitals and burial grounds.

In a statement, Bommai said that senior officers should ensure masks, head gear, gloves and PPE kits are provided to those working in the frontline. Further, all police stations have been ordered to build a glass cabinet at the desk which receives complaints.

“Cleanliness of police stations and hygiene of police personnel should be taken care of and adequate financial assistance for this needs to be allocated across stations,” Bommai directed.

Good morning!
Welcome to the live blog from Bengaluru where we bring to you the latest updates on COVID-19, lockdown 5.0, unlock phase 1 and more across Bengaluru and Karnataka. Follow the blog to stay up to date with the state in real time. 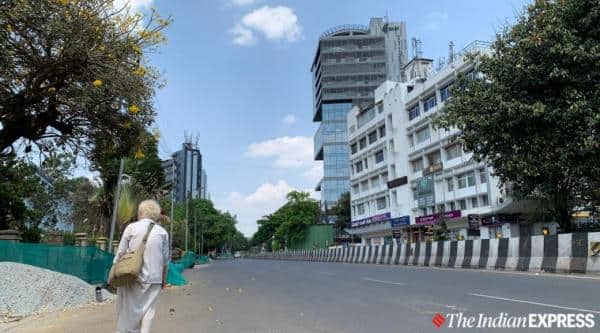 Since the lifting of the lockdown in Karnataka on June 8, cases surged at a rapid pace in Bengaluru and its surrounding areas, pushing healthcare infrastructure to its brink.

Meanwhile, in the second instance of Karnataka releasing personal data of those affected by Covid-19 online, details of those in home quarantine were available in public domain for hours on Sunday, before being taken down by the evening.

At the same time, the Karnataka government has decided to enforce a full lockdown in the Bengaluru urban and rural districts from July 14 evening to July 22 in the wake of mounting Covid-19 cases over the last week.

READ | Full lockdown in Bengaluru urban, rural from July 14 to 22

Here are a few contacts that might come handy for you in emergency situations: