Under the umbrella of Indian Scientists’ Response to COVID-19 (ISRC), Indian scientists, graphic designers, social scientists, journalists and translators aim to communicate evidence-based scientific understanding to the society in times of uncertainty. 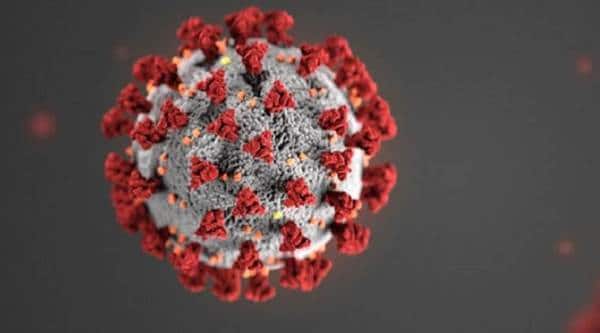 A team of scientists, graphic designers and translators from around the country have come together to bust myths, hoaxes and superstitions around COVID-19.

Under the umbrella of Indian Scientists’ Response to COVID-19 (ISRC), the group aims to communicate evidence-based scientific understanding to the society in times of uncertainty.

In a statement issued on Saturday, R Ramanujam, theoretical computer scientist at the Institute of Mathematical Sciences, Chennai, and coordinator of the ISRC, said the group started with about ten people and now has more than 400 scientists, engineers, social scientists and journalists from different parts of India. “A nanometre-sized virus has brought the world to its heels. For the person on the street, this is hard to fathom. Our group not only tries to debunk the hoaxes that are going viral but is also spreading general scientific awareness by various other means. This is critical since the success of measures coming from the government depends on citizens playing their role rationally.”

“I wanted to be part of an effort to clear up misunderstandings about COVID-19, as well as get the current scientific understanding communicated in a simple language. ISRC’s grassroots effort has brought together knowledgeable and enthusiastic people invested in the same goals. Coordinating the hoax-busting team has been rewarding” added biologist Sandhya Koushika of the Tata Institute of Fundamental Research, Mumbai.

There is no evidence to suggest mosquitoes transmit the novel coronavirus according to the ISRC hoax busters. It is a respiratory virus which spreads primarily through droplets generated when an infected person coughs or sneezes, or through droplets of saliva or discharge from the nose. Several astrologers and spiritual masters have claimed that the calendar followed by the spread of coronavirus follows a certain pattern that can be predicted by astrology. Countering this claim, ISRC has released social media material to make it clear that the motion of planets does not impact human bodies and tiny microorganisms. Moreover, they say, there is no evidence of any influence of eclipses and calendrical objects like Nakshatra and Rahu on human life. There is no connection, whatsoever, between astrological beliefs and the spread of epidemics, they say.

“Given the wide spectrum of society this pandemic is affecting, we want to move beyond the urban elite and bring the voice of science and reason to every nook and corner of India, in as many regional languages as possible. Thanks to our dedicated team of volunteers, we are now communicating coronavirus awareness in 14 Indian languages apart from English,” said astrophysicist Dibyendu Nandi of IISER Kolkata. Nandi helped assimilate many of the hoaxes and superstitions in to specific scientific questions for effective communication.

Aniket Sule, astrophysicist and science educator at the Homi Bhabha Centre for Science Education, who played an important role in coordinating translations, said that volunteers for translation came forward from across the country. Academics from outside India also contributed. “We had a talented team of scientists, including astronomers from IUCAA and IIT Bombay who worked to automate the process of generation of images in all languages. We had to ensure that the translated texts are devoid of errors. Our team worked on more than 250 images in a very short time to achieve this,” he added.

The hoax busting messages in English and 14 Indian languages are available at the ISRC group website: https://indscicov.in/busting-hoaxes/. The short and simple social media messages are available for downloading and sharing freely, and have been designed in collaboration with the Association of Designers of India. The website also hosts detailed responses with additional references to scientific evidence and technical manuscripts.