Hooda was reacting to the statements of Vidhan Sabha Speaker Gian Chand Gupta and Chief Minister Manohar Lal Khattar, who had said that the Opposition wanted voting prior to the discussion on the three contentious legislations. 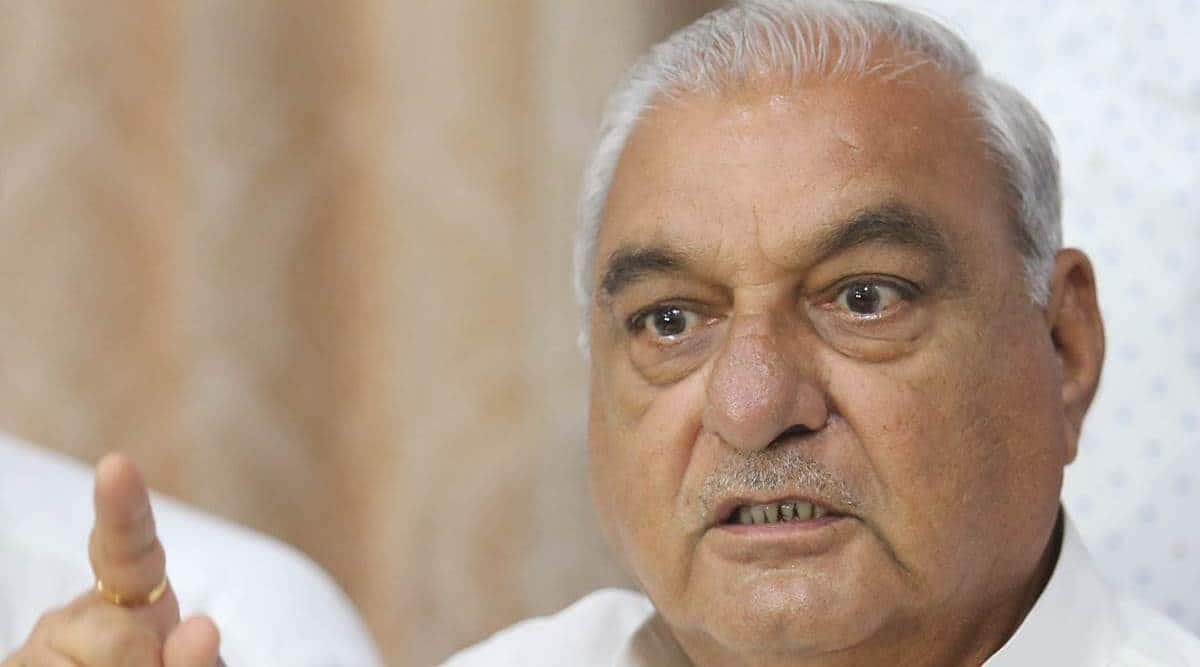 Haryana’s leader of Opposition and former chief minister Bhupinder Singh Hooda on Monday said that had if Vidhan Sabha had followed the rules, “there would have been voting” on the three central farm laws.

Hooda was reacting to the statements of Vidhan Sabha Speaker Gian Chand Gupta and Chief Minister Manohar Lal Khattar, who had said that the Opposition wanted voting prior to the discussion on the three contentious legislations. Gupta also cited Vidhan Sabha rules and regulations justifying why voting could not be held in the House unless an adequate discussion had taken place on an issue.

Reacting to the ruling party’s statements accusing the Opposition of “shying away from the discussion on farm legislations,” Hooda said, “if the rules of legislative business were followed in the House, the Speaker must have got the vote considering the demand of the Opposition. The Opposition was continuously seeking voting on the three new agricultural laws. The voting would have shown people which party and MLAs are standing in favour of these legislations and who all stood with the farmers. But the Speaker repeatedly refused voting, citing Rule 184, which is unfortunate. It seems that Speaker did not fully understand the rules as 183 precedes rule 184”.

“It is clear in the rules that the Speaker can get voting done under Rule 183, if he wishes. The Speaker should have got voting done under Rule 183 on such a big issue of farmers so that the whole truth would be known to the public. Congress had been raising the same demand. We had been demanding that either an amendment be carried out in the three laws to include provisions to guarantee MSP or a separate law should be brought which would make it mandatory for private firms to buy at MSP and punishment be given out to those who purchased crops below MSP. But none of our demands were accepted,” Hooda added.

“The way the voice of the Opposition has been suppressed in the House, it is clear that the government did not have the answers to our questions. The Speaker rejected most of the amendments and proposals made by Congress and throughout the proceedings, it seemed that the government had called a session only to settle its legislative business. In the previous session too, the government kept the session for only a day and ran away from answering many important issues, by making an excuse of Covid. This time too, the duration of the session was kept just two days to avoid discussing issues like the farm laws, MSP of crops, liquor scam, registry scam, rising unemployment, PTI, Group D employees, rising crime, deaths from poisonous alcohol,” Hooda said, citing the number of ‘Calling Attention Notices’ given by the Opposition that were not taken up.

“If the legislators wanted to raise their voice inside the House, they were named and thrown out. Despite this, if the Speaker says the proceedings of the House were in accordance with the rules, then it is only his opinion, the Opposition does not agree with this,” Hooda said while reacting to the Speaker’s decision to name Opposition’s members who kept raising their demand to get a voting done on the farm legislations in the Vidhan Sabha’s last session that concluded last week.