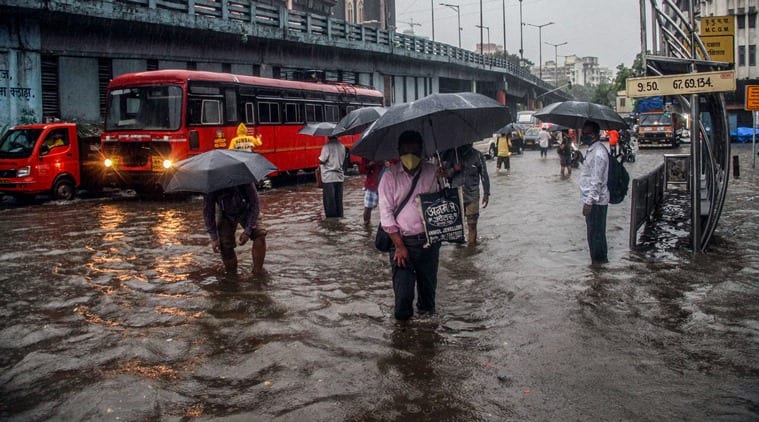 Instances of wall collapse, uprooting of trees and waterlogging were reported in Maharashtra as heavy rains lashed large parts of the western state, including Mumbai, for the second day on Saturday. However, there were no casualties.

The Alibaug observatory in neighbouring Raigad district recorded 87.4 mm rainfall from 8.30 am to 5.30 pm on Saturday. Harnai in coastal Ratnagiri district, south of Raigad, recorded 52.6 mm rainfall during the period, while the Ratnagiri city weather station recorded 54.1 mm of rainfall. 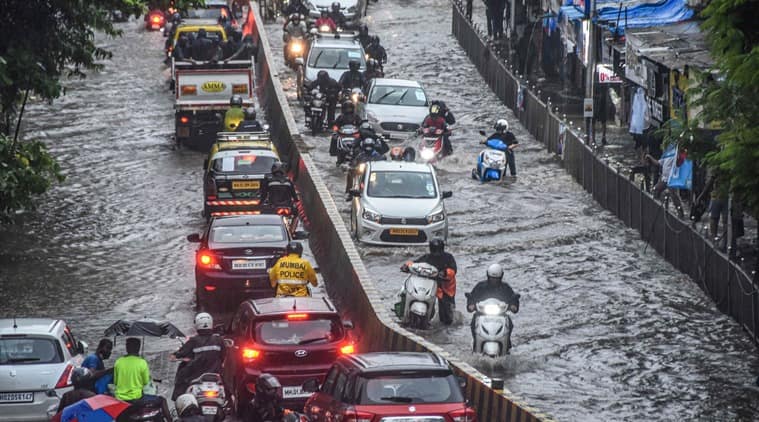 The disaster management cell of the Brihanmumbai Municipal Corporation (BMC) said waterlogging was reported in low-lying areas of the city such as Sion, Dadar and Milan Subway. “But there has been no complaint of major waterlogging so far,” an official said. “There were 19 complaints of tree or branches falling, but nobody was injured in the incidents,” he said.

In Thane, two incidents of wall collapse were reported, civic authorities said. No casualties were reported in both these incidents, an official said.

A 12 feet wall collapsed near Khetale Garden in Hajuri area due to heavy downpour in the morning hours, while a six feet wall in Azad Nagar also came crashing down, said Santosh Kadam, chief of the civic disaster management cell. 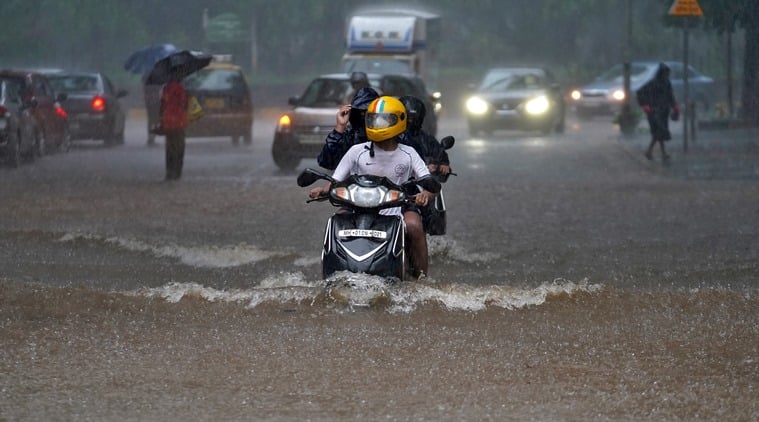 In another incident, a portion of the first floor of a building in the city collapsed due to heavy rains. The rest of the structure was also weak, the official said. There were no casualties in the incident, he said.

Late on Friday, the IMD had issued a red alert for Mumbai, Raigad and Ratnagiri for Saturday. It had predicted heavy to very heavy rainfall at many places in Palghar, Mumbai, Thane and Raigad districts.

On July 1, the weather department had forecast fairly widespread to widespread rainfall activity with isolated heavy to very heavy falls very likely along the west coast, Gujarat and Maharashtra till Sunday.

Chandigarh, the joint capital of Haryana and Punjab, recorded a high of 35.3 degrees Celsius.

Some parts of the state received rainfall. Gorakhpur recorded the maximum rainfall at 34.1 mm, followed by 30.2 mm in Jhansi, 19.4 mm in Churk in Sonbhadra district, and 3 mm in Sultanpur, the weather department said.