While the city’s recovery rate on Sunday stood at 71.7%, the fatality rate was 3.1%. “Patients in home quarantine are recovering well. The focus needs to shift to those with severe symptoms as we need to lower the death rate. 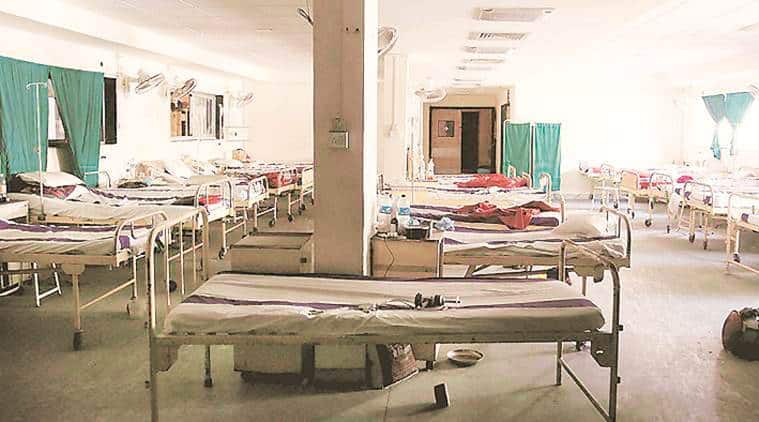 Delhi has managed to more than double the number of ICU beds with ventilators over the past month, data shows. While there were 408 ventilator beds in the city on June 3, the number rose to 898 by Sunday evening.

As the number of Covid-19 cases rises in Delhi, the state government is focusing more on those with severe symptoms and who need intensive care. On Sunday, 2,244 new Covid cases were added to the tally, taking the total to 99,444. The death toll is 3,067, with 63 deaths reported in the last 24 hours.

While the city’s recovery rate on Sunday stood at 71.7%, the fatality rate was 3.1%. “Patients in home quarantine are recovering well. The focus needs to shift to those with severe symptoms as we need to lower the death rate. This is why we had asked the Centre to also provide us with ICU beds, when the Home Minister said 2,000 beds in Centre-run facilities will be provided by them,” said a senior government official.

Meanwhile, the state health department has made antigen testing mandatory for a section of patients visiting healthcare facilities — including those who have influenza-like symptoms or are admitted with Severe Acute Respiratory Infection; asymptomatic patients who have to undergo chemotherapy; those immunosuppressed including ones who are HIV+; those who have to undergo transplants; those over the age of 65 with co-morbidities.

The Delhi government has purchased over 6 lakh rapid antigen testing kits. The first set of 10,000 kits was given by the Centre.

Niti Aayog CEO, Amitabh Kant said Delhi’s testing rates – the city has tested 33,868 people per million –should be emulated by other states. In a tweet, he said: “This is critical. States must be judged on testing. We can succeed against Covid-19 only with 3T strategy of testing, tracing & treating.”