When a 28-year-old womanand her two sleeping children aged 8 and 6 were murdered in west Delhi’s Raghubir Nagar three years ago, their neighbour Akram accompanied the police and assisted them in their investigations. He also went on to lead a rioting mob that tried to burn alive the woman’s landowner, the initial suspect.

But when the case was cracked, It turned out Akram was the alleged killer. His proximity to the investigators kept him aware about the probe. And his “helpful” approach ensured police did not suspect him for the first few days.

Akram is among the breed of “smart” killers in Delhi who managed to hoodwink the investigators for as long as a month, simply by pretending to help.

Instead of fleeing, they chose to move with the police and stay with the victim’s family. But in most such cases, their “over smartness” gave them away.

This February, Avdesh Sakya, an IAS aspirant, tricked the police for over a month after allegedly murdering a seven-year-old child and hiding his body in a suitcase.

For five weeks, multiple police teams checked all homes in north Delhi’s Nathupura neighbourhood but did not even once enter Sakya’s room where the suitcase was hidden.

“Sakya had won the trust of the child’s parents and no one in the family suspected him. It was he who had got the FIR registered. He would stay at the boy’s home, dine with them and cook up stories to mislead the investigators,” Aslam Khan, deputy commissioner of police (north-west), who had led the probe, said.

“He had created such an aura around him that a few of the boy’s relatives wouldn’t believe he was the killer even after his confession,” Khan said.

But then, Sakya too went overboard with his fake stories. “He went way too far in his bid to outsmart us. Like most such killers, he gave himself away,” the DCP said.

Khan learnt a lesson from the incident and used this experience to nab a kidnapper who was set to kill a boy in mid-June after abducting him from nearby Swaroop Nagar. “Though the kidnapper was known to the 12-year-old boy, he was showing unusual interest in the case. That pointed the needle of suspicion towards him,” Khan said. 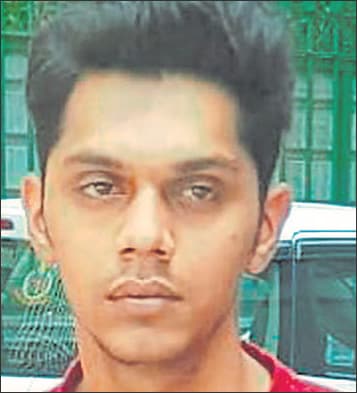 Nimesh Desai, director of Institute of Human Behaviour and Allied Sciences (IHBAS), said such people exhibit “psychopathic” behaviour from an early age but it manifests into such crimes only much later.

“Early indicators of such behaviour are an indifferent nature to relationships. Their own pleasures and desires are paramount. They believe they can outsmart police by their manipulations but their learning of sociology is actually very poor,” said Desai.

Police officers say this tendency of criminals of pretending to help the police is often seen among kidnappers who want a regular update in the probe to plan their next move.

One such example was in north-east Delhi’s Bhajanpura in August when a man named Lalit Kumar allegedly kidnapped his 11-year-old brother-in-law to take revenge on his wife, who left him to return to her parents’ home after a dispute.

Police said Kumar knew the exact moves of the investigators. He even put up posters of the missing boy.

The needle of suspicion turned towards him because of his “hysterical laughs” whenever the names of close family members were discussed as probable suspects. Finally, CCTV footage near the crime spot did him in.

Two months ago, a 26-year-old animation designer in south Delhi’s Jamia Nagar allegedly got his parents killed for refusing to let him stay in touch with his girlfriend. Abdul Rehman managed to fool the police for three weeks by his “pretentious behaviour” .

“He behaved like a regular devastated son. He wanted to know how we were progressing in our probe but we were careful not to let him in. He was not under our radar of suspicion until discrepancies began to appear in his statements,” said Chinmoy Biswal, deputy commissioner of police (south-east).

“Killers like Rehman are usually very intelligent and remorseless. They believe they can be a step ahead of the police. Killers with less intelligence usually flee from the murder spot,” said Biswal.

Rajat Mitra, a clinical psychologist, explained the mind set of such criminals. “The IQ of such criminals is high. They plan meticulously. They think they will be able to get away by impressing police and becoming their ally,” said Mitra.

But not every such accused is able to hoodwink police for long. Last October, a restaurateur who allegedly shot dead his wife in his car in north Delhi’s Shalimar Bagh went undetected just for a day.

Pankaj Mehra had a “well-planned” story that involved blaming a moneylender and an entire fake sequence of events leading to the murder. Police arrested him after watching CCTV footage and studying scientific evidence.

Mitra said such criminals eventually get caught despite their best efforts. “Once they believe they have succeeded, they become overconfident and careless and miss out on specific details. They become curious and begin asking too many questions,” said the psychologist.

Another such “smart killer” is 19-year-old Rohit, who allegedly killed a neighbourhood boy because he didn’t get along well with parents in south Delhi’s Okhla last September.

Rohit led a group of local residents who searched for the missing boy and was keen on assisting the police but the stench from his room nailed him.

A month before that, 18-year-old Sarthak Kapoor allegedly murdered a girl he was infatuated with and misled the police for 12 hours by leading the search for her. The girl’s father had said he suspected Kapoor’s behaviour, but then felt he could be wrong in his assessment.