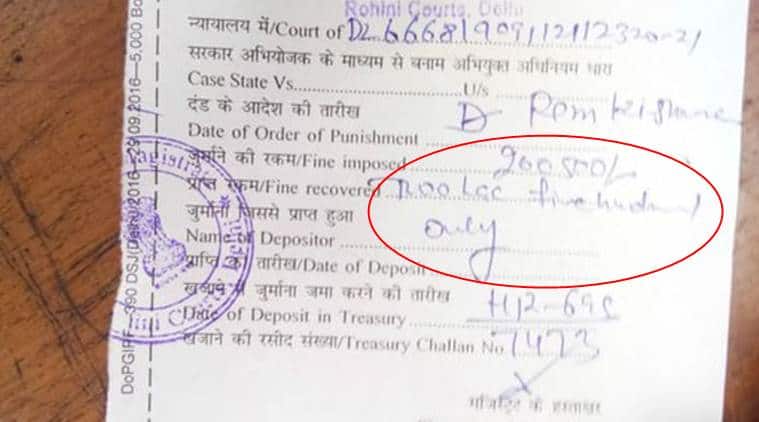 In one of the steepest fines imposed under the amended Motor Vehicle Act, a truck driver identified as Ram Kishan was issued a Rs 2,00,500 challan for overloading near Mukarba Chowk in Delhi on Thursday, news agency ANI reported.

While Uttarakhand and Gujarat have announced a cut in penalties for traffic violations under the amended law, Delhi Transport Minister Kailash Gahlot has said the government was “not mulling to dilute” penalties.

However, he did not commit to any timeline by which the Delhi government plans to notify the compoundable offences under the Act to enable on-the-spot cash payment of challans. In the absence of such a notification, enforcement agencies are having to issue court challans for every type of offence.

Besides, few states have adopted the Act in its entirety, while several states have put it on hold. Uttar Pradesh became the latest state on Thursday to announce that it was mulling a reduction in the penalties for traffic violations under Act, which came into force on September 1.

On Wednesday, Road Transport and Highways Minister Nitin Gadkari said states were well within their rights to reduce fines but they would have to “bear the consequences”.

The new Motor Vehicles Act rules propose a 10-fold increase in fines for offences like traffic violations, drunk driving, driving without a helmet, driving without seat belts and overloading. While the fine for drink driving has been increased to Rs 10,000 along with imprisonment up to six months, dangerous driving attracts a fine of Rs 5,000.

Two labourers killed as earth caves in
We and our partners use cookies on this site to improve our service, perform analytics, personalize advertising, measure advertising performance, and remember website preferences.Ok