The book has been written by Delhi University teachers Sonali Chitalkar and Prerna Malhotra, and advocate Monika Arora. 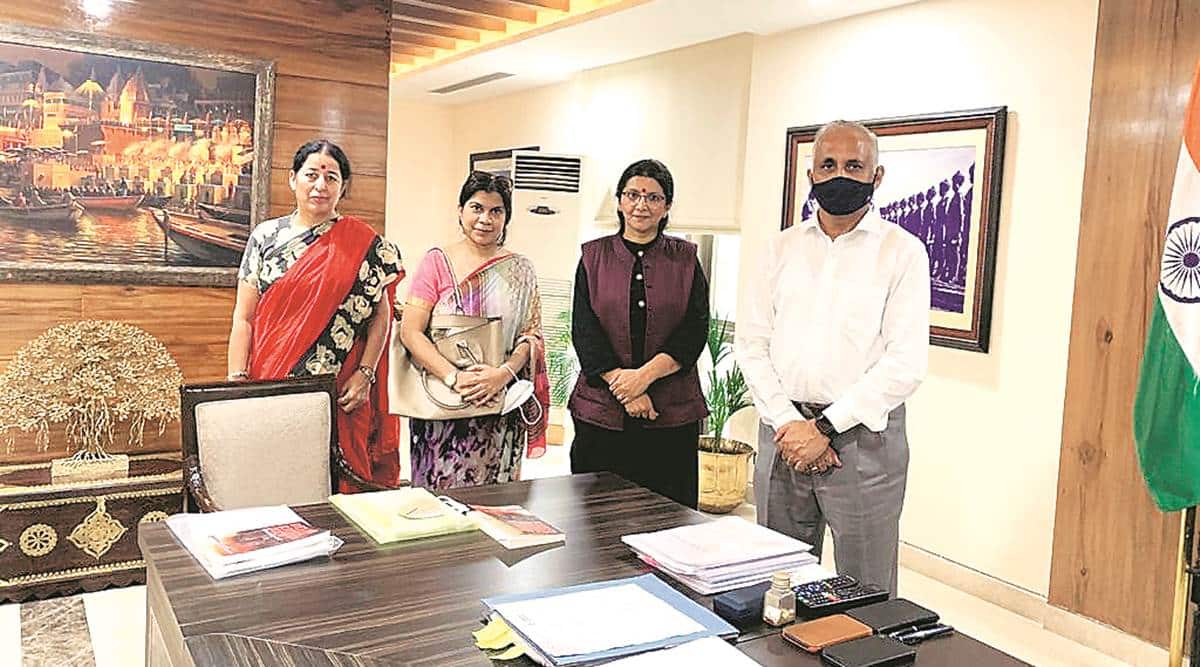 Days after Bloomsbury India withdrew from publishing the book, Delhi Riots 2020: The Untold Story, the authors have filed a police complaint alleging that the publisher leaked a PDF of the book. They also accused it of cheating, mischief and misappropriation, and sought action against a few media outlets, journalists and other authors.

The book has been written by Delhi University teachers Sonali Chitalkar and Prerna Malhotra, and advocate Monika Arora.

She said they filed the complaint after meeting Police Commissioner S N Shrivastava at the police headquarters.

DCP (Cyber Crime) Anyesh Roy, who is marked in the complaint sent to the CP, said he was not aware of it. Delhi Police spokesperson Dr Eish Singhal, Additional PRO Anil Mittal and Special Officer to the CP, Vikram Porwal, refused to comment on the meeting between the authors and the police chief.

Arora said she was upset over the “intimidation” and “violation of their freedom of expression” over the past few days. “We informed the Commissioner of the happenings related to the book,” she said. The complaint lists offences of criminal intimidation, criminal breach of trust and cheating, mischief and misappropriation of property.

Bloomsbury India had withdrawn from publishing the book after backlash over a launch event with BJP’s Kapil Mishra among “guests of honour”. The 190-page book suggests the riots were orchestrated by “jihadis” and “urban Naxals”, and had links with the Islamic State.

The Bloomsbury India spokesperson did not respond.

“A venomous campaign emerged on social media especially Twitter when this group of individuals widely known as the ‘Urban Naxal Gang’ conspired to kill the book by intimidating, bullying and blackmailing the publisher,” the complaint read.

Author Aatish Taseer, also named in the complaint, tweeted: “I’m actually glad this has happened. This should remove all doubt, in anyone’s mind, that these were not independent writers at all, but a state-sponsored syndicate, dedicated to whitewashing the role of certain BJP leaders in the Delhi Riots.”

UP government planning law to ‘regulate’ interfaith marriages, says Yogi Adityanath
We and our partners use cookies on this site to improve our service, perform analytics, personalize advertising, measure advertising performance, and remember website preferences.Ok