The IMD's impact-based forecast states that on Monday, traffic disruption on roads and water accumulation in low lying areas is expected in Delhi-NCR. 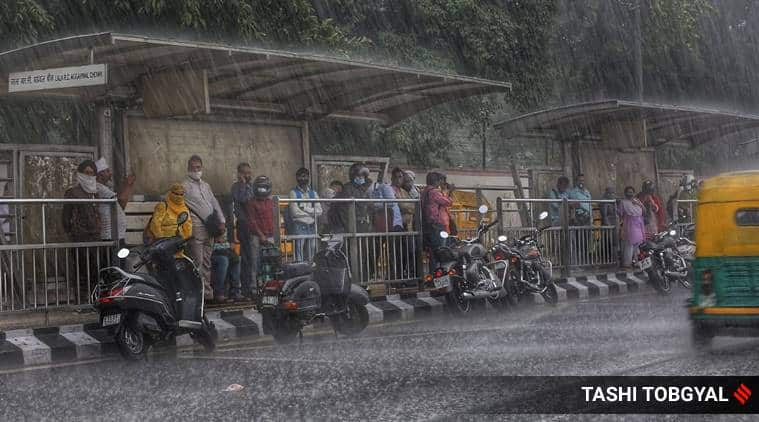 Traffic disruptions and waterlogging is expected in the capital on Monday as the India Meteorological Department (IMD) has forecast one or two spells of intense rainfall over Delhi-NCR.

It is forecast that the intensity of rainfall will pick up in the early hours of Monday, and parts of Delhi and NCR towns can expect an intense spell of 40-50mm rain in a short duration, and there’s also a possibility of heavy showers of over 65mm at some locations.

Kuldeep Srivastava, head of the IMD’s regional weather forecasting centre in Delhi, said the city began witnessing a change in the rainfall pattern Sunday onwards, which is forecast to continue until mid-week with the shifting of the monsoon trough, or the line of low pressure, to the north of the country.

“During this period, moisture-laden south westerly winds from the Arabian Sea and easterly winds from the Bay of Bengal will reach Haryana, Delhi-NCR and western Uttar Pradesh. A cyclonic circulation will also form and persist over Madhya Pradesh and adjoining areas of UP,” he said.

“Under the influence of this activity, moderate rain accompanied with one or two spells of intense rain would occur over Delhi between August 9 and 12. Thunderstorms and isolated heavy rain may also occur over NCR during this period,” Srivastava added.

The IMD’s impact-based forecast states that on Monday, traffic disruption on roads and water accumulation in low lying areas is expected in Delhi-NCR.

As of Sunday, the IMD’s Safdarjung observatory, which is representative of the city, received 1mm of rain between 8.30am and 5.30pm. At the Ridge observatory, 7mm of rainfall was recorded as of 5.30pm.

For other states in northwest India, heavy rainfall is expected between August 10 and 12 at isolated locations in eastern and western UP, east Rajasthan, Haryana, northern parts of Punjab, Uttarakhand and Himachal Pradesh.