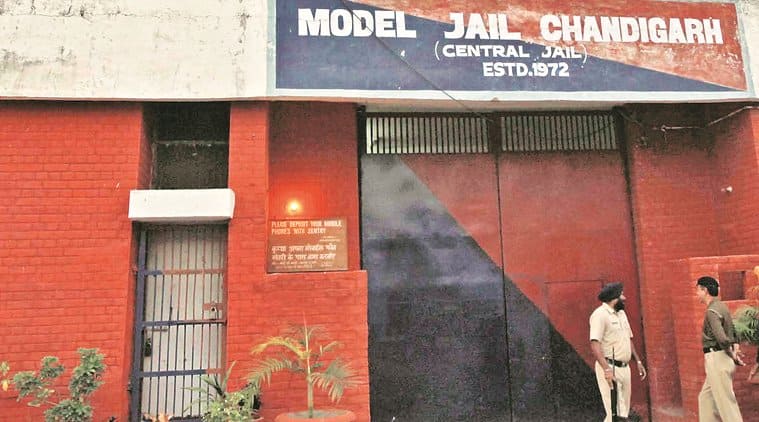 Prisoners convicted for intermediate or large quantity recovery under the NDPS Act;  those convicted under Section 379-B or the POCSO Act, for rape, and for offence of acid attack will not be considered for release from Haryana jails. The decision was taken Wednesday at a meeting of a high-powered committee, constituted on the orders of the Supreme Court to consider release of prisoners to decongest jails in the wake of the coronavirus outbreak. Jailed foreign nationals will also not be considered for release.

The committee approved proposals to consider certain categories of undertrials for at least 45 days of interim bail and a class of convicted prisoners for expeditious parole of minimum six weeks in Haryana. The meeting held under the chairmanship of Justice Rajiv Sharma, who is the Executive Chairman of Haryana State Legal Services Authority. The committee considered the nature of offices, number of years to which the prisoner has been sentenced and the severity of the offence for which the prisoner is facing trial.

The committee decided that convicts who are already on parole or furlough will be considered for an extension for four weeks and convicts, who have already availed one parole or one furlough with no adverse act, will be considered for fresh parole for six weeks. It was also decided that the convicts above the age of 65 years may be released for six weeks, except for those involved in multiple cases or convicted for intermediate or large quantity recovery of drugs or for offence under section 379-B IPC or under POCSO Act or for offence of rape or for offence of acid attack or are foreign nationals.

Among the convicted prisoners who will be considered for expeditious parole for a period of six weeks include those with no pending undertrial cases and sentenced to seven years or less. Those convicted prisoners sentenced in one case for seven years or less but with one or more under-trial cases can only be considered in case they have peacefully availed one parole and are on bail in the undertrial case or cases. The parole can also be extended for eight weeks if the circumstances demand.

In other cases, the authorities in districts have been directed to process all cases of parole “liberally and sympathetically” on an urgent basis within three days and in any case within six days. The authorities, who have the power to grant additional remission of two months and one month, have been asked to exercise their power for the eligible prisoners and release them accordingly.

However, the accused undergoing trial for intermediate or large quantity recovery under NDPS Act or IPC 379-B or under POCSO Act or for rape or for offence of acid attack will not be considered. The foreign nationals will also remain inside prisons only.

Chairperson, DLSA and the concerned District and Sessions Judges have been advised to visit the jails every alternate day and interact with the prisoners “so that pent-up frustrations get a vent and order can be maintained” inside the prisons. It has also been recommended that the judicial officers may communicate over the PA system to have a positive impact over the psychological state of the prisoners.

The high-powered Committee also constituted District Level and State Committees for submission of reports within two days and three, respectively, regarding the directions. The district monitoring committees have also to submit the list and number of all cases, granted or entitled to parole or interim bail in each category.

Here’s a quick Coronavirus guide from Express Explained to keep you updated: Are smokers at high risk form coronavirus? | Can Vitamin-C prevent or cure coronavirus infection? | What exactly is community spread of coronavirus? | How long can the Covid-19 virus survive on a surface? | Amid the lockdown, what is allowed, what is prohibited?

Border tensions: Imran Khan accuses India of ‘threatening its neighbours’
We and our partners use cookies on this site to improve our service, perform analytics, personalize advertising, measure advertising performance, and remember website preferences.Ok