Badal and Majithia are accused of defaming the retired judge, who headed a one-man commission to probe desecration of religious texts and related police firing incidents, including those that happened under SAD-BJP rule in 2015. 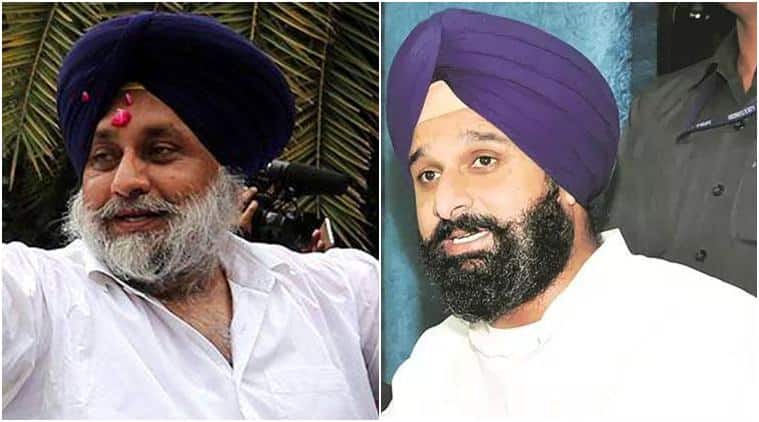 The Punjab and Haryana High Court Monday issued a notice to retired judge Ranjit Singh on Shiromani Akali Dal (SAD) President Sukhbir Singh Badal and party leader and MLA Bikram Singh Majithia’s applications for permanent exemption from personal appearance during the pendency of a criminal complaint case filed by retired judge Ranjit Singh against them. The court will now hear the matter on Wednesday.

Badal and Majithia are accused of defaming the retired judge, who headed a one-man commission to probe desecration of religious texts and related police firing incidents, including those that happened under SAD-BJP rule in 2015. The case has been filed by him against Badal and Majithia under the Commissions of Inquiry Act, 1952. It is listed for arguments over maintainability on August 21.

In his application filed through advocate Arshdeep Singh Cheema, Majithia said that as the President of the Youth wing of SAD and also as the member of the state legislature he has to discharge “multifarious responsibilities”. The court was told that Majithia belongs to a “highly respected family and has earlier served as a Cabinet Minister in the state government” and he has “a permanent place of residence in India and there is no apprehension of his running away from the process of law”. The court in Badal’s application was told he is the party president and also an elected member of the parliament.

On July 11, the duo had been granted bail by the court on on furnishing personal bonds of Rs 1 lakh each. Justice (retd) Singh in February this year had filed the criminal complaint for allegedly making defamatory statements against him in connection with the report of the Commission set up by Punjab Chief Minister Capt Amarinder Singh to investigate the various incidents of sacrilege in Punjab.

On August 23 last year, Badal held a press conference in Amritsar insinuating that Justice Singh had no legal qualification and alleged that he had fabricated the documents, including witness statements, in preparation of the report of the commission he headed. On August 27, the Shiromani Akali Dal leaders, including Majithia, mocked the report in a demonstration held outside the Punjab Assembly and staged the report’s mock sale while shouting it was available at Rs 5 in the market. The two incidents have been cited as evidence in the complaint. The commission’s report was tabled in Punjab Assembly last year.

Section 10A of the Act provides that “if any person, by words either spoken or intended to be read, makes or publishes any statement or does any other act, which is calculated to bring the Commission or any member thereof into disrepute, he shall be punishable with simple imprisonment for a term which may extend to six months, or with fine, or with both”.