Chandigarh footballer Gurpreet Singh Sandhu, who also is the goalkeeper of Bengaluru FC, became the second Indian goalkeeper after Subrata Paul to win the award. 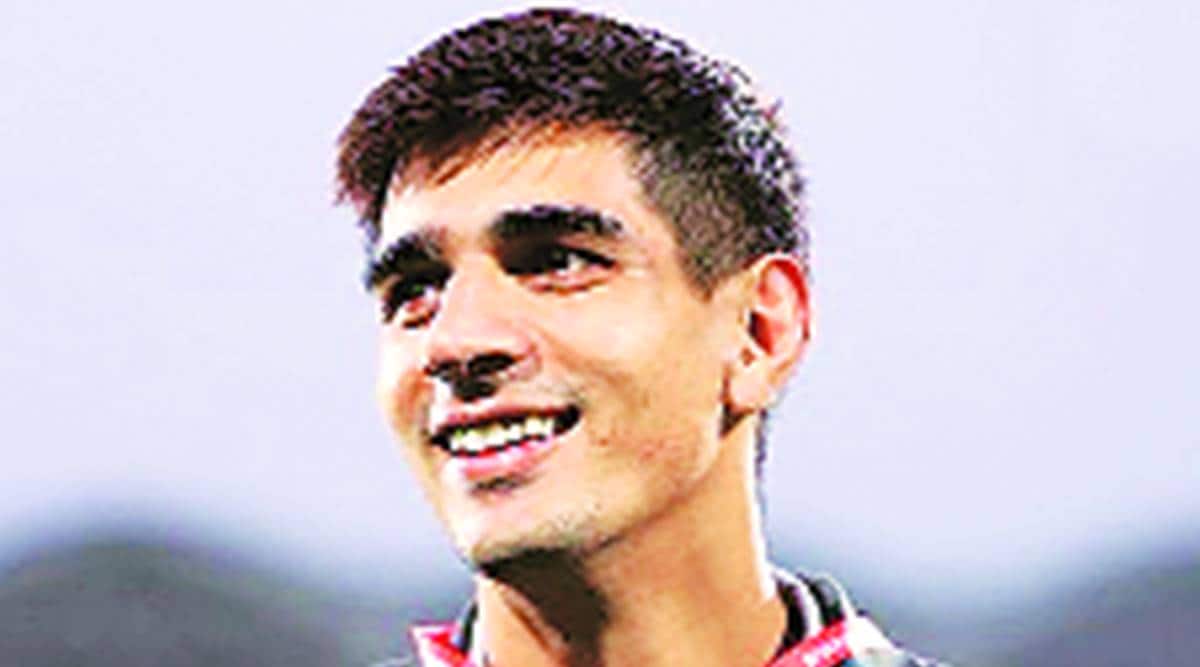 As a youngster, Chandigarh footballer Gurpreet Singh Sandhu would often read about Indian footballer Sunil Chhetri getting the footballer of the year award by the All India Football Federation (AIFF). While Chhetri has won the award six times in his career so far, 28-year-old Indian goalkeeper Sandhu too would dream about winning the prestigious award. On Friday, as the Chandigarh footballer was adjudged as the men’s football player of the year for 2019-2020 season, it was an emotional moment for the Chandigarh lad.

Sandhu, who also is the goalkeeper of Bengaluru FC, became the second Indian goalkeeper after Subrata Paul to win the award.

“As a youngster, I would often read about Sunil Chhetri bhai getting the award for the men’s footballer of the year and I would dream about achieving the same one day in my career. Chhetri bhai has won the award six times and when my name was announced for the award Friday by AIFF, it took me back to my journey, playing for the Indian football team and the Bengaluru FC team through out the last year. I believe contributions from all the coaches, support staff, including physiotherapists, accountants at Indian football team and Bengaluru FC team are also behind me getting this award. The award also means a lot for me as part of my football journey, which started in Chandigarh under Surinder sir, Bhupinder sir, Sandeep sir and Pinka sir and they all are part of this memorable day for me,” shared Sandhu, while talking with The Indian Express from Bengaluru.

A product of the St Stephens’ Football Academy, Sector 45, Chandigarh, Sandhu would break into the Indian football junior U-16 team in 2007 and would spend time under then junior chief coach Colm Toal and Tanumoy Bose. The Chandigarh lad would also play for the Indian U-19 team before making his debut for the Indian senior team in 2011.

Sandhu, who plied his trade for East Bengal and Pailan Arrows at the start of his professional career, had become the first Indian footballer to play in a Europa League match when he started for Norwegian club Stabaek FC against Quay Nomads FC in Wales in 2016. Since the last few years, Sandhu has been the frontline goal-keeper for the Indian team and also featured in India’s historic draw against Asian champions Qatar in the FIFA World Cup qualifiers in September.

The youngster was signed by Indian Super League club Bengaluru FC in 2017 and again signed a five-year contract with the Bengaluru club this year. Last year, Sandhu became 26th Indian footballer to be conferred with Arjuna award. The Chandigarh goal-keeper was in Australia earlier this year and had returned from Australia last month. It also meant that Sandhu spent his time training under former AC Milan and Australian goal-keeper Zeljko Kalac during the lockdown in Australia.

“If I talk about last year, I believe our performance against Qatar in the World Cup qualifiers in September last year was the best and I would rate my performance for the Indian football team the best of all the matches last year. Playing for Bengaluru FC in ISL too helped my game and plans. I was already in Australia when the lockdown was announced in India and Australia and initially it was bit difficult to sit at home in Sydney. But then I saw that time as an opportunity to work upon some of the things, where I needed to be better. Now I am in Bengaluru with my club Bengaluru FC and we will be starting the conditioning and training camp once the team decides,” says Sandhu, who has captained India nine times in his career.

While his father Tejinder Singh Sandhu being a SP with Punjab Police and mother Harjeet Kaur being a DSP with Chandigarh Police, Sandhu’s indian team and club commitments mean that he has a packed schedule but whenever he is in Chandigarh, Sandhu spends some times with young footballers from the region.

“My advice to the youngsters has been working hard, being honest and to have lot of integrity and values and having a support of good and selfless people around them. Players like Sandesh Jhingan, this year’s Arjuna awardee in football and Anirudh Thapa, men’s emerging footballer of the year, are also role models for Chandigarh youngsters. I would also like to congratulate Sanju, winner of women footballer of the year and Ratanbala, winner of women’s emerging footballer of the year. I believe women’s football is as important as men’s football and we all cheering for them always,” shared Sandhu.