After the inquiry, both the corporators told reporters that they had answered all the questions asked by the police and that they had nothing to do with the riots. 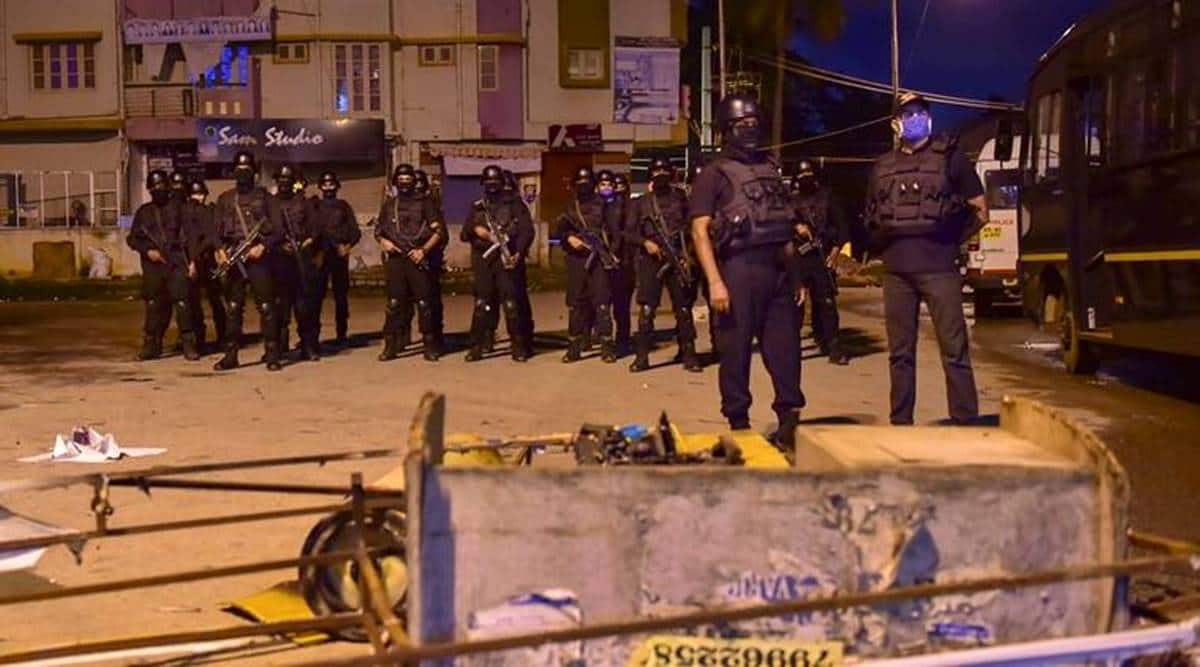 A week after riots broke out in Bengaluru, the Central Crime Branch (CCB) police on Tuesday questioned two BBMP corporators, including a former mayor, in connection with the violence. R Sampath Raj, former mayor and corporator, and Abdul Rakeeb Zakir were questioned for more than five hours at the CCB headquarters.

Raj and Zakir were summoned at the CCB headquarters around 10.20 am and left around 4.30 pm. After the inquiry, both the corporators told reporters that they had answered all the questions asked by the police and that they had nothing to do with the riots.

Meanwhile, Naveen P, Pulakeshinagar MLA R Akhanda Srinivas Murthy’s nephew, who was arrested for uploading a derogatory post on social media which allegedly led to the violence on August 11 in DJ Halli and KG Halli areas, was remanded in judicial custody.

Naveen was escorted to the Bengaluru Central Prison at Parappana Agrahara.

Bengaluru East Division police have continued arrests in connection with the violence and have arrested close to 400 people so far.

“Naveen`s interrogation in the police custody on his derogatory post on social media was completed and now he has been remanded to judicial custody for pending further investigation in the case,” Deputy Commissioner of Police (DCP) Bengaluru East, S D Sharanappa said.