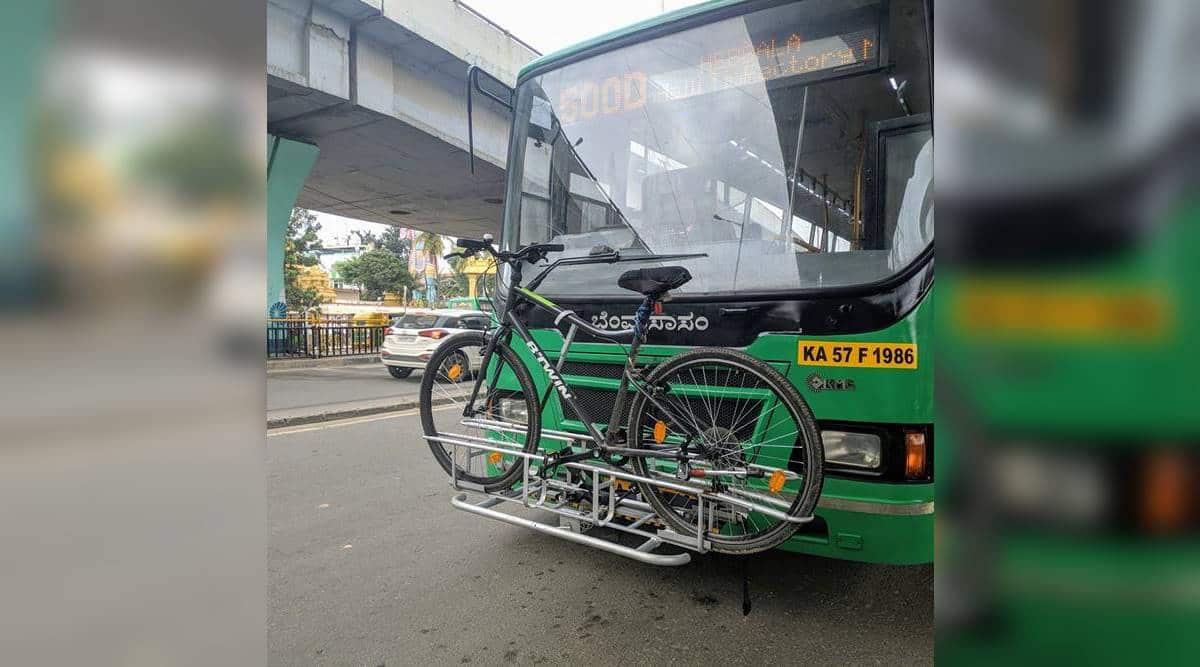 In order to reduce stress on the city’s traffic, the Directorate of Urban Land Transport (DULT) in Bengaluru has decided to come up with dedicated pop-up bike lanes on either side of the Outer Ring Road (ORR) between Silk Board junction and Lowry Memorial College near K R Puram. While the development work is in progress on the 16 km stretch, DULT said 26 wards in the city will fall under Cycling District – I.

“Even though the space required for bicycle lanes is half the width of a car, it results in reducing traffic equivalent to that of five cars. Giving that small space on roads for bicycles gets everyone more space, cleaner air, fewer traffic jams, better health, more productivity, and better economic activity,” he said.

In a bid to popularise this, Sankaran is now on the lookout for bicycle councillors across 198 wards in the city, citing observations that a major share of cycle adoption starts with short trips in the neighbourhood. “Encouraging local commute needs solutions at the local level. Hence we chose to target ward-level leadership to scale the adoption of bicycling and make an impact through interventions. The more the number of people involved in getting people on the bicycle the better we will be at seeing the impact at the city-level,” he said.

Meanwhile, the Bangalore Metropolitan Transport Corporation (BMTC) installed bicycle holders in ten of its buses on an experimental basis. “Even though the initial plan was to deploy these in 100 buses running along the proposed cycle tracks, the same has been now done only in 10 buses as we are awaiting permission from the Centre — as this might lead to modifications of the bus body code — to expand this initiative,” a BMTC official said.

While the modification was estimated to cost Rs 14,000 per bus, BMTC officials said it has been done spending only Rs 4,500 per bus. Among the few users who got a chance to try to use the facility is Nihal Thakkar, a freelance software developer. Welcoming the initiative he said, the rack expands based on the size of the cycle and has a hook that latches onto the bicycle thereby helping in securing it. “However, the staff — the driver and the conductor — seemed to be unsure of how it works even though they were open to people trying the facility. With an increase in traffic in the last couple of weeks in the city, after the coronavirus-induced lockdown, such initiatives will be beneficial to the citizens in many ways,” Thakkar said.

“With very few vehicles on the road, we have seen several communities of friends from the same neighbourhoods preferring cycles to commute from place to place. As work is gradually opening up at offices, I hope this will continue as the young population — including working professionals — considers it a daily mode of workout as well,” Eashwar Amarnath, a fitness trainer in Koramangala said.

However, with the safety of bicycle users in the city still remaining a concern among many, Sankaran opined that proper implementation of communication, design, and penalties for traffic rule violators would make the situation better.

‘Common Man’ statue to come up in Jaipur school
We and our partners use cookies on this site to improve our service, perform analytics, personalize advertising, measure advertising performance, and remember website preferences.Ok