The state government, meanwhile, has asked the universities to decide on the issue of examinations and communicate with the former for a decision to be taken soon. 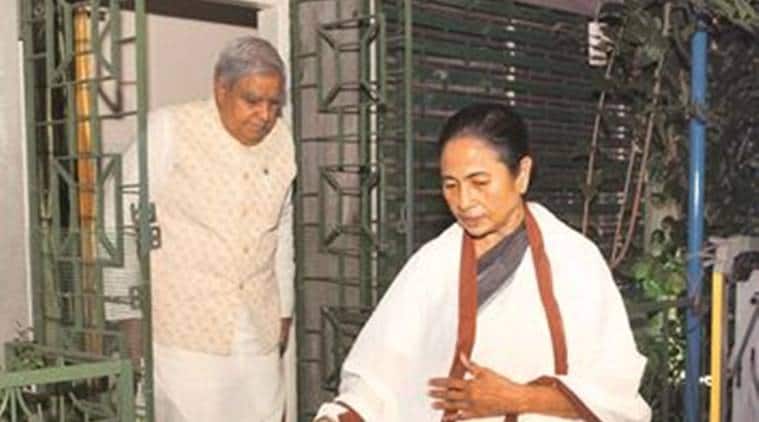 Governor Jagdeep Dhankhar on Thursday wrote a letter to Chief Minister Mamata Banerjee drawing her attention towards students’ issues and calling for the state’s representation in the proposed virtual meeting of university Vice Chancellors on July 15. The letter also proposed to approach both the University Grants Commission (UGC) and Ministry of Human Resource Development (MHRD) over the issues.

“Present stressful scenario has impacted the student community like never before. I have been flooded with a number of representations that highlight their woes and concerns. I have found it expedient to have a Virtual Conference with Vice Chancellors/ Pro Vice Chancellors of all State aide Universities on July 15 2020,” the letter read.

It added that the state government’s participation in the process would be desirable in public interest and would contribute to the speedy resolution of the students’ outstanding problems.

The letter further stated, “As a follow up, in togetherness, we may engage with the University Grants Commission and the Union Ministry for Human Resource Development.”

Recently, the UGC in its revised guidelines stated that the final-year university examinations should be completed by September.

The state government, meanwhile, has asked the universities to decide on the issue of examinations and communicate with the former for a decision to be taken soon.

In the recent past, the Governor, who is also the chancellor of universities, was seen in a stand-off with the state government over the Raj Bhawan’s interference in universities, appointments and other issues.

State Education Minister Partha Chatterjee has recently alleged that the Governor was intimidating the V-Cs. His comments came after Dhankhar had asked V-Cs to directly communicate to him, despite the state government’s rule that made it mandatory for V-Cs to route all communications to Raj Bhawan through the State Higher Education Department. However, the matter was settled after the Governor and CM spoke over phone.

NIA four more arrests
We and our partners use cookies on this site to improve our service, perform analytics, personalize advertising, measure advertising performance, and remember website preferences.Ok