Pramod said police suspect the accused, Shubham, had planned to rob the house, and “it appears a resistance to the robbery led to the crime” 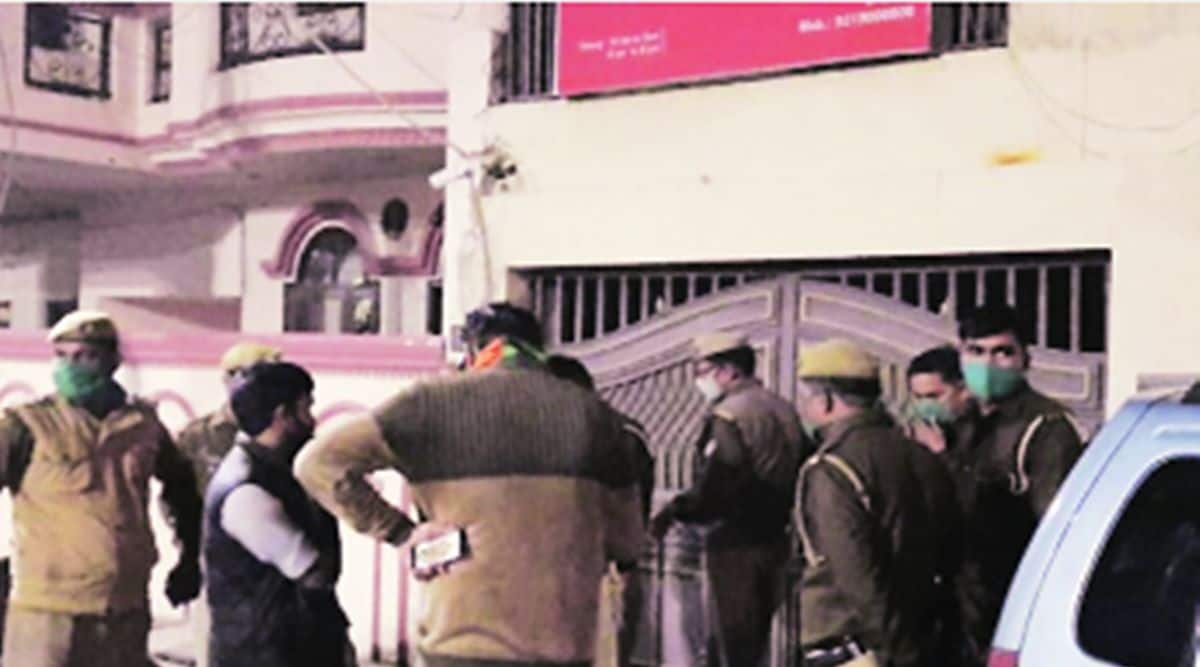 A 38-year-old dentist was on Friday murdered at her home in Agra, and her two children left injured, by a man who entered the house on the pretext of repairing a TV set-top box, the police said.

While the children escaped with minor injuries, Dr Nisha Singhal died during treatment at a local hospital.

The accused, identified as Shubham Pathak, 26, was arrested past Friday midnight and a bag of cash and jewelry, which he had allegedly robbed from the Singhal residence after the murder, was recovered from him, the police said on Saturday.

Dr Nisha ran a dental home clinic and was a private practitioner. Her husband, Dr Ajay Singhal, a plastic surgeon specialising in burns and transplant, was not home at the time of the crime, the police said.

SP (City), Agra, Botre Rohan Pramod said: “We received information that a man had murdered a doctor in her home in Kaveri Kunj, Kamla Nagar. We formed teams and carried out surveillance. We received information on his (accused) whereabouts and traced his bike. Late Friday night, he was arrested after a brief encounter in which he received an injury.”

Pramod said police suspect the accused, Shubham, had planned to rob the house, and “it appears a resistance to the robbery led to the crime”.

According to police, Shubham comes from Sitanagar in Agra and was known to the victim’s family for the last more than a year. He ran an electronics shop in the locality, and the Singhals often called him to recharge their TV sets, the police said.

Around 3.30 pm on Friday, when Shubham came to their house, as Ajay had asked for some repair in the set-top box, Nisha did not have any reason for suspicion since he had come there on multiple occasions earlier, police said. Their two children — aged 4 and 8 — were in another bedroom, they said.

“During investigation, we found Shubham had taken a loan recently and was finding it difficult to repay. It appears he planned to rob the house (to repay the loan). The accused does not have a prior criminal history,” SP Pramod said.

Shubham allegedly had an argument with Nisha, as she objected to giving him money, after which he attacked her with a knife, police said. He got the kife from the house itself and stabbed at Nisha’s throat, leading to excessive bleeding. As the children had seen it, Subham attacked them, too, banging their heads against the wall, the police said.

“The children showed presence of mind. When the accused tried to hurt them, they lay on the ground, pretending to be injured or dead. The accused spared them thinking they had been incapacitated,” Pramod said.

Shubham subsequently emptied the cupboards for cash and valuables and left in about an hour, the police said.

According to the police, Shubham was identified through CCTV cameras installed on the staircase and opposite the Singhals’ house. CCTV images showed him purportedly entering the house, wearing a black helmet, and leaving the area later on a motorcycle, the police said.

After Lucknow, Ghaziabad to raise money through municipal bonds: Adityanath