The farmers, who arrived at Indirapuram’s Ramlila Ground, had nine demands that they placed before the Centre — from an increase in MSP to the freedom to sell in mandis or outside. 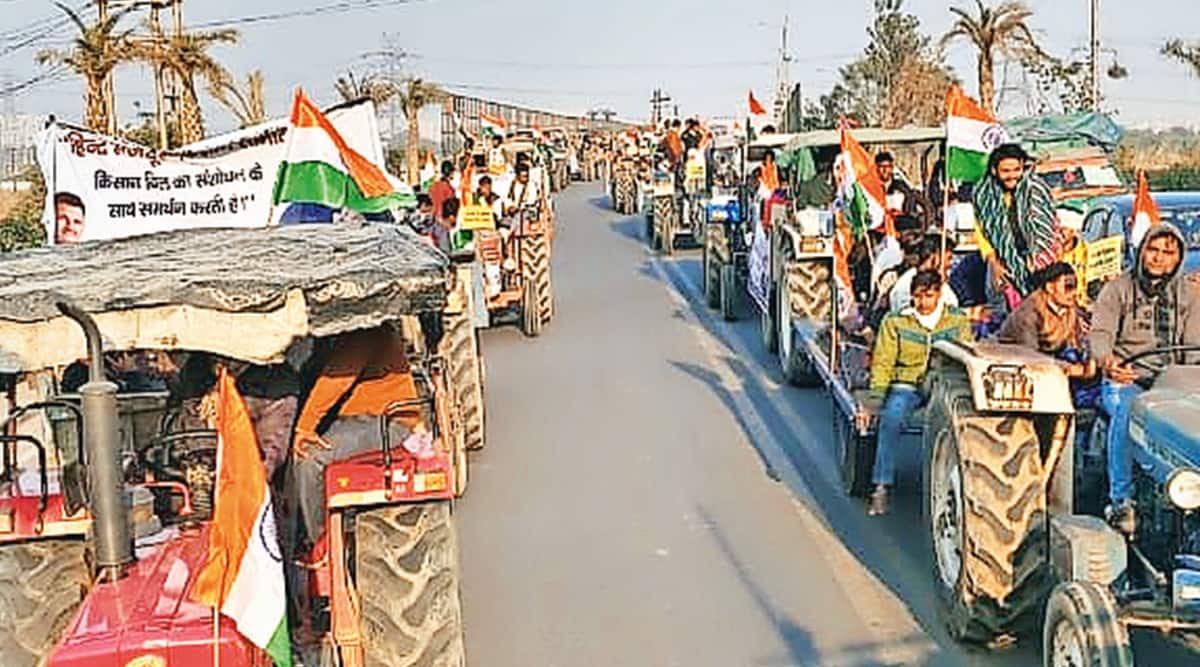 Around 2,000 farmers with over 300 tractors reached Indirapuram from different parts of western Uttar Pradesh Sunday afternoon and held a rally in support of the Centre’s three new farm laws, albeit with some amendments. They returned later that night after meeting Agriculture Minister Narendra Singh Tomar at his office in the evening and being assured their demands would be looked into.

The farmers, who arrived at Indirapuram’s Ramlila Ground, had nine demands that they placed before the Centre — from an increase in MSP to the freedom to sell in mandis or outside. They also demanded that education, medicine and irrigation be free, there should be no age limit on the use of tractors, timely purchase of farm produce, payment in a week, and no cases for burning stubble.

“We support the farmers’ bill but with increased MSP,” said Amit Singh, treasurer of Hind Mazdoor Kisan Samiti (HMKS) and a resident of Mujhera village in Muzaffarnagar district. He said his association returned as the minister assured them their demands would be met: “There is a myth being spread that MSP would not be there and contract would be done on farmers’ land, which is not the case.”

Kanhaiya Lal, a farmer who took part in the protest, said he came from a village in Mathura where he grows mustard. He said he was stopped by police when he came along with others in a tractor and got into a quarrel, but managed to reach Indirapuram.

HMKS secretary Satish, while submitting the memorandum, said the association fully supports the laws that are in the interest of farmers and will end their exploitation at the hands of middlemen.

“We urge the government to consider some amendments to ensure MSP procurement continues, farmers have freedom to sell their produce within and outside mandis, and contract-farming should be on crops, not farm land,” he said.