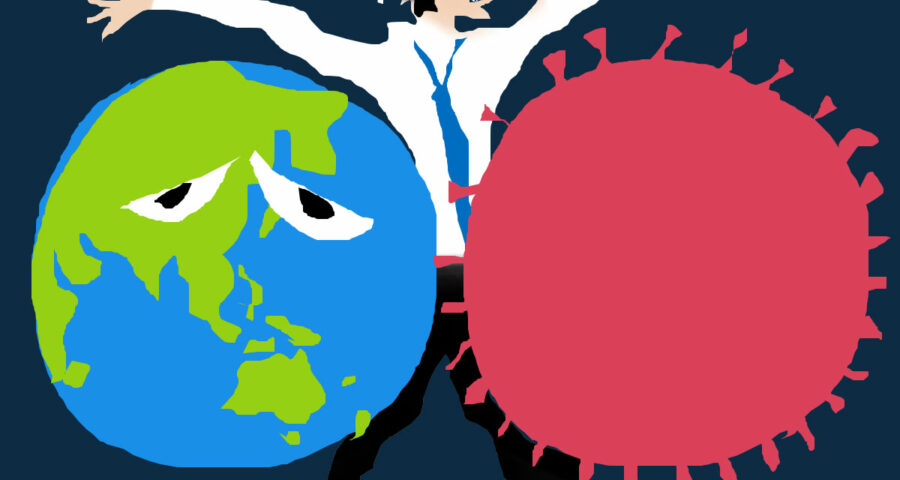 Almost every day, headlines remind you that people, in their hundreds and thousands, are losing their jobs.
Under the circumstances, how do you keep your job safe?
The first step, experts tell Rediff.com‘s Divya Nair, is understanding why layoffs happen.

The Sensex is soaring. And, according to Prime Minister Narendra Modi, we should be proud of the fact that India has become the fifth largest economy in the world.

But what about the future of employment? How safe are jobs in our country?

The last few months, post the pandemic, have been challenging for working professionals across the world and for Indian employees in particular.

It all began in the second half of 2022 when Bengaluru-based edtech major BYJU’s announced its first phase of layoffs ‘to reduce redundancies’ across the organisation ‘after multiple acquisitions’ and let 500 employees go at its group companies WhiteHat Jr and Toppr.

In November 2022, following instructions from its new owner Elon Musk,Twitter laid off 50 per cent of its employees, including a majority of its over 200 employees in India.

Meta, headed by Mark Zuckerberg, also sacked thousands of its employees in the first week of November.

More recently, BYJU’s announced a second series of layoffs whereby they plan to lay off 2,500 employees by March 2023.

India’s biggest travel tech firm, the IPO-bound OYO, also plans to downsize and let go about 10 per cent of its 3,700 employee base.

Rediff.com‘s Divya Nair spoke to career professionals and recruiters from across India to understand how the cushy hiring boom that took place during the pandemic came crashing down on Indian professionals and how ambitious start-ups got their strategies wrong.

What triggered this trend?

According to Anil Agarwal, CEO and co-founder, InCruiter “companies hire and fire employees for their own profit”.

Sunil C, chief executive officer, TeamLease Digital, explains, “The IT market has always been cyclical in nature, with dependency on lot of external factors like inflation and geo-political issues.

“When the tide was high, these companies went overboard in terms of hiring. This led to increased operational cost which, in turn, led to a drop in margins. Layoffs are one of the ways used to bring down costs.”

Harsh Bharwani, CEO and MD, Jetking Infotrain, adds, “People who work in bigger international firms are constantly in fear of losing their jobs.”

The main reasons behind these job cuts, he believes, are the pandemic and global economic slowdown.

“The pandemic compelled some of the larger companies to bear the monthly expenditures of their employees without getting any service from them. This caused them huge losses.

“Big companies are now trying to correct their strategic mistakes and stop this draining of finances due to inefficient employees.

“Global inflation due to Russia’s war with Ukraine and reduced consumer demand have also led to tighter budgets and a tighter staff strength.”

What does this mean for Indian professionals?

Before the lockdown, tech-based companies like Meta and Google had employed a huge number of employees without any prior planning, say some of the experts we spoke to.

Global inflation is also starting to set in and could lead to another economic crisis.

“These companies are taking precautions to survive if the trying time comes, points out Bharwani. “And it’s not just tech-based companies; advertising companies, e-commerce companies — in fact, companies across industries — want to reduce their total expenses.”

While there are early signs of a recession in the western markets, India is still resilient, says Sunil C.

“Different organisations have different reasons for laying off people. Meta, for example, seems to have hired talent for a project whose launch time seems to have delayed. In Twitter’s case, it’s because of a change of guard.”

On the brighter side, Agarwal feels layoffs are not a cause of concern for large companies and is not a contributing factor to recession so it shouldn’t worry talented employees.

“Large companies know that there will not be a scarcity of workers. On the other hand, employees are aware that there will be plenty of companies that are ready to onboard them. Intelligent and talented youth will always get jobs with attractive packages irrespective of market trends,” he says.

Who is at risk?

When a company has to downsize to cut costs, it will, for obvious reasons, first look at jobs that are considered to be cost centres.

This makes both the support staff and mid-management the scapegoats, points out Sonya Hooja, COO and co-founder, Imarticus Learning.

Bharwani says there are three scenarios in which a company decides to sack employees:

a. Employees who are a liability

During a financial crisis, organisations sack those workers who cannot provide any profit to the company.

If an employee is pink slipped from her/his position, it means s/he has performed very poorly in the past months or years.

b. Employees with poor productivity

If a company does not see any productivity in an employee, it will ask that employee to leave. So an employee needs to ensure that he or she is capable of handling the increased pressure that the company is currently facing.

There may be other reasons to sack people, like an employee unwilling to learn new technology that the company needs to be proficient in for its business success.

c. Reduced demand of a product/department/vertical

It is also possible that the company wishes to reduce its workforce due to reduced demand for its products or services.