The rise in premiums could be in the range of 5-25 per cent, depending on the features that each insurance company adds on its products.

Health insurance premiums are set to rise as non-life insurance companies and standalone health insurance firms scurry to revamp their products to include the modifications mandated by insurance regulator Insurance Regulatory and Development Authority (IRDAI).

The rise in premiums could be in the range of 5-25 per cent, depending on the features that each insurance company adds on its products.

Insurance firms have been given time till September 30 to include modifications mandated by the regulator.

From October 1, the products must have the suggested modifications of the regulator. 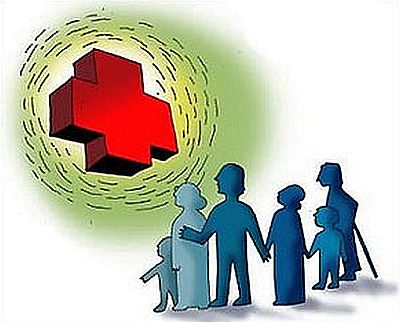 Insurers are using this time to revamp their offerings by adding new features and standardising products, according to IRDAI’s guidelines.

They will launch the revamped products with a higher price within 2-3 months.

“The regulator has called for some changes in health products to bring standardisation in the exclusions and include certain diseases.

“It has given a provision stating that if there has to be any premium changes for the added coverage, and if the premium change is within the range of 5 per cent, it can be done on the basis of certification,” said Rashmi Nandargi, head – retail health, travel & PA underwriting, Bajaj Allianz General Insurance.

“But if the increase is more than 5 per cent, then the regular process of file and use has to be followed.

“So, we are working on the changes and evaluating impact of the proposed changes,” she added.

Amit Chhabra, health business head, Policybazaar.com, said, “The scope of a product becomes much broader as things which were not covered earlier are coming into the ambit of the product.

“This means that prices will rise to compensate for the added coverage.”

On one hand, insurance companies can refile their products and increase the features that the regulator has asked for, which many companies are doing.

On the other hand, some companies are taking this opportunity to revamp their products by adding a range of features.

Last year, the regulator had come out with guidelines.

Essentially, the regulator’s concern was that there was no clarity on what is excluded and included in a health insurance policy.

Every insurance company was framing guidelines according to their convenience and this was a cause for discontent among policyholders.

The regulator has sought to standardise products to improve the current offering in order to be in line with dynamic needs of today.

It is also to ensure that insurers follow prudent practices to protect the interests of policyholders.

“From October 1, every policy copy has to look similar and even the language has to be standardised.

“Similarly, all insurers have to follow the guidelines on the list of consumables that will be covered and not covered,” said Chhabra.

The insurance regulator said all health conditions and illnesses acquired after the issuance of this policy will be covered under it.

Some of the major diseases that must be added in the list include alzheimer, parkinson, AIDS/HIV and morbid obesity.

Some other barred exclusions are behaviour and neurodevelopment disorders, puberty and menopause-related disorders, genetic diseases and disorders.

Also, age-related ailments like cataract surgery and knee-cap replacements would also need to be covered.

Factory workers, working with harmful chemicals that impact health over a long-term period, cannot be refused coverage of respiratory or skin ailments that arise as a result of workplace conditions.