But Kelly Gale may have taken her fitness routine too far on Wednesday after she was accused of being insensitive by exercising outside an In-N-Out burger restaurant.

As guests walked in and out of the Monterey, California establishment carrying fast food, the  23-year-old worked up a sweat using a skipping rope. 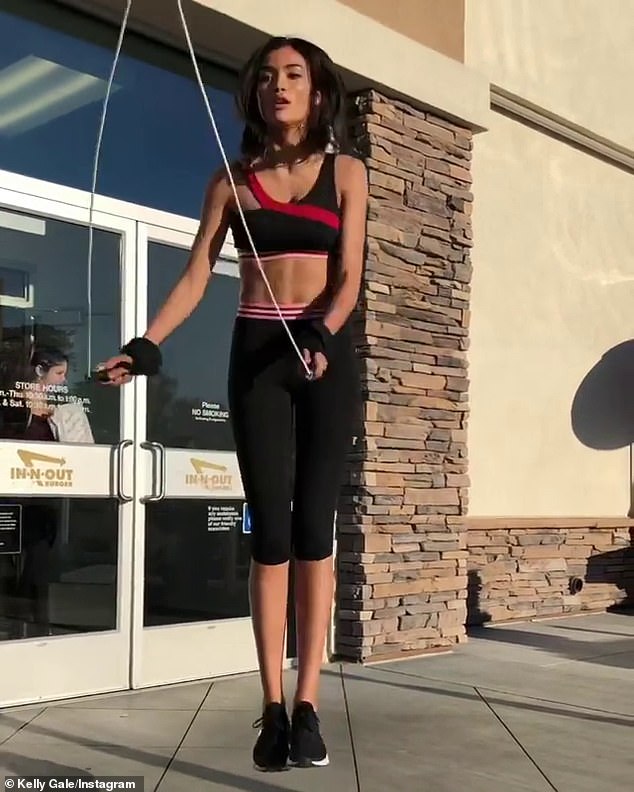 A video posted to Kelly’s Instagram showed her arriving at the restaurant with friends before eating fruit instead of ordering food inside.

She then launched into a workout in full view of customers entering and leaving the restaurant.

Kelly wore skintight activewear including a sports bra and cropped leggings which highlighted her slender physique. 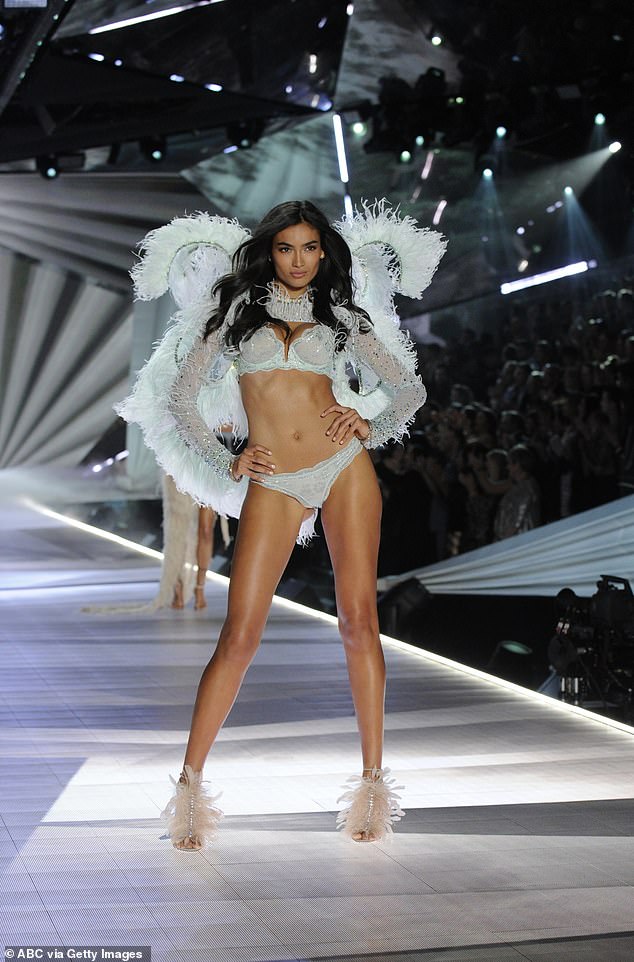 That’s how she does it! Kelly, who just walked in her fifth Victoria’s Secret Show, is often working out to maintain her runway figure 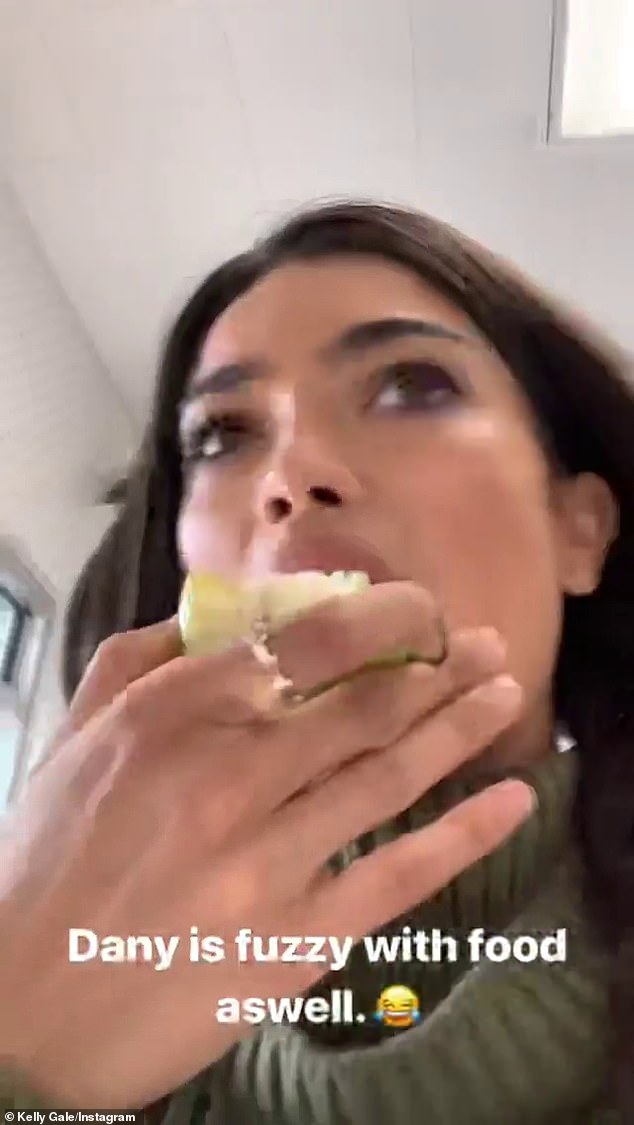 ‘Guess I am having my pear’: A video posted to Kelly’s Instagram showed her arriving at the restaurant with friends before eating fruit instead of ordering food inside

While skipping and performing core exercises, several passers-by could be seen looking at Kelly rather quizzically.

The fact she was positioned directly outside the front entrance to In-N-Out Burger meant several patrons had to walk around her.

In the caption, she claimed there were ‘no excuses’ when it came to healthy living and encouraged her fans to squeeze in workouts whenever possible. 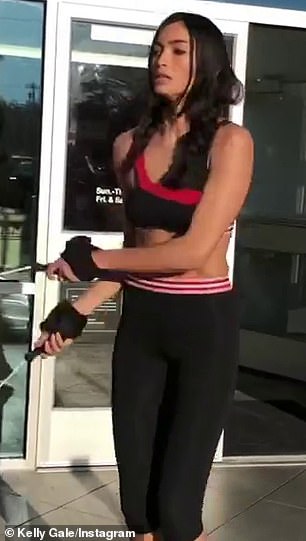 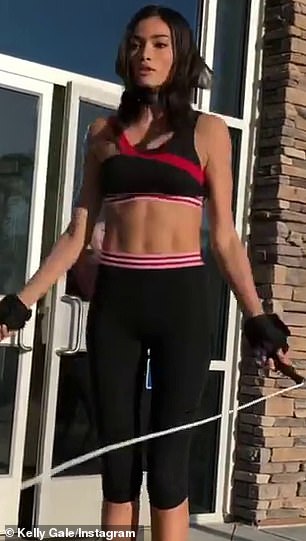 ‘This is low key kinda f**ked up’: Kelly then launched into a workout in full view of customers entering and leaving the restaurant in upmarket Monterey, California

She added: ‘Not gonna pretend I was eating here’.

Several Instagram followers were left confused at Kelly’s behaviour, with one commenting: ‘Way to make people around you feel very uncomfortable.’

‘This is low key kinda f**ked up,’ another person wrote.

‘Were you trying to guilt-trip their customers,’ one social media user asked the model.

Another said: ‘I bet this made a lot of people feel bad about buying In -N-Out.’ 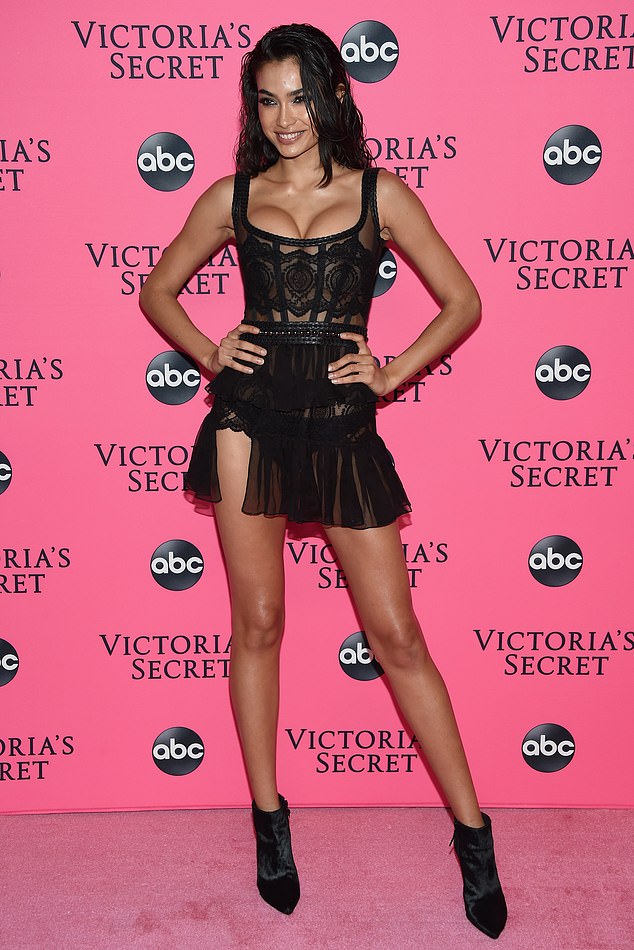 However some fans applauded Kelly’s determination, with one commenting: ‘I need to get on this level.’

After Kelly finished her workout routine, a friend apparently bought her ‘every vegetable they had in the store’. 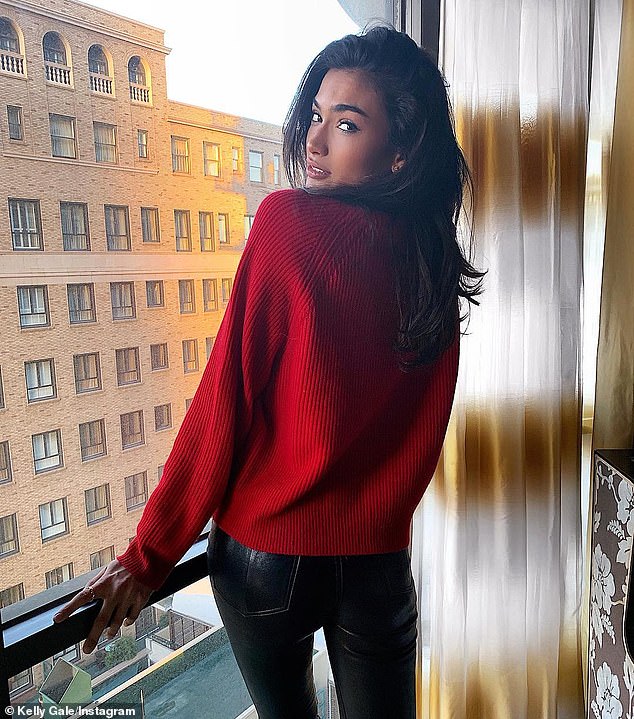