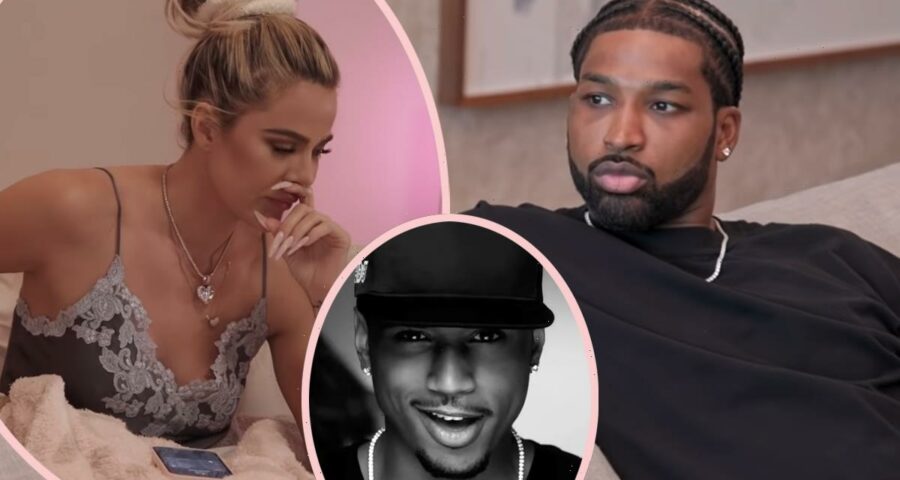 What is Tristan Thompson trying to say here? The NBA star went full Cryptic Khloé for his latest post on his Instagram.

On Wednesday, he posted a quote on his IG Stories that was all about feeling guilty and living in the past, and at this point there’s so much drama going on with him and ex Khloé Kardashian, we frankly don’t know quite how to interpret it! The inspirational poster-style proverb read: 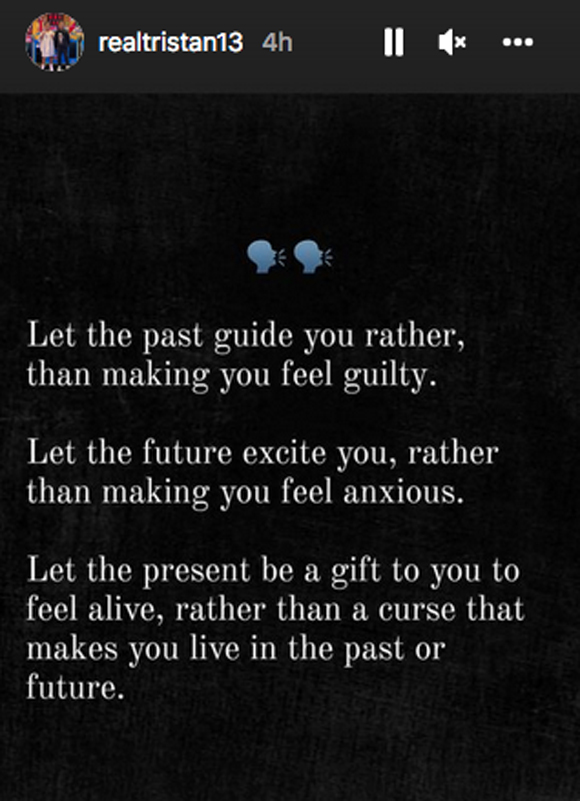 Clearly there’s plenty for Tristan himself to feel “guilty” about. We’re less than three months out from the reveal that he cheated on Khloé yet again — and fathered a child with another woman, Maralee Nichols. Not that guilt has ever been much of a driving factor for the basketball player. We mean, he didn’t even confess and apologize for his actions until after Nichols’ lawsuit proved his paternity.

We’d certainly expect all of that to be weighing heavily on his conscience considering it seems to have finally ended his relationship with Khloé for good. But maybe not?

Like we said, the paternity drama has been going for months. This post happens to come just days after his ex was rumored to have finally moved on with… Trey Songz?!

Yes, the R&B singer — whom she had an exciting fling with back in 2016 — seems to be back in her life, reportedly messaging her all the time recently. The two have already been seen together, and rumor has it she immediately sprang into the role of shoulder to cry on while he goes through his… *checks notes*… multiple horrific rape allegations. Sigh. (For what it’s worth, Khloé’s family are said to be “appalled” and trying to get her to stop.)

Considering Khlo and Trey had a thing once before — predating Tristan — maybe the whole living “in the past” aspect of the quote popped for him?

What do YOU think he’s trying to say? And to whom is he trying to say it?! Is he just trying to move on Let us know your thoughts in the comments (below)!