Since propelling into the spotlight on TikTok stardom, Charli D’Amelio has led a life most can only dream of. And while most fans wills never know what it’s really like to step into her shoes, they can at least pretend when Halloween rolls around. The spooky holiday is fast approaching, and what better time to embody the TikTok queen herself? These Charli D’Amelio 2020 Halloween costumes will have you feeling like the social media elite.

Charli has an incredibly distinct style, so it won’t be hard to channel it when Oct. 31 rolls around. She’s known for her athleisure-chic looks on the app, and her signature low ponytail somehow always looks effortlessly flawless. That being said, when it comes to channeling D’Amelio, there’s a multitude of ways to go about it. Some you could probably pull together by digging through your own closet, while others call for some creativity. Either way, these Charli D’Amelio costume ideas will have you standing out from the crowd this year.

Charli loves iced coffee so much, so as the northeastern native she is (she hails from Connecticut), she received her very own Dunkin Donuts drink named in her honor. The coffee chain debuted their "Charli" cup of joe on Sept. 2, and it had TikTok fans running to their local Dunks.

According to a press release from Dunkin Donuts, the new drink is Charli’s go-to coffee order, a Dunkin’ Cold Brew with whole milk and three pumps of caramel swirl.

When Charli went to try out the drink for herself, she showed up in a bright orange crop top that perfectly matched the brand’s signature logo. If you step out in the same ensemble and slap the "Charli" in your hand, your friends will surely know who you’re dressed as. For good measure, toss a Dunkin Donuts visor on top and you’re set to take on the caffeine-fueled night.

In case Charli’s obsession with iced coffee wasn’t already apparent through her partnership with Dunkin Donuts, she launched an entire line of iced coffee-inspired apparel. The social media starlet is already known for her love of hooded sweatshirts, and she tossed her coffee logo on black and gray hoodies on her official site.

To channel Charli all the way, you’ll want to style the hoodie with simple black leggings, and toss your hair into a high messy bun. 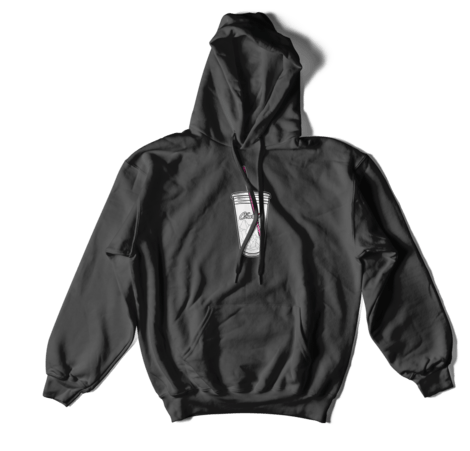 It’s hard to forget the time Charli dyed her hair electric blue. Not only did it look fierce, but it was one of her riskiest style looks to date. So it’s only fitting the memorable look receives a second round of appreciation this Halloween.

Charli opted to dip-dye only the bottom half of her hair to create the look, so you’ll want to keep your roots your natural hair color. While Charli didn’t disclose what brand she used, Eva NYC makes a dye that is not only similar in color, but washes out easily so you can switch up your look instantly. 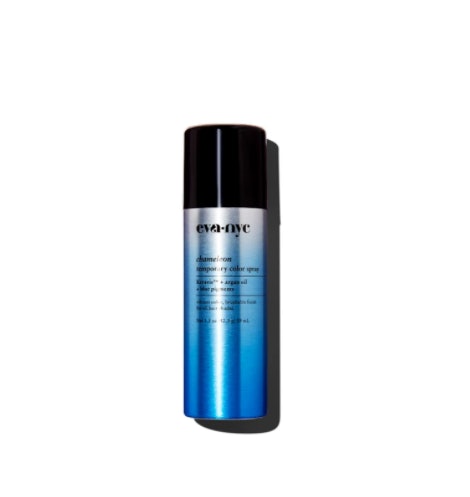 You can see Charli’s blue ‘do below.

There was a time when a very particular green sweater of Charli’s saw a lot of action on TikTok. In fact, when one fan decided to dress like Charli for a day, that’s where she pulled her inspiration from.

Charli loves pairing a simple pair of leggings with a hoodie, and green has been her go-to color for a number of TikTok videos. To channel one of her most iconic looks, Charli fans should reach for a teal sweater black leggings, and a ‘C’ necklace to make no mistake: you’re Charli for the night. 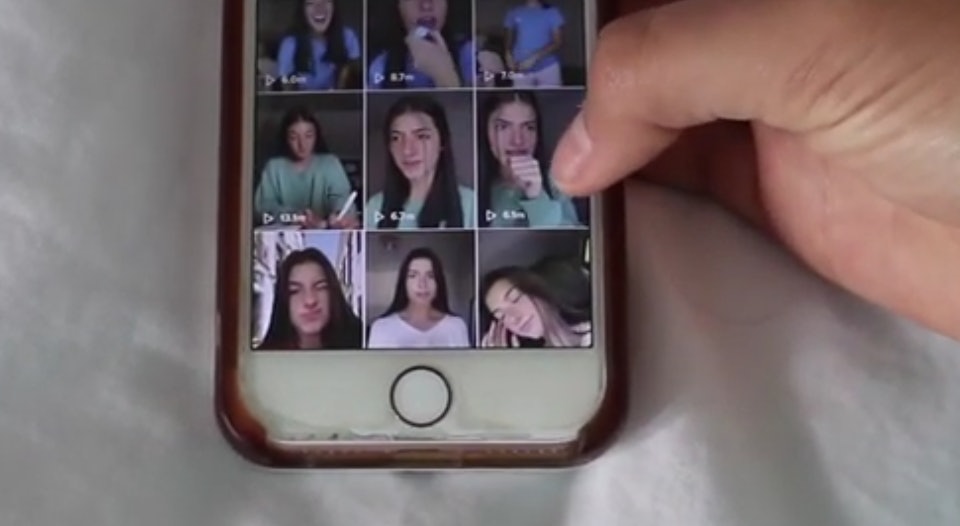 For a similar look, Gap’s got you covered. 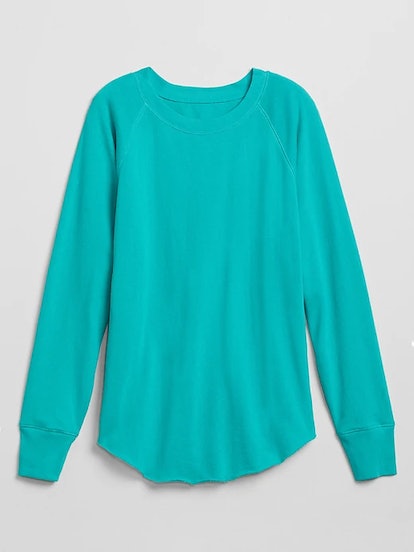 If you’ve got a sibling at home, dressing up as Charli and her sister Dixie D’Amelio could be the perfect duo costume. Despite being a few years apart, the D’Amelio sisters often get mistaken for twins, so this is a good costume to try if your sibling looks like you or is close in age.

For starters, you’ll want to incorporate lots of minimalist colors, denim, or crop tops into your outfit options. While the D’Amelio sisters have been known to coordinate their ensembles, sometimes they decide to completely twin.

missin my sissy | 📸 by @bryant

missin my sissy | 📸 by @bryant

To pull of this instantly recognizable moment from the sisters, all you really need is a simple white crop top and distressed denim. This tank option from Forever 21 is super similar to the one the girls have. 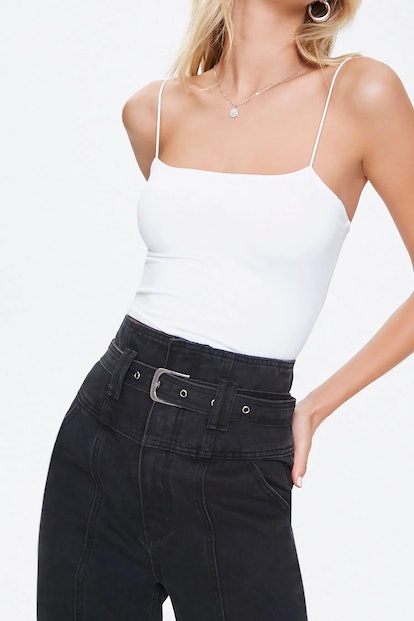 Then, just grab an old pair of ripped jeans and you’re good to go. If you want to go the whole nine yards, it’s easy to re-create the floral background buy buying sheet of floral-print removable wallpaper and pasting it onto a poster board for a backdrop that will make any photo pop.

They say style can be imitated, never duplicated, but that doesn’t mean fans can’t come close.