The actress is a keen practitioner of pagan Wicca magic, so it comes as little surprise to discover that her book is a heart-warming tale of mystery, spells, witches and wizards. “I’m a practising hedge witch,” explains Samantha, who sells spell kits via her Facebook page. “A lot of witches work in covens, but a hedge witch works alone, so if I do any spells I do it all on my own.

I make anything from a love spell, for someone trying to find a soulmate, to a cleansing spell for if you’ve just moved house, or you feel that your house has a strange energy.

“I do Change of Luck spells, Sell Your House spells, New Moon wishes, protection spells and Phoenix spells, which are for people trying to transform themselves, for example by trying to lose weight.

“The kits contain natural products – crystals, candles, leaves and herbs. I don’t very often make spells for myself, but I keep rosemary by the front door because it’s said to be lucky. It’s something I’ve always been interested in. I love nature and the outdoors and a huge part of Wicca is following the natural cycles of the year.”

Samantha, much-loved for her portrayal of Emmerdale’s popular Bernice Blackstock, can certainly vouch for the efficiency of her incantations, having cast a love spell just three months before she met her husband Sean, a theatre production manager. Not that Sean himself is a convert to the subject…

“He thinks it’s all a load of rubbish!” Samantha, 49, laughs. “I told him about the love spell after we met. He thought it was nonsense, but that’s fine. Sometimes you clash if you’re too similar.” 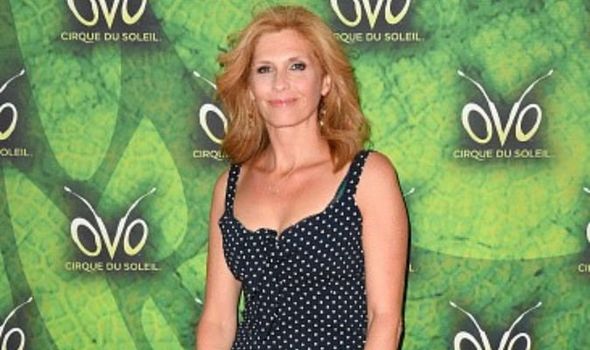 Samantha began writing her book, Rosemary and the Witches of Pendle Hill, in 2017 after a vivid dream in which she was living in a house with four witches and wizards.

“The characters were so clear and detailed that I woke up and thought I’d got to write about it,” she says.

Aimed at eight to 12-year-olds, it tells the story of an actress and two young daughters, Rosemary and Lois, who share their home with four witches. When one of the witches disappears, the two girls set off on a magical, but hazardous journey to find her. The book also touches on the famous Pendle witch trials of 1612, when 11 people were executed after being found guilty of murder by the use of witchcraft.

“The Mum is loosely based on me, because she does little spells for people and the girls are based on my two,” says Samantha, who is mum to Eve, 12 and Olivia, eight.

“There’s a lot of humour in the story and plenty of action and I also brought in the issue of mental health.

Samantha was working on Emmerdale at the time, so wrote the book over nine months on her days off. It then took a further three years of painstaking determination to get it published.

“It’s incredibly difficult to get a literary agent, I had no idea,” she explains. “People said to me, ‘Oh, you won’t have a problem getting a book published because you’ve got a high profile.’ But I don’t think it made an iota of difference. I didn’t get anywhere for a while and then once I got an agent it was a case of polishing the book and getting it ready for them to submit it to publishers.”

The novel was rejected by 20 publishers and then lockdown was imposed, so Samantha put the project on the back burner.

But then suddenly in April she received an email out of the blue telling her that Agora Books wanted it.

She says: “I went into lockdown thinking there was absolutely no chance of anything happening and I accepted that maybe it was never going to happen, so it was a real surprise when they were interested and wanted to publish it quite quickly.”

Although she is thrilled at her new role as an author, Samantha is hopeful that once social distancing regulations are eased further, she will be able to resume her acting career too. Having landed the role of Emmerdale’s ditsy Bernice in 1998, she initially stayed with the show for four years.

Then she spent three years as nurse Sally Boothe in the much-loved Sunday night drama series Where The Heart Is.

She was then a regular in Hollyoaks for two years, but was tempted back to Emmerdale in 2012, staying for seven years, before leaving last November in a storyline that saw Bernice move to Australia.

The character started out as a barmaid at The Woolpack, but ended up as the landlady after inheriting the pub from a guilty friend who had cheated with Bernice’s fiance. In her Dales years she was married, divorced, had a series of tempestuous failed relationships and opened a beauty salon called Beauty and Bernice.

Samantha won Best Soap Actress at the TV Quick awards in 2000, and was nominated for Sexiest Female at the 2002 British Soap Awards. Just four months after she left, lockdown forced an end to filming on all television productions and while some shows have returned, much filming remains suspended and most theatres are still closed.

Does Samantha regret her decision to leave the security of a soap job when she did? “No,” she says firmly. “I feel frustrated about the timing, but it was meant to be.

“I was meant to be at home with the girls and spend time with them. I’ve accepted it and I think I absolutely left at the right time. 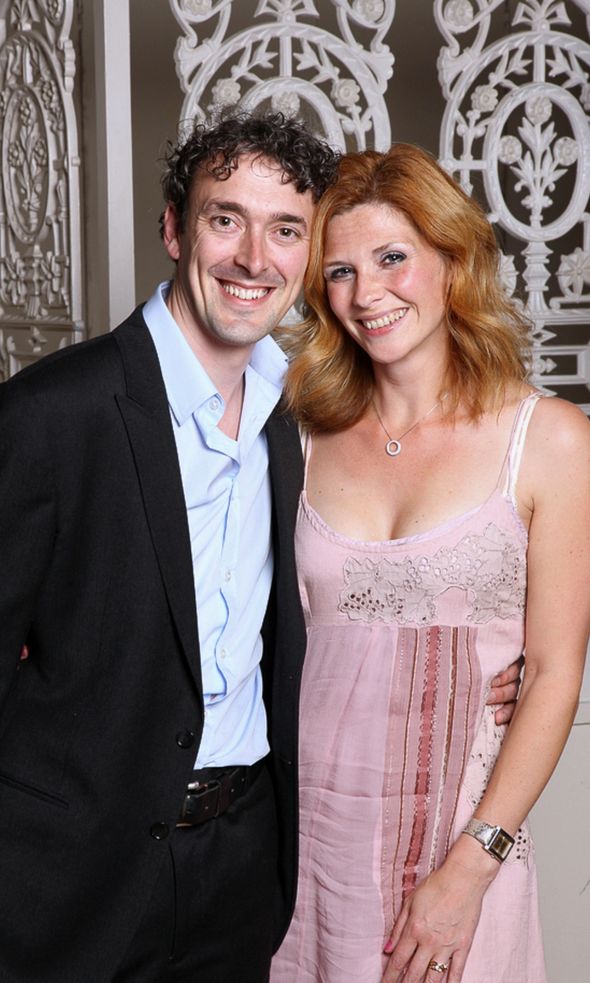 “I’d thought about it for a couple of years. I had a wonderful seven years there, but I really felt that I’d explored the character and it was time to go on and play some other parts.

“I’d maybe like to play a baddie or a bit more serious part. I loved the comedy, but in a way there’s only so much you can do before it feels a bit frustrating that you never get any big stories.

“But never say never. They’ve left it open, which is very kind, because once you’ve said you want to leave, you can’t then ask not to be killed; you have to go with whatever they want to do.

“But my character has just gone to Australia, so it would be very easy to pop back.”

As well as schooling her daughters at home in Liverpool, Samantha also spent much of lockdown writing. She’s begun working on a sequel to Rosemary and the Witches of Pendle Hill and recently finished another children’s book. She’s also been keeping busy with witchcraft commissions via her Facebook page, entitled Samantha’s Spells.

The actress’s interest in magic came from her mum. “When we were younger she had a little bit of a psychic ability and could look in your hand and tell you things,” she recalls.

“As she’s got older that’s gone, but she still gets very strong feelings about people.”

Samantha began to take it more seriously when she found herself out of work after the birth of her eldest daughter Eve. She began putting spell kits together and going round psychic fairs to sell them.

Despite stellar success as an actress, she has always continued to practise her magic and remains undeterred by the doubters. “Loads of things aren’t scientifically proven are they? But it doesn’t mean to say they don’t work.

Samantha Giles’ book Rosemary And The Witches Of Pendle Hill Agora Books, £6.99, out next Thursday, is available to pre-order on Amazon and from your local bookshop (suitable for ages 8-12)